Zhang Qingling collapsed to her hands and knees in front of the six-metre-tall bronze statue of Mao Zedong, praying at the feet of the long-dead founder of the People's Republic of China as though he were a deity who could answer her.

"I sincerely worship him with all my heart," said the 59-year-old retired teacher, after circling the base of the statue three times with her hands folded. "I grew up in his arms. We are living very happily now, thanks to him. He prays for our families and our safety. I have a bust of Grandpa Mao in my home, and I come here every year."

Her words were soon drowned out by the blare of the song The East is Red. Two dozen men in their 50s and 60s stepped forward, right fists raised, to renew their vows as members of the Communist Party of China.

Only the instrumental version was played Saturday morning on Mao Zedong Square, but every Chinese person knows the lyrics: "The east is red, the sun rises. From China arises Mao Zedong. He strives for the people's happiness. Hurrah, he is the people's great saviour!"

"If there was no Mao Zedong, there could be no new China," said a middle-aged man who laid a bouquet on behalf of the official athletics department of northeastern Liaoning province. He refused to give his name.

That Mao changed China's course is indisputable. But the chairman's deification in Shaoshan would make anyone who understands China's recent history squirm.

In Shaoshan, he's Mao the devout Communist, Mao the great military leader, Mao the poet, Mao the dutiful son. Left out entirely is Mao the madman whose ideological campaigns led to the deaths of tens of millions of Chinese and the impoverishment of the entire country. A similar gap remains in China's official history books, where Mao's crimes either get scant mention or are portrayed as being overwhelmed by his accomplishments. (The official verdict on Mao is that he was "70 per cent right, 30 per cent wrong.")

Several thousand Chinese make the pilgrimage every day to Shaoshan, a scenic town in the mountains of central Hunan province where Mao was born and lived until the age of 18. The number of "red tourists" will surge later this year as Shaoshan gets ready to celebrate the 120th anniversary of Mao's birth in December. The town is undergoing a $2.3-million facelift to get ready, including the renovation of a museum containing 6,000 Mao artifacts.

Most visitors come in groups organized by their workplaces. They lay flowers beneath the statue that cost anywhere from 59 to 1,000 yuan – the equivalent of $9 to about $160 – per bouquet.

When the Communist Party introduced its new Politburo last fall, there was a flicker of hope that Xi Jinping, Mao's latest heir as paramount leader, would take steps to unbolt the ruling party from Mao's legacy, especially since Mr. Xi himself was a victim of Mao, having spent seven years living in a cave during the Cultural Revolution of the 1960s and 70s after his father was purged by Mao.

While Mr. Xi has called for some legal reforms – the Party has promised to end the hated "re-education through labour" punishment system first implemented to punish those Mao deemed "rightists" – he has thus far continued to cite "Mao Zedong thought" as a basis for how the country should proceed. The constant references to a man who advocated class struggle to achieve social equality are at odds with the reality of a country that abandoned most of his ideas decades ago.

Nonetheless, in a key speech he made just days after taking on the post of secretary general of the Communist Party, Mr. Xi quoted from two poems by Mao before laying out his own ambition to lead a "great rejuvenation of the Chinese nation."

"The reason why the Party has clung to Mao for such a long time is that they see him as attached to their legitimacy as a ruling party," Zhang Lifan, a Beijing-based historian whose father was a Mao-era cabinet minister who was purged as a rightist, said in a recent interview.

"I think Mao's theories have now become a negative property for the ruling party. But they have to take on the negative aspects of Chairman Mao as an historical burden." 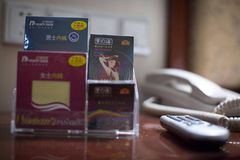 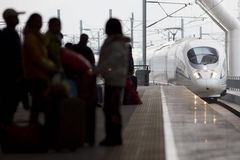 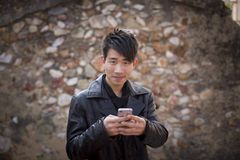 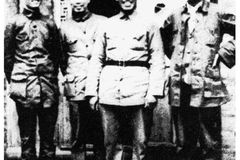