Skip to main content
The Associated Press
Published May 4, 2015

Canadian military aircraft bound for Nepal  had to briefly stop flying in to the earthquake-stricken country after Kathmandu closed its airport to heavy planes, out of fears that its runway was damaged by tremors, the Globe and Mail's Nathan Vanderklippe reports.

Before the closure Sunday, two Canadian C-17 Globemasters had arrived in Nepal, delivering 85 members of the Disaster Assistance Response Team. But two subsequent flights were initially forced to hold in Delhi and Cologne, Germany, leaving people and goods waiting far from the disaster area. Flights were resumed early Monday, but only to aircraft that can prove to Nepal authorities they weigh less than 196 tonnes.

Under the new rules, a third Canadian Globemaster — the one that had been holding in Delhi — was able to land.

Questions over the ability to land Globemasters, which can carry 75 tonnes of troops and equipment, threatened to throw a major wrench into a relief mission already struggling to operate across massive distances. Using the Globemasters, Canada expected to need 48 hours to complete a single one-way flight from Canada to Kathmandu. The alternative was to fly C-130 Hercules that are smaller and slower with less cargo capacity.

The landing hiccup came as another example of the difficult situation on the ground in a country that has now counted more than 7,000 dead, amid destruction that has levelled countless homes.

Canadians on the ground have been moving toward Sindhupalchok, one of the most heavily-affected regions int he quake. "We're pushing an initial medical capability out there," said Lt.-Cmdr. Kelly Williamson, spokeswoman for the Nepal mission. Troops have worked alongside NGOs like the World Food Programme and Save The Children.

Canada has purchased five Globemasters since 2007, the most recent bought for $415-million, to bolster its strategic airlift capacity. 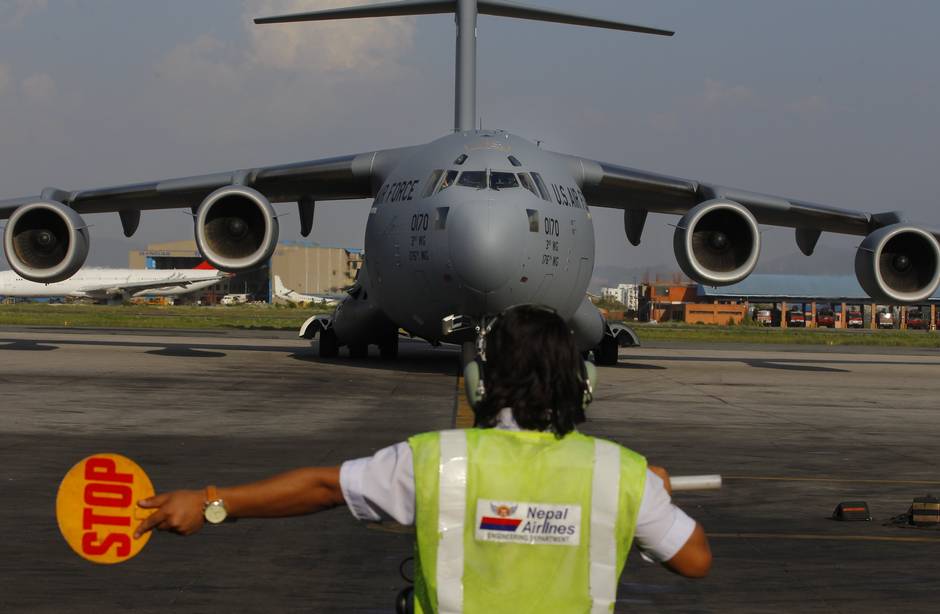 Nepal is urging foreign rescuers to return home or go to rural areas saying most of the rescue work is over and the remaining operation can be handled by local workers.

Information Minister Minendra Rijal says the major rescue work in the urban areas of the capital Kathmandu and surrounding areas has been completed and there was no need for experts.

The came to the decision after a meeting of the emergency relief committee late Sunday.

Since the April 25 earthquake, 4,050 rescue workers from 34 different nations have flown to Nepal to help in rescue operations, provide emergency medical care and distribute food and other necessities. At least 7,276 people were killed and 14,267 injured in the quake. 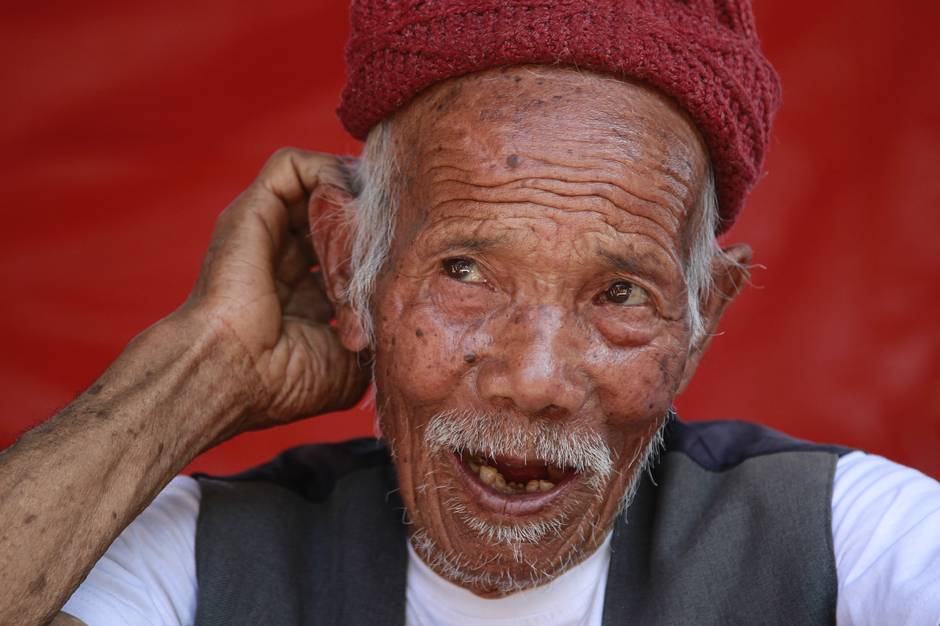 Funchu Tamang’s ordeal is yet another of the extraordinary stories of resilience and survival coming out of Nepal after it was rocked by a 7.8-magnitude quake that has killed thousands and left hundreds of thousands more homeless.

Tamang, who believes himself to be 101 years old, suffered a couple of broken ribs when he was hit in the chest by a rock as his humble hut of stacked grey stones collapsed onto him. He was pulled from the wreckage by his daughter-in-law, weak and delirious. A police helicopter eventually transferred him to a makeshift clinic set up in the parking lot of the district’s medical office in the partially ruined town of Bidur.

Two days after receiving treatment for a partially collapsed lung and some cuts, he was alert and sitting upright, chatting. His injuries were mostly healed, to the point where doctors said he could go home Tuesday.

This is the second devastating earthquake Tamang has lived through, although he barely remembers the 1934 treblor. Still confused by the ordeal he wonders if he may be testing fate a bit too far. 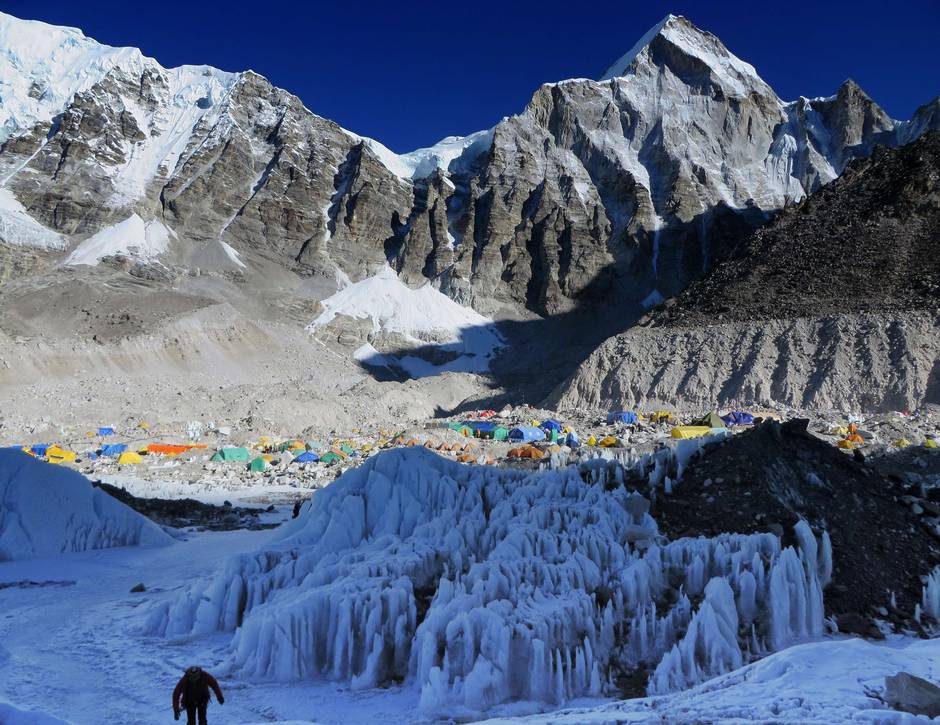 Sherpas in Nepal are refusing to rebuild the route on Mount Everest that was destroyed by an earthquake-triggered avalanche more than one week ago, a decision which will likely end this year’s climbing season.

Gyanendra Shrestha, an official at Nepal’s Mountaineering Department, said the Sherpas informed the office on Monday that they were not going to rebuild the route.

Mountaineering teams have until the end of the month to climb the peak, but without the route fixed it is not be possible for them to make their climbs. The Sherpas play a crucial role by bringing the ladders, ropes and equipment needed to clear the trail.

Related: Stoic Sherpas stare down long path to recovery at Everest Base Camp 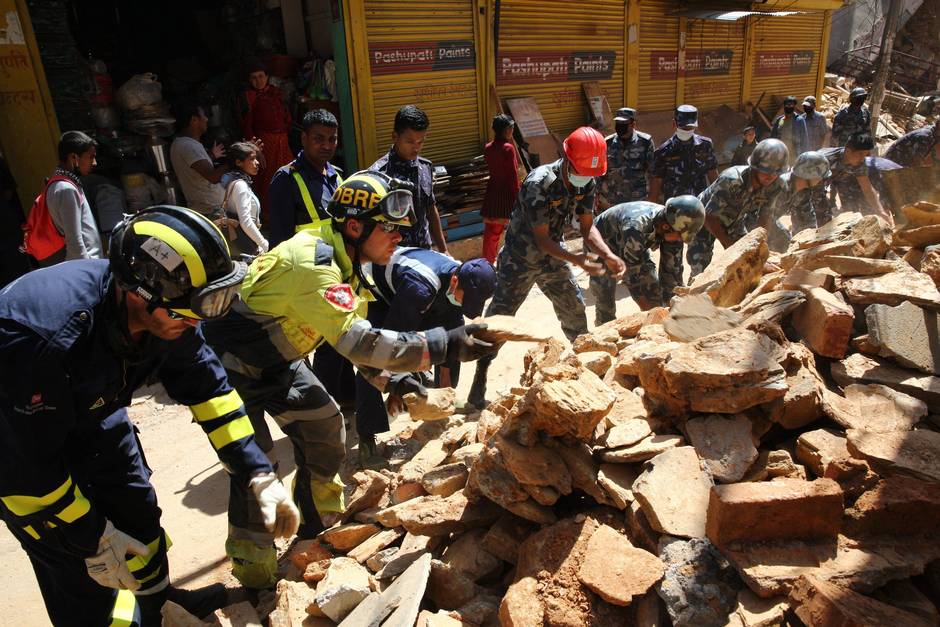 Nepali police and local volunteers found the bodies of about 100 trekkers and villagers buried in an avalanche set off by last month’s devastating earthquake and were digging through snow and ice for signs of dozens more missing, officials said on Monday.

The bodies were recovered on Saturday and Sunday at the Langtang village, 60 kilometers(40 miles) north of Kathmandu, which is on a trekking route popular with Westerners. The entire village, which includes 55 guesthouses for trekkers, was wiped out by the avalanche.

The dead include at least 7 foreigners but only two had been identified.

It was not clear how many people were in Langtang at the time of the avalanche but other officials said about 120 more people could be buried under the snow.

The April 25 earthquake has killed 7,276 people and wounded over 14,300. Nepal’s Tourist Police reported that a total of 57 foreigners have been killed in the quake, and 109 are still missing, including 12 Russians and nine Americans. 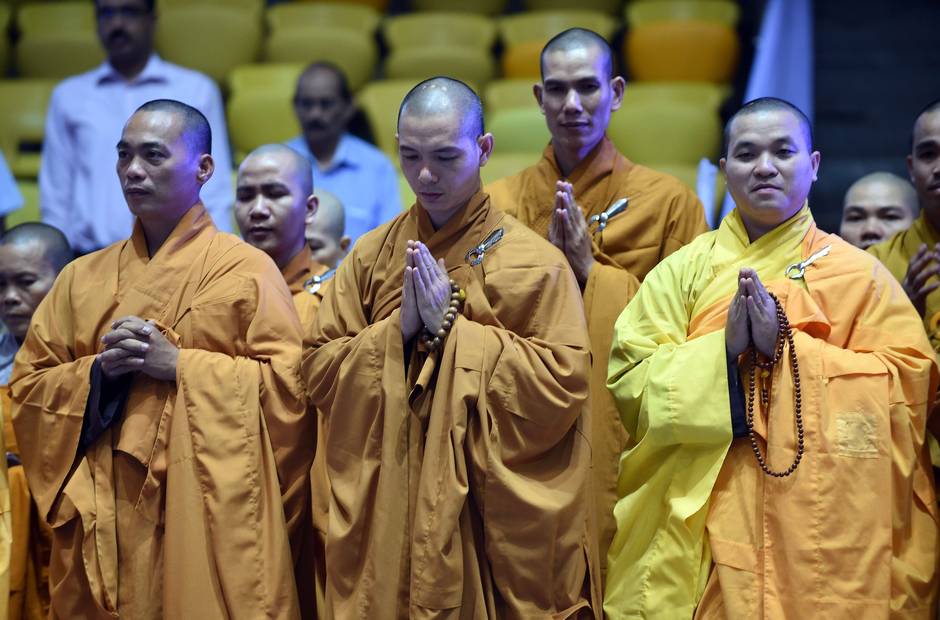 Hundreds of people have visited Buddhists shrines and monasteries in Nepal’s quake-wracked Kathmandu to mark the birthday of Gautama Buddha and to pray for the country.

At the Swayambhunath shrine, located atop a hill on the northwestern edge of Kathmandu, hundreds of people chanted prayers Monday along with monks and nuns, as they walked around the hill where the white iconic stupa with its gazing eye is located.

The festival of Buddha Purnima marks the triple events of Gautam Buddha’s life: his birth, his enlightenment and his attaining a state of Nirvana that frees believers from the circle of death and rebirth.

Files from Reuters were used in this report