Lin Jun was a gentle soul, the kind of guy who went to see The Smurfs movie in 3D and who posted photographs of his beloved tabby cat and snowy Montreal street scenes for his friends back home in China to see.

The 33-year-old Mr. Lin, who police have suggested might have been romantically linked to the man who murdered and dismembered him a week ago, gave himself the nickname "Justin the Villain" on his Weibo account, a moniker that seems at odds with the soft personality that comes through in most of his postings.

But dark thoughts clearly came to Mr. Lin from time to time. On Valentine's Day last year, he posted a computer-altered photograph of himself with wild purple hair and a cracked face that turns grey around a mouth of broken and missing teeth. "My self-portrait," he wrote beneath the repulsive image.

In another on-line posting a month before he was murdered, Mr. Lin took a photograph of an empty Montreal subway car. His mystifying caption "midnight cannibalism train," led some Chinese Internet users to speculate Saturday that he was somehow foreshadowing his own gruesome death. (Police say some of Mr. Lin's body parts were eaten before his hand and foot were mailed to the offices of political parties in Ottawa. Mr. Magnotta flew out from Montreal to Europe the day after the killing, and is the now target of an international police hunt.)

Mr. Lin also used the online user name Justin Rain, the name of an actor with a minor role in the Twilight vampire saga. And, once in Montreal, he registered the web domain homoBJ.com.

Other images on Mr. Lin's Weibo page are much more pedestrian: a poster promoting the 3-D version of the movie Titanic, a robot he and his classmates built for a "mascot competition," and links to romantic French songs, as well as several postings mourning Apple founder Steve Jobs. "We lost Steve Jobs forever" he wrote following Mr. Job's death last year. "We lost you forever," a friend replied Saturday on the same page of his Weibo account.

Also pictured on Mr. Lin's Weibo is a medical bracelet from the Montreal General Hospital, where he was admitted last August after getting his hand caught in a subway door.

Mr. Lin was clearly very lonely, and somewhat narcissistic. He's alone in nearly all of the photographs posted to his account. In many of them his chiselled body is either partially or fully naked.

He was also brave. Despite the conservatism of Chinese society – where homosexuality was considered a mental illness as recently as 2001 – he was openly and seemingly proudly gay. (That homophobia lingers in China. Scattered among the thousands of posts on Weibo mourning Mr. Lin's death were a large number suggesting it was his sexuality that lead him into a dangerous situation.)

Born Dec. 30, 1978 in the industrial city of Wuhan, the capital of China's central Hubei province, he moved to Beijing several years ago and began preparing for his dream of moving to Canada. He studied French at the Alliance Française cultural centre, hoping it would help him qualify for immigration to Quebec.

More than anything else, it was a partner he hoped to find. When the teacher of an entrepreneurial course at Montreal's Tyark College asked him what his goal in life was, Mr. Lin said his biggest ambition was to find love. "That is what I remember about him. He was in computers, and he was looking for love," recalled Alexandra Afanase, a fellow student in the Tyark business class.

While he was initially elated to be moving to Canada – "I'm going to Canada!" he posted on May 10, 2010 – Mr. Lin seemed to feel even more isolated after arriving in his new home. At one point, he notes that he's the oldest person in his class at Concordia. "Suddenly I realized that I am about 10 years older than my classmates. They would have no problem calling me 'uncle.' It's so crushing," he wrote.

Using his chosen English name, Justin, he studied computer science at Concordia and worked at a convenience store, where he was described as a polite, responsible employee who never missed a shift – until his sudden disappearance last week. But there are hints that life in Montreal didn't make him as happy as he'd hoped it would.

One of the first photos he put on his Weibo account after arriving in the city is of a sparsely populated street, under which he posed the question: "what kind of life?"

"You don't have to consider this question any more," read one of hundreds of replies that were posted today as news of Mr. Lin's murder spread through China. "Rest in peace."

Body-parts victim was a romantic, looking for love
June 1, 2012 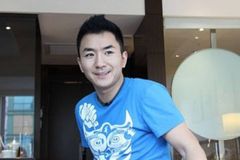