On a mission to bring the most powerful man in China closer to the people, Zhang Hongming began to experiment. The migrant worker wanted to find a name that might show a softer side of Xi Jinping, whose official titles bristle with authority: President, General Secretary of the Communist Party and Chairman of the Central Military Commission.

But nothing stuck until late-2012 when, for an online group he founded called the Study Xi Fan Club, he posted a picture of the Chinese leader crouching to pick up a dart as part of a Maori ceremony in Auckland.

"Xi Dada, what are you about to do here?" Mr. Zhang wrote on Weibo, the Chinese social media site.

He didn't know it then, but he had struck nomenclature gold. The name, translated as "Uncle Xi," "Big Uncle Xi" and "Big Daddy Xi," quickly became an avuncular shorthand that China's propaganda machine used to propel the Chinese leader to heroic heights.

Xi Dada became a key element of a personality promotion campaign to buff the image of a man whose terrific centralization of power has earned him comparisons to a latter-day Mao.

Then, suddenly, Xi Dada vanished from official media. It was no accident.

Journalists at CCTV have been told to stop using it, a person at the state broadcaster told The Globe and Mail. The same order has gone out to Xinhua and 21st Century Business Herald, Bloomberg reported.

Xi Dada, it seems "wasn't sufficiently consistent with the awe-inspiring Wizard of Oz image that his image-makers are creating," said Andrew Nathan, an expert on Chinese politics at Columbia University.

Gone, too, is "Peng Mama," the nickname for first lady Peng Liyuan, according to Radio Free Asia – an abrupt shift for a country that had gone all-in on Papa Xi, as Xinhua once translated the term.

"If you want to marry, marry someone like Xi Dada, a man full of heroism with an unyielding spirit," crooned the singer of one song that went viral. Xinhua, in a headline, called the president "a tough man with a tender heart." The People's Daily used Xi Dada 21 times in a single article, and followed that with an online propaganda video that began: "In China, we call him 'Xi Dada.'"

The video surveyed foreigners in Beijing for their views on Uncle Xi. The answers: humble, powerful, wise, resolute, handsome, a "super-charismatic" family man. "His face is a little bit cute," a young man decked in a pink suit jacket said. "Everybody looks at him and they just like him."

The answer may lie partly in the outrage provoked by Mr. Xi's eagerness to curry a cult of personality, a one-man leadership style explicitly forsworn by China's post-Mao elders, who sought to entrench communal rule among members of the Politburo Standing Committee.

The Economist warned on a recent cover to "Beware the cult of Xi"; the same week, Time printed a cover image of a Xi sticker being peeled away to reveal Mao. Among Chinese intellectuals, too, the adulation of Mr. Xi has drawn withering criticism.

"The zeitgeist has fundamentally changed in China, and most people are repulsed by Xi's effort to bring back Mao-era leadership promotion. As a result, the state soon realized that the popular utterance of Xi Dada carried a devastating dose of sarcasm and ridicule," said Maochun Yu, a China expert at the U.S. Naval Academy. "The regime can heroically defeat all sorts of insidious international plots to contain socialist motherland, but it cannot swallow an iota of mockery and ridicule from its own people, however veiled or oblique they may be."

Meanwhile, the State Council Information Office, one of China's propaganda arms, recently brought in top global communications firms to discuss the country's image problems, according to one of the people invited to make a presentation.

It appears, in other words, that China is engaging in a mid-term brand reboot, including for Xi Jinping.

"It probably is not only an effort to respond to online criticism, but also to rebuild the leader's image," said Yu Jianrong, a scholar at the elite Chinese Academy of Social Sciences who has been named one of the country's top thinkers.

With Mr. Xi, the state has sought to "portray him as a powerful leader, and as a man of the people," Mr. Yu said – the former bolstered by crackdowns on critics and an assertive stance on China's maritime claims, the latter through the use of slangy Internet language. But "I have to say that the image-building has not been especially successful in either aspect," Mr. Yu said.

Mr. Yu himself may have played a role in the demise of Xi Dada, after he wrote a widely circulated social-media critique of the term. "The affairs of the state are serious," he wrote, and the country's president bears a "title that represents the dignity of the country."

Reducing him to "daddy," in other words, was undermining his power.

There was another problem, too. Even in China, no one can say with any authority what Xi Dada actually means. Last September, Mr. Yu collected answers on how "Dada" is understood across China. The answers included dad, father's older brother, grandpa, father-in-law and, in many parts of the country, a woman: grandmother, aunt, sister and great-aunt.

(The translation crown may belong to Google, however, whose software parses Xi Dada as "Xi Significantly" and, occasionally, as "Learning Much.")

Mr. Xi has other reasons to ditch the teddy-bear image. China's problems are mounting as its economy slows and huge numbers of people lose jobs they once counted on the state to guarantee. If hard times are ahead, there is value in being portrayed as mighty, rather than congenial.

More than language is at play. State media in recent weeks have also stopped calling Mr. Xi a "core" leader, abandoning a title they had only recently begun to use and one that had cast him as a leader with unquestioned authority, on a par with previous political giants such as Mr. Deng.

The effort now seems to be to provide "a strong sense of collective leadership, instead of stressing the concentration of personal power," said Liu Xuesong, a Chinese media commentator.

Others see evidence that Mr. Xi is being reined in. Halting the "core" language was "one of the more obvious signs of a pushback," said Willy Lam, an authority on Chinese elite politics.

But the demise of terms such as Xi Dada and "the core" are little more than a "technical retreat," Mr. Lam said.

"Xi Jinping's ambition to build up a big image for himself remains intact. It's just that perhaps he might be more subtle about it – if that's possible. This is a bit of a contradiction in terms. In theory, you can't do a subtle personality cult campaign."

"The government today is working very efficiently," said one recent flattering post, from a person who described getting a pass to Hong Kong in five minutes, rather than needing to assemble elaborate bribes. "This is progress. We should thank Xi Dada." 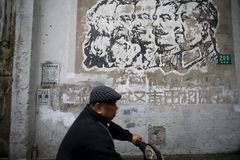 Small voice of dissent pays big price as China guards its image
May 16, 2018 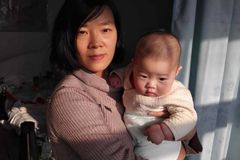