Camp X-ray's outdoor pens topped with razor wire have long since been reconquered by the banana rats and huge Cuban rock lizards that flourish in the sanctuary around the Caribbean's largest natural harbour where a U.S. naval station, sleepy vestige of the Cold War, was turned into a tropical gulag intended to keep suspected terrorists away from Americans and – more important – the protections of the U.S. Constitution.

Guantanamo has become far more than a place of torture, indefinite detention and war-crimes trials so delayed as to be justice denied. The hulking and mostly empty prisons, the thousands of troops on guard duty, the force-feeding and waterboarding, the suicides and desperation – one detainee attacked a guard with the spiked tail torn from a living lizard – have made Guantanamo synonymous with a Kafkaesque absurdity that has blighted two presidencies.

The "worst of the worst," is how Dick Cheney, vice-president to George W. Bush, referred to the hundreds of alleged hard-core jihadis rounded up or turned over to the U.S. military in Afghanistan, often in exchange for the reward of a few hundred dollars. Only one in 20 was actually captured by U.S. forces, the rest were turned in for bounties.

On Friday, a U.S. government review board said a prisoner who has been on a nine-year hunger strike can now return to his native Saudi Arabia to take part in a rehabilitation program there for militants.

Abdul Rahman Shalabi, 39, was among the first prisoners taken to Guantanamo in January, 2002. He was never charged with a crime. His lawyer told the review board in April that prison officials had fed him with a nasogastric tube daily for nine years.

Only 116 detainees remain in Guantanamo, down from a peak population of 779. More than 580 were freed during the Bush years. Another 122 have been released by the Obama administration, most recently six Yemenis sent to Oman. Fifty-two more have been cleared for release and are awaiting countries willing to take them. Nine men have died in Guantanamo. The youngest detainee was 13 when captured. The oldest was 89 and suffering from dementia when freed.

Four times, the U.S. Supreme Court has ruled that Guantanamo's detainees have rights, that stashing them offshore didn't deny them the fundamental protections of the U.S. Constitution.

On the day after his inauguration, President Barack Obama vowed to return America to "moral high ground," by closing Guantanamo within a year. He's still promising.

"It makes no sense to spend $3-million per prisoner to keep open a prison that the world condemns and terrorists use to recruit," Mr. Obama said in January during his State of the Union address, six years after taking office. "It is not who we are. It is time to close Gitmo."

(And keeping a prisoner in a SuperMax penitentiary costs only $75,000 annually)

The President fingers Congress for blocking his efforts by refusing to allow Guantanamo detainees to be brought to the United States. His critics, including rights groups, say he's reneged, not just about closing Guantanamo but also on his promise to end military tribunals and put accused terrorist suspects on trial in civilian courts.

So Khalid Sheik Mohammed, the confessed mastermind of the Sept 11, 2001, attacks that destroyed New York's twin towers, set the Pentagon ablaze and killed nearly 3,000 people, as well as other high-ranking al-Qaeda officials remain locked up in solitary in the so-secret section of Guantanamo that its existence isn't officially acknowledged. Twelve years after his capture, seven years after he was first charged, five years after charges were dropped so the case could be refiled in civilian court as promised by Mr. Obama, and four years after the administration flip-flopped and sent the case back to the controversial military tribunals, the trial of the highest-ranking al-Qaeda leader in custody still hasn't started.

No new detainees have arrived at Guantanamo since Mr.Obama replaced his predecessor's capture-and-interrogate doctrine with targeted killings using drones with Hellfire missiles.

Guantanamo also offers a useful lens on the attitudes of America's closest allies in the 21st-century war on radical Islamist terrorism. Britain and Australia both demanded the repatriation of their citizens detained at Guantanamo. All were released soon after.

Only Canada refused to repatriate its sole Guantanamo detainee, Omar Khadr, who arrived in 2002 after being captured during a firefight in Afghanistan.

Mr. Khadr became the only enemy ruled an unlawful combatant and charged with murder arising out of a battlefield combat since the U.S.-led invasion of Afghanistan in 2001. Canada sent CSIS agents to Guantanamo to help U.S. interrogators and successive Canadian governments told President Bush and later President Obama that they wanted a U.S. military war-crimes trial of Mr. Khadr, who was 15 when he tossed a grenade at U.S. Special Forces in 2002.

Mr. Khadr's war-crimes trial was the first to get under way on Mr. Obama's watch. Mr. Obama still hopes to close Guantanamo by the time his second term is up in January, 2017.

Cliff Sloan, until last December special presidential envoy charged with finding homes for those cleared for release, said "the road to closing Guantanamo is clear and well lit." As for the detainees, Mr. Sloan added: "They are not 'the worst of the worst,' but rather people with the worst luck." 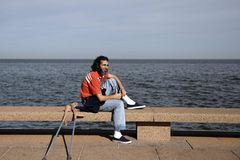 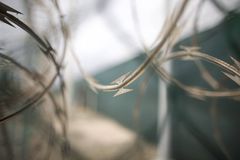 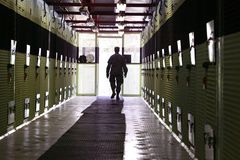 Ex-Gitmo inmate unable to board flight flying over U.S. to Montreal
June 11, 2015 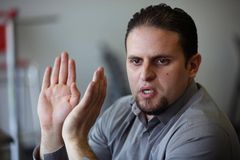 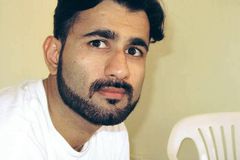