Republicans, freshly armed with a solid majority in Congress and seeking an early victory over the lame-duck President Barack Obama, will make approving Keystone XL their top priority.

Buoyed by gains in last November's midterm elections, Republicans now control both Houses of Congress for the first time in eight years and authorizing Keystone XL – the long-delayed pipeline that would funnel Canadian oil-sands crude across the United States to the Gulf Coast – will be the first shot aimed at a weakened President.

In the Senate, Republican now hold 54 seats, a gain of eight although several of the Democratic losers – like Louisiana's Senator Mary Landrieu – were ardently pro-Keystone. Still the Republican majority, coupled with those Democratic Senators who back Keystone XL, will easily surpass the 60 votes needed to end debate and pass an approval bill.

But the arrival of the Republican political cavalry may be too late to save Prime Minister Stephen Harper's pet project. Soaring costs, slumping oil prices, lingering uncertainty over the legality of the route-approval process in Nebraska and a President keen to add saving the planet to his legacy all make Keystone XL's future uncertain.

"As a President, as a father, and as an American … I refuse to condemn your generation and future generations to a planet that's beyond fixing," Mr. Obama said when he made clear he would reject Keystone XL if it exacerbated greenhouse gas emissions.

What's changed since last November's midterms is that the issue is finally headed for the Oval Office and Mr. Obama will no longer be able to delay deciding again.

But near-certain Congressional passage of a bill approving Keystone XL may not result in the "no brainer" approval – as Mr. Harper calls it – of the Ottawa-backed project that has soured Canada-U.S. relations.

"I haven't used the veto pen very often since I've been in office," the President said last week. "Now, I suspect, there are going to be some times where I've got to pull that pen out," he added, a reference to the new reality that he can no longer rely on Democratic control of the Senate to keep legislation he opposes from ever reaching his desk.

Republicans know as much and are keen for some showdowns.

"We'll be voting on things I know he is not going to like and we're going to put them on his desk," said Senator Mitch McConnell, the Kentucky Republican who once claimed his primary political objective was to oust Mr. Obama. Mr. McConnell will be the new majority leader in the Senate and it was his decision to make Keystone XL the first test of Mr. Obama's resolve.

Despite talk of a Kentucky "bourbon" summit where the two adversaries can search for common ground, Mr. McConnell makes no secret of the gulf that separates them. "Both us came up short," Mr. McConnell said last weekend. "I had hoped to make him a one-term president and he had hoped to defeat me last fall."

If, as expected, Mr. Obama vetoes a Keystone XL authorization bill, it may only end the first skirmish in a new and bitter political fight over the pipeline.

"There will be enough Democratic votes to sustain the President's veto," Senator Chuck Schumer, a New York Democratic, said on Sunday.

He also laid out the Democratic strategy for encumbering any legislation backing Keystone XL and made clear opponents will continue to portray Keystone XL as a project that will worsen climate change by unlocking some of the planet's most carbon-laden fossil fuels.

"Our Republican colleagues say that this is a jobs bill but that really is not true at all," Mr. Schumer said. "By most estimates, it would create several thousand temporary construction jobs and only 35 permanent jobs. … Why create very few jobs with the dirtiest of energy from tar sands when you can create tens of thousands more clean jobs using wind and solar? Our Republican colleagues are doing what they always do: They're appeasing a few special interests – in this case oil companies and pipeline companies and not really doing what's good for the average middle-class family in terms of creating jobs."

While Republicans can easily muster sufficient votes to pass pro-Keystone XL legislation, they almost certainly will fall short of the two-thirds majority – 67 seats in the 100-seat Senate – needed to override a presidential veto.

If Mr. Obama vetoes the first Republican attempt to put Keystone XL approval on his desk – in the form of a standalone bill – then Republicans are likely to resort to including the project's approval in bigger, must-pass, omnibus legislation that the President might find harder to veto.

Mr. Obama's public position on Keystone XL has shifted from studied neutrality to decided negativity in recent months now that he has no reason to try and provide political cover to embattled Democrat senators who backed Keystone XL.

The President now dismisses Keystone XL as a pipeline that might be good for Canada and the Alberta oil patch but of little or no benefit to American consumers.

"It's very good for Canadian oil companies and it's good for the Canadian oil industry, but it's not going to be a huge benefit to U.S. consumer," Mr. Obama said. Alberta's oil-sands crude currently sells at a huge discount off world prices because of the difficulties and costs of getting it to market. Keystone XL would change that.

But it would make little, if any difference, to U.S. drivers who have already seen gasoline prices drop by more than one third.

Mr. Obama's view is that the big – and perhaps the only – winners would be Canadian. "It would save Canadian oil companies and the Canadian oil industry an enormous amount of money if they could simply pipe it through the United States and all the way down to the Gulf [where] it would be sold all around the world."

Approving Keystone XL won't just be a test of Republican power, it will also show whether the party is serious about its vow to change the ways the Senate deals with difficult and controversial legislation.

Mr. McConnell has promised a new era of open floor votes and said he will welcome amendments from Democrats.

"Serious adults are in charge here and we intend to make progress," Mr. McConnell said, a not-so-veiled reference to the years during which Harry Reid, the Senate leader when Democrats had a majority, would often keep legislation passed by the Republican House from ever reaching the Senate floor.

Democrats plan to test that with half-a-dozen amendments to the Keystone XL approval legislation that could prove poison pills too strong for Republicans to swallow.

If they are incorporated into a pipeline authorization bill, the Democratic amendments would also create new headaches for Mr. Harper who has personally championed the Keystone XL project. One would require "U.S.-produced iron, steel and manufactured goods to be used for the pipeline construction, connection, operation and maintenance." That would likely flout key provisions of the North American Free Trade Agreement, putting Canada's Conservative government in a bind over whether to dispute the issue on behalf of Canadian steel makers and risk further delays or ignore the issue and allow a precedent to be set.

Another creates a 'No-export" provision, for all oil – not just Alberta's oil-sands crude – transported in Keystone XL. That would include Bakken light oil reserves and would likely be opposed by U.S. producers who want the current export ban lifted.

114th session: Republicans will command both the House and Senate for the first time in eight years, controlling the legislative branch during the final two years of President Barack Obama's term and the run-up to the 2016 elections.

58: Number of freshmen joining the House of Representatives, including 43 Republicans and 15 Democrats, pushing the Republican majority to 246 members, the most since the onset of the Great Depression in 1930.

13: Number of lawmakers joining the Senate, all but one of them Republican, flipping control of the 100-member chamber to the Republicans with 54 seats.

16 per cent: Current public approval rating of Congress according to Gallop, down from a peak of 84 per cent in October, 2001, when the U.S. launched its post-Sept. 11 attack on the Taliban in Afghanistan.

John Boehner is expected to be re-elected as House of Representatives Speaker on Tuesday, but not without a fight. A number of ultra-conservatives and Tea Party representatives say they will vote against him, or challenge him for the job, because they say he is too accommodating to President Barack Obama. The dissident conservative faction isn't big enough to block Mr. Boehner but could be powerful enough to force him to make concessions on key votes.

Republicans returning to Washington are ready to upend Mr. Obama's policies, including his health-care law. The House will take up a measure that would change the law's definition of full-time workers to those working 40 hours rather than the current 30 hours.

House Republican officials say they expect to approve a Department of Homeland Security spending measure before the end of January that would deny money to carry out Mr. Obama's action to ease the threat of deportation for millions of undocumented immigrants.

Mr. Obama's move to normalize relations with Cuba after a half-century of Cold War animosity roiled Congress. Republicans are divided over whether to push back and face pressure from businesses, ranging from hospitality to agriculture, to give them a chance to explore the untapped Cuban market.

Republicans are considering a number of ways to stymie the Obama administration's planned regulations on broadband Internet providers in 2015, making Capitol Hill a new front in the fight over "net neutrality." Dissension over the Internet rules is so rancorous that it could end up impeding progress on technology policy areas where there is potential for agreement, like cybersecurity and the allocation of wireless spectrum.

A green light for Keystone? A Russian default? Another cyber-attack? Place your bets on 2015
January 1, 2015 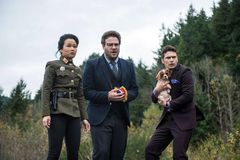 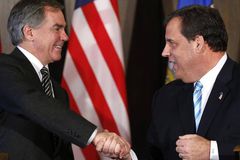