It came as a shock to the Mandela family. An undertaker exhumed three family graves in Nelson Mandela's ancestral village this week – and found them all empty.

The undertaker's discovery, reported on Friday, was proof that Mr. Mandela's grandson had secretly transferred the remains to another village. And it was a hint of the struggle for control of the Mandela legacy as he lies critically ill in hospital.

At the Pretoria hospital where the 94-year-old anti-apartheid hero is on life support, the ruling African National Congress brought in hundreds of supporters for an outdoor rally on Thursday to remind everyone that Mr. Mandela is an ANC loyalist. At least 30 buses carried ANC activists to the hospital, many wearing election T-shirts in anticipation of next year's election.

At the same time, one of Mr. Mandela's daughters, Makaziwe, was telling the state television network that Mr. Mandela was an ANC member and nobody should try to "misappropriate" him. "In a sense, he is a ward of the African National Congress," she said. She was responding to suggestions that other political parties could claim a connection to her father.

While the politicking was gaining momentum, the family feuding was escalating in Qunu, the ancestral Mandela village in the Eastern Cape. After discovering that the remains of three Mandela children had been mysteriously transferred to another village, at least 16 family members went to court to demand the return of the remains.

A court in the Eastern Cape ruled on Friday that the remains of the three children should be returned to their original site in the village of Qunu, the childhood home of Mr. Mandela, where he is expected to be buried in the family cemetery.

The remains were reportedly exhumed in 2011 and secretly transferred to Mr. Mandela's birthplace, the nearby village of Mvezo, where his controversial grandson, Mandla, is the chief.

Mandla Mandela, as the oldest grandson, often claims to be the heir of the Mandela bloodline and traditional leader of the family clan. But there is a growing rift between him and other family members. He has been widely criticized for his polygamous marriages, alleged failure to pay alimony and other controversies.

There have been accusations that he transferred the remains of the three children to his village in a bid to ensure that Nelson Mandela would be buried in the same village – which would guarantee its permanent fame as a tourist and pilgrimage site.

South African media reports said the family members went to the Mthatha High Court on Friday to challenge Mandla Mandela's control of the remains, which include those of his father, Makgatho, the second-born son of Nelson. They argued that he had dug up the remains without their knowledge or permission.

Nelson Mandela was born in Mvezo, an impoverished hilltop village of cattle and sheep herders above the Mbashe River, but his family moved to Qunu, about 30 kilometres away, when he was just two.

Historians and heritage experts have criticized Mandla Mandela for bulldozing the crumbling remains of his grandfather's birthplace, replacing it with a modern replica. He is developing a tourism industry in the village, including a backpackers' lodge, self-catering rooms, a museum, and replicas of the rondavels (traditional circular huts) where the Mandela family lived at the time of his birth. But the project has been plagued by financial problems and other delays.

Meanwhile, several family members have launched a court battle over control of a $2.8-million Mandela trust fund. Mandla Mandela has chastised his relatives over the court case. "For me it was a shocking experience to see that my own family had taken such a position," he told City Press, a South African newspaper.

"I will never, while my grandfather lives, or after his passing, be part of the squabbling over his own assets and his own legacy. … We should be preserving his dignity as a family and not be part of stripping it away from him."

But on state television, Makaziwe Mandela complained that "one member of the family" had defied the family's position on the court case, apparently referring to Mandla.

"We have taken a common position, except for one member of the family who signed a document and then denied that he had signed it," she said.

The court case has pitted the Mandela family members against the trust fund's directors, including one of Nelson Mandela's oldest friends and comrades, George Bizos, who defended him in court when he faced a possible death penalty in his trial in 1963 and 1964. 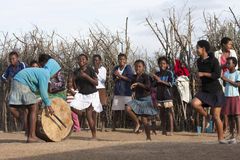 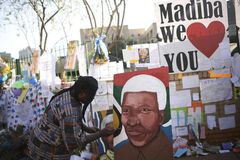 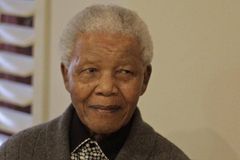 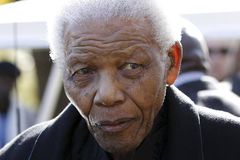 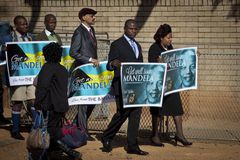