After years of protests that have undermined his efforts to build closer ties with China, Taiwan's President Ma Ying-Jeou is calling his opponents naive idealists and warns that angering Beijing can be dangerous for an island keenly aware of the mainland missiles still pointed its way.

"Cross-strait relations have been at their most stable and peaceful in the last 66 years," Mr. Ma boasted during an interview with The Globe and Mail in the Japanese-colonial-style presidential palace in downtown Taipei. His critics, led by young students who have occupied the legislature and government offices in protest, perhaps "do not really understand some of the issues," he said, and questioned "whether their actions serve the interests of Taiwan or not." The students, he said, "have to take a more pragmatic approach."

But Mr. Ma's days are numbered – his eight-year term will end with a Jan. 16 election – and so may be his vision, as Taiwan prepares for another approach, one fuelled by a rising distinct identity, and a new desire to pursue a separate path.

If the current mood holds, voters stand ready to punt Mr. Ma's Kuomintang party not only from the presidency but also, for the first time, from parliament as well – a major shift in a territory the People's Republic of China claims as its own, at a time when Beijing is already struggling to contain a market crisis and the fallout of slowing growth.

A win for Tsai Ing-wen, the presidential candidate currently polling at 40 per cent for the opposition Democratic Progressive Party, would mark "a new era for Taiwan," said Karen Cheng, a young activist who volunteered with the Sunflower Student Movement that occupied the legislature for 24 days last year in anger against a services trade agreement they said would hurt Taiwan.

Like many members of her generation, she sees little reason to cozy up to Beijing. In China, she sees not a fraternal state, but an authoritarian country that threatens Taiwan's nascent democratic freedoms.

"I won't say this movement shows a new generation totally against China," she said. But it "shows our high concern about getting closer and closer to China."

Hundreds of thousands of Taiwanese have protested during the past two years of Mr. Ma's tenure, opposing a trade agreement that was to be one of his signature achievements – but is now languishing with little chance of passing. And with their nationalistic cries of "one country on each side," the students have sought to undermine what was to be his legacy: A closer, warmer relationship between Taiwan and mainland China.

Ms. Tsai has pledged to uphold the status quo, saying in a recent speech she would "push for the peaceful and stable development of cross-strait relations in accordance with the will of the Taiwanese people."

But with attitudes in Taiwan growing more skeptical toward China, Ms. Tsai has also said she would "uphold the right of the people to decide their future free of coercion." The implicit warning to China, whose President Xi Jinping has said there must soon be a "final resolution" between the two sides, prompted the Communist-run Global Times tabloid to warn last week that any showdown with Beijing would put Taipei in a "highly dangerous situation." China still considers Taiwan a renegade state that it could use force to repossess, and many Taiwanese remember with fear the tense summer 20 years ago when China fired missiles not far from the island's shores.

But for Taiwan, Ms. Tsai's ascension would cement an identity change in a place that today considers itself more distinct than ever before. Researchers at National Chengchi University have conducted regular polling that, starting in 1992, found just 17.6 per cent of people called themselves Taiwanese. This year, that number rose to 60.6 per cent, a record. Just 3.5 per cent now consider themselves Chinese.

The split rises to the surface in all sorts of places. When it was first formed 42 years ago, Taiwan's celebrated Cloud Gate Dance Theatre choreographed and performed classical Chinese stories. "At the beginning, we had a strong link with mainland China – not only culturally but also politically," said Huang Ching-yi, the theatre foundation's international project manager. But the traditional fare has been replaced by innovative abstract performances, audiences no longer interested in the old stories from China.

"The new generation, they are independent," Ms. Huang said.

Part of it may be Mr. Ma's own doing. In seeking closer ties to the mainland, he has opened a clearer window for Taiwan to see how it has grown apart. "In many ways this has brought into sharper contrast the differences that exist between the two societies," said J. Michael Cole, a researcher and author of Black Island: Two Years of Activism in Taiwan that documented the student movements.

The implications for political reconciliation will be long-lasting, he believes.

"In my view, the genie is out of the bottle and it's here to stay," he said. "Conservatives and pro-China types are now increasingly the outliers."

In the past year, Beijing's unwillingness to bend to Hong Kong's demands for more electoral freedom – an intransigence that brought protesters to downtown streets for months – has only deepened anxiety in Taiwan. Fears about economic dependency have also grown as China's growth wobbles and its markets crash.

Wealthy Taiwanese business interests may still favour closer ties to China, "But the rest of the Taiwan populace realizes that they are the ones at risk, both politically and economically, especially as China's economy crumbles," said Melissa J. Brown, managing editor of the Harvard Journal of Asiatic Studies and author of Is Taiwan Chinese?

Taiwan's feeling toward China haven't been helped by the island's own troubles. Once a vibrant economic tiger, it has watched China suck away much of its electronics manufacturing industry, leaving behind stagnating wages and increasingly difficult prospects – in particular for young people. College graduates make 9.5 per cent less money today than in 1999 – at a time when Taipei real estate prices have risen to 15 times the average wage, much higher than other major cities such as London and New York.

"Young people have very low salaries and it's really difficult for us to find decent jobs in Taipei or the other cities," said Tseng Po-Yu, a former spokesperson for the Sunflower Movement who is now running for legislative office with Green Party Taiwan. "Politicians have shown they're not going to listen. So we think it's time for us to change Taiwan politics."

Mr. Ma, however, argues that Taiwan has it better than its people realize – and he warned that deviating from the path he set with China could be dangerous.

Taiwan's youth unemployment rate, for example, may be high at near 12 per cent, but it's little different from that in other countries, he said – and suggested the loudest voices against him aren't representative. "Maybe some of the silent majority do not express their views, but it does not mean that they agree with these students," he said, citing the benefits of 23 cross-strait agreements now concluded – the latest, last week, allows for new co-operation on taxation and aviation safety – and the four million mainland tourists who came to Taiwan last year.

History, Mr. Ma added, offers a warning against Taiwan turning its back on China. He referred to the history of China, which over the past few thousand years has moved between unity and separation – but the transitions have not been simple. "Without exception, when we have moved from unification to separation or separation to unification, it took war," he said.

Taiwan's best chance of bucking history, he argued, is to stay the course he set of keeping favour with Beijing.

"Over the past seven years, we have developed a model to pursue peace," he said. "So it may prove that we are wiser than the people of the past."

Editor's note: An earlier version of this article incorrectly referred to a 3,000 year history of intermittent unity between China and Taiwan. In fact, China itself has been intermittently unified over thousands of years. It also referred to presidential candidate Tsai Ing-wen using an incorrect nickname of "Little Red Pepper", when in fact that nickname has been used by local media to describe another candidate Hung Hsiu-chu.

Opinion
Can fast-growing India ‘take the baton’ from China?
August 30, 2015 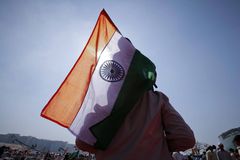 Investigators focus on causes of fire at Taiwan theme park that burned 498
June 29, 2015 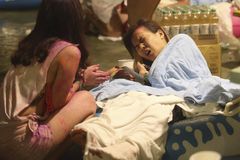