By refusing to fund abortions as part of its ill-conceived maternal health initiative, the Conservative government is effectively saying only women who become mothers are worthy of complete health care. They are expressing a deep disregard for women who don't conform to their image of the "good" woman and doing so in a public policy initiative that will negatively affect women globally.

Everyone has ideas that remain unconscious until something wakes us up to them. For example, we say a baby is a "good baby" if it doesn't fuss much. Then we have our own fussy baby and our ideas begin to change. Our fussy baby is not a bad baby. It's just a fussy baby. In the past, some might say a woman is a good woman if, like a baby, she doesn't fuss much, doesn't challenge the traditional roles extended to her of teacher, secretary, nurse, wife and mother. A good woman fulfills what some see as her biological destiny. Thankfully, much of this has been successfully challenged in the past century, at least in Canada.

The maternal health initiative demands we examine one of the last vestiges of these outdated ideas. There is still a strong link between the image of the good woman and the image of the good mother. If you are not going to be a mother, if you dare to be childless by choice or end a pregnancy, you are not only unmotherly, but also unwomanly. The single woman is treated as unacceptable as she is. She is asked repeatedly when she will marry. The married woman is asked when she will have a child. The mother of one is asked when she will produce a sibling, and on it goes. When a woman publicly declares her choice to be childless or says that she does not enjoy being a mother, it is unusual enough to be worthy of an hour on Oprah.

The maternal health initiative embeds these ideas in public policy. If you are a good woman, a woman who mothers, you will be rewarded with health care. If not, if you dare to be a non-mother, necessary health care will be withheld. In fact, the refusal to provide comprehensive health care to such a woman can be interpreted as punishment for being a bad woman. In their carrot and stick worldview, the Conservative government has taken a global public policy initiative and used it as a stick to whip women into conforming to their own notions of what it means to be good.

Let me state unequivocally that non-mothers, women who have no interest in having babies, holding babies, or even hearing babies in restaurants and airplanes are quite possibly still good women. Non-mothers deserve full, comprehensive health care, and not just in Canada.

The problem here, besides the archaic worldview that underlies this policy, is the failure to call out the tactic that separates maternal health from an overall strategy for women's health. What this makes possible is a piecemeal approach to care. In the real world, we cannot separate maternal care from women's care, just as in the real world it is difficult to divide women into wholly discreet categories of mothers and non-mothers. When a woman miscarries, on what side of the fence does she sit? How do we align the woman who wants to mother later, but not right now, in such a partial policy? Apparently, she is out of luck until she conforms. And what about the woman who has had several children and wants no more? Good woman or bad? Deserving of care or not?

The maternal health initiative facilitates ideology, not health. It puts Canada at odds with the more inclusive and comprehensive global women's health movement. It renews the same old battle lines and taxes the energy and resources of a scientific and medical community that has already proven time and again that access to safe abortion is a key component of women's overall health.

Jane Cawthorne is the author of the play The Abortion Monologues and a reproductive rights advocate. 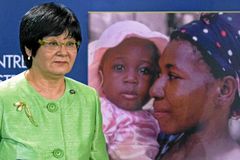