Over the past 28 months, assassins have targeted at least five Iranians scientists or engineers, men linked by Western intelligence agencies to the country's controversial nuclear program.

One was Darioush Rezaeinejad, an Iranian electrical engineer working at a national security research facility. Last July, he was driving home with his wife after picking up their daughter from kindergarten. Outside the front gate of the family home, two gunmen in sunglasses approached, pulled out handguns and opened fire.

"When they killed him, it was the most horrible moment," said his widow, Shorheh Pirani, in her first interview with a North American news organization. "I just couldn't believe someone like Darioush would be the victim of terrorists."

No group or nation has claimed responsibility for any of the attacks on Iranian scientists. The killings are clearly part of a deliberate campaign. Some in the West see them as justified in the broader effort to deny a nuclear arsenal to Iran's bellicose leaders.

Iran says its nuclear ambitions are peaceful. But some Western powers suspect its nuclear program is a covert effort to build nuclear warheads and, as such, a threat of urgent concern, particularly to Israel, which Iran's outspoken President Mahmoud Ahmadinejad has threatened with destruction.

Those differences were on full display this week at a conference in Baghdad where Iran and the UN Security Council's five member countries and Germany tried – unsuccessfully – to agree to a deal to open Iran's nuclear facilities to outside inspection.

Such diplomacy, combined with economic sanctions, is the public face of international efforts to prevent Iran from developing nuclear weapons. But the series of attacks on Iranian scientists like Mr. Rezaeinejad, most in broad daylight and in conspicuously public places in the capital, are widely regarded as a bloodier tactic in an undeclared war that aims to wreak havoc on Iran's nuclear program. A parallel cyber-warfare campaign introduced the so-called Stuxnet virus, which reportedly sent Iranian centrifuges used to enrich uranium spinning out of control to their own destruction, is another.

Ms. Pirani's view that "terrorists" shot her husband is echoed on the street and by the government. Some Iranians, including those who are usually at odds with the government, say that if American scientists were being killed in Washington by motorcycle bombers, there would be great furor and clear cries of terrorism.

In January, Mostafa Ahmadi-Rosham, a professor and nuclear scientist, was killed by a magnetic explosive attached to his car by a passing motorcyclist. The Obama administration deplored the killing, although it stopped short of calling it terrorism. When asked to comment, Secretary of State Hillary Clinton stated: "I want to categorically deny any United States involvement in any kind of act of violence inside Iran."

Suspicion here, and elsewhere, has fallen on Israel, which has its own nuclear weapons and has threatened air strikes against Iran's nuclear sites. Israel has not denied involvement in the attacks on Iranian scientists. Another link in the campaign in the view of the Iranian government is the People's Mujahedeen, or MEK, a militantly anti-regime organization that is designated a terrorist group by both Canada and the United States.

A 24-year-old man named Majid Jamali Fashi was hanged in Tehran's Evin Prison this month after being convicted in the murder of Massoud Ali-Mohammadi, a physics professor at Tehran University. At his trial last summer, Mr. Fashi admitted to travelling to Tel Aviv and being trained by the Mossad. Some believe his testimony was coerced. But three months ago, the American television network NBC reported that U.S. officials, speaking on background, said that the Mossad, Israel's intelligence agency, has trained Iranian exiles from MEK for the assassination campaign.

The targeted assassinations are clearly effective in instilling fear.

Killing leading scientists, whether or not they are actually involved in a covert nuclear-weapons program, does have a chilling impact and makes it more difficult for the regime to recruit anyone to national security research efforts, an Iranian official here admitted, speaking on condition of anonymity.

Prof. Ali-Mohammadi, for instance, had lived in fear for years that he would be targeted, his widow told The Globe and Mail in an interview.

In 2005, the MEK put him on its "hit list." On two occasions, in Britain in 2005 and in Italy in 2007, his Iranian academic colleagues were interrogated by intelligence agents who focused their questions on Prof. Ali-Mohammadi's research and writings.

Then, in January, 2010, he was blown up by a bomb on a motorcycle that was left outside his home.

"When I heard the blast, I thought at first it was an earthquake," recalled his widow, Mansoureh Karami. "All the windows were shattered and I ran to the car. Massoud was slumped over but I thought he might be in shock. I pulled him to my chest and then I saw the back of his head was blown off."

Iran denied that Prof. Ali-Mohammadi had any connection to its nuclear program, as have his students and colleagues. "I want everyone to condemn these attacks," said Ms. Karami, "not to turn a blind eye."

Whatever their effectiveness in crippling Iran's nuclear program, the assassinations have left a real trail of grief.

Ms. Pirani, who was wounded in the attack that killed her husband last July, can still recount the precise horrific sequence of bullets that hit his arm, neck and body. She too, was shot, wounded in the back, and watched helplessly as neighbours pulled her terrified daughter, Armita, from the car. The gunmen sped away on a motorbike.

She later wrote a letter that was sent to Ban Ki-moon, the United Nations Secretary-General. "Why does the UN Security Council [regard]terrorism as one of the most serious threats against international peace and security in the 21st century," it read, "and yet fails to take proper action against the terrorist bids targeting Iranian scientists?"

During the interview in a Tehran office, she said she and her husband worked at an Iranian national security research facility, but denied either of them was involved in the nuclear program, and she blames his killing on Israel "even if the assassins were Iranian."

Five-year-old Armita, she said, still draws pictures of her father. In them, she and her mother always have their mouths open in terrified screams. "Every day," Ms. Pirani said, "she makes that painting."

Editor's Note: This was Shorheh Pirani's first interview with a North American news organization. Incorrect information appeared in a previous version of this article. 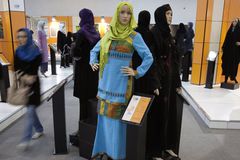