THE WORLD IN 2015: Elections, emerging economics and renewed conflicts. Our correspondents highlight prospects for the new year in key regions across the globe 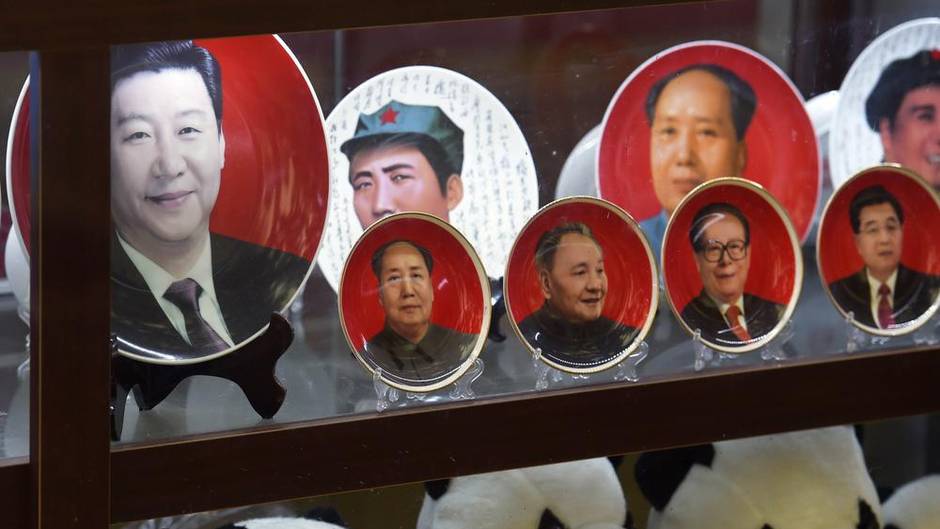 There are plates and posters, bobble-head dolls and photographs, heart-shaped lockets, flower-laden calendars and engraved jade. Each item for sale on Taobao, the sprawling Chinese online market, features a smiling President Xi Jinping, at times accompanied by his wife or U.S. President Barack Obama or Russia’s Vladimir Putin or images of Mao Zedong, Deng Xiaoping and Jiang Zemin – but with Mr. Xi always in front.

More than any Chinese leader in recent times, Mr. Xi has, by dint of propaganda and a popular war on dirty officials, made himself adored by the public. In his first two years of rule, he has subverted a long tradition of collective decision-making by the elite, taking for himself great personal power over the Chinese economy and military.

But as he prepares to bury a series of rivals – and complete the centralizing of authority – Mr. Xi faces a year that will test his ability to craft a way forward for a country whose economic powers are fast receding. China is to draft its next five-year plan in 2015 and, while the end product is typically light on specifics, the process is taken seriously and comes with the Middle Kingdom at a turning point. 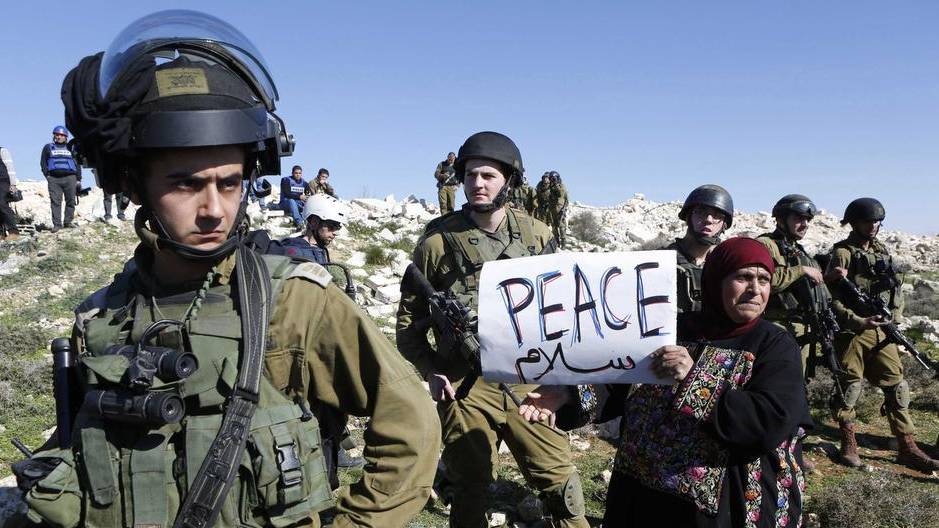 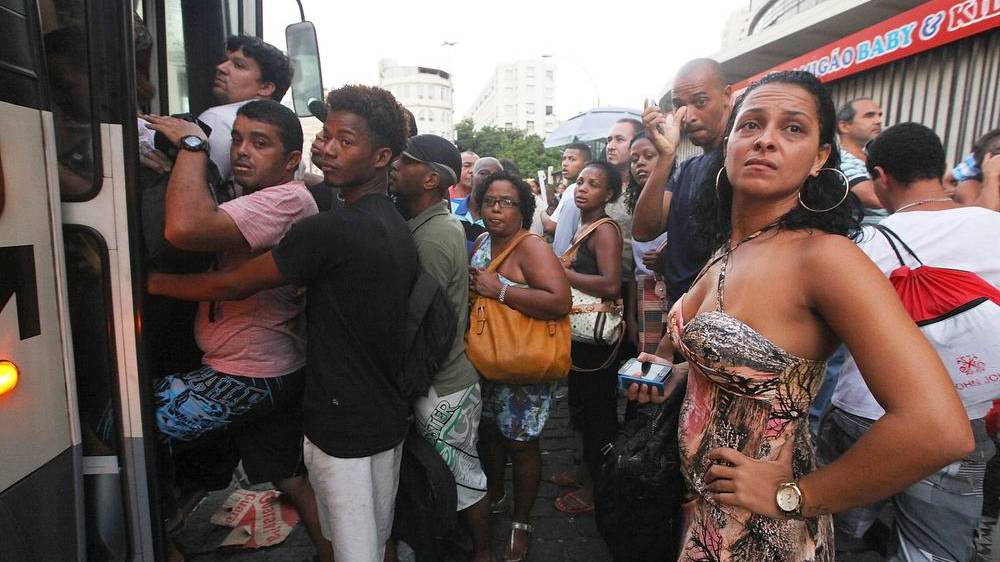 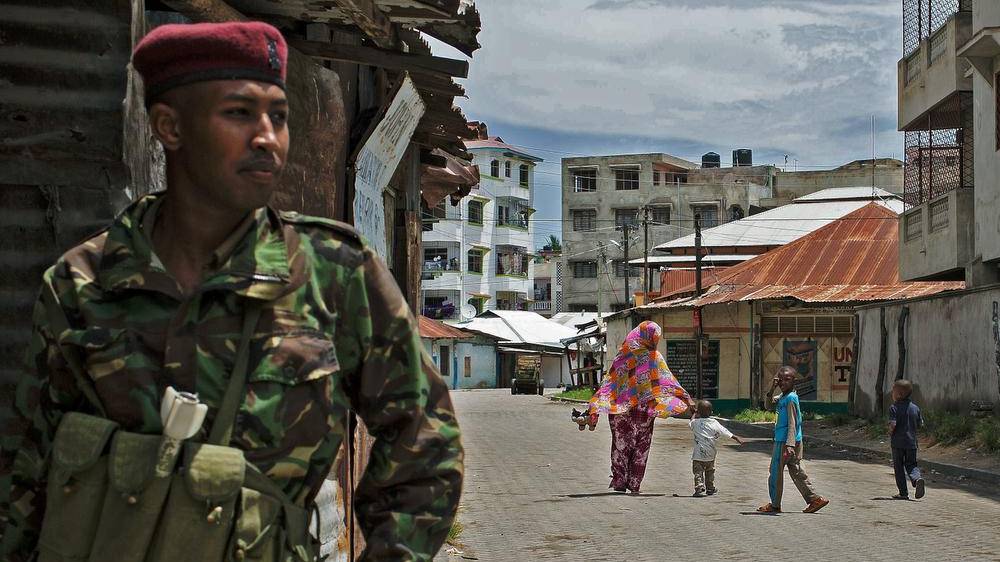 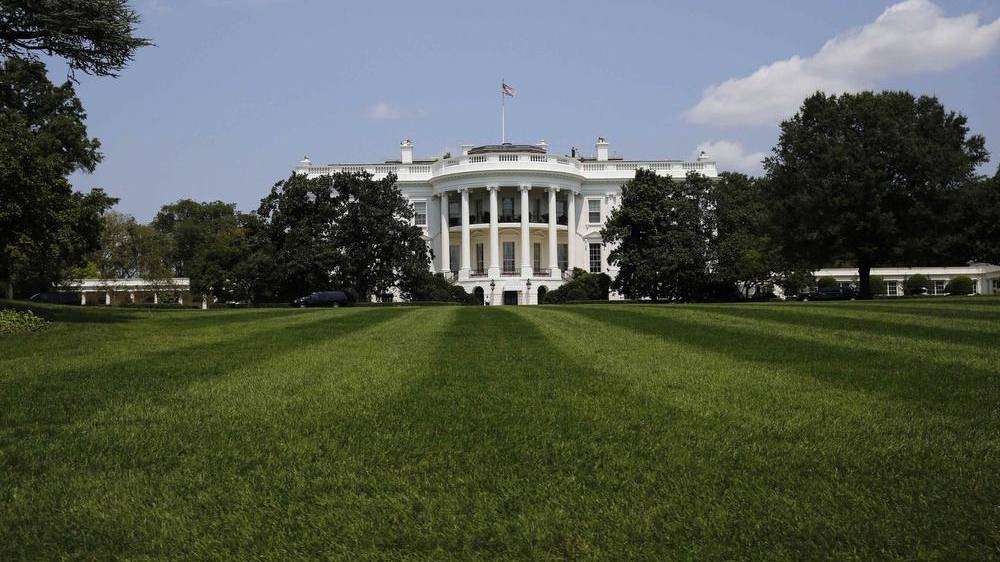 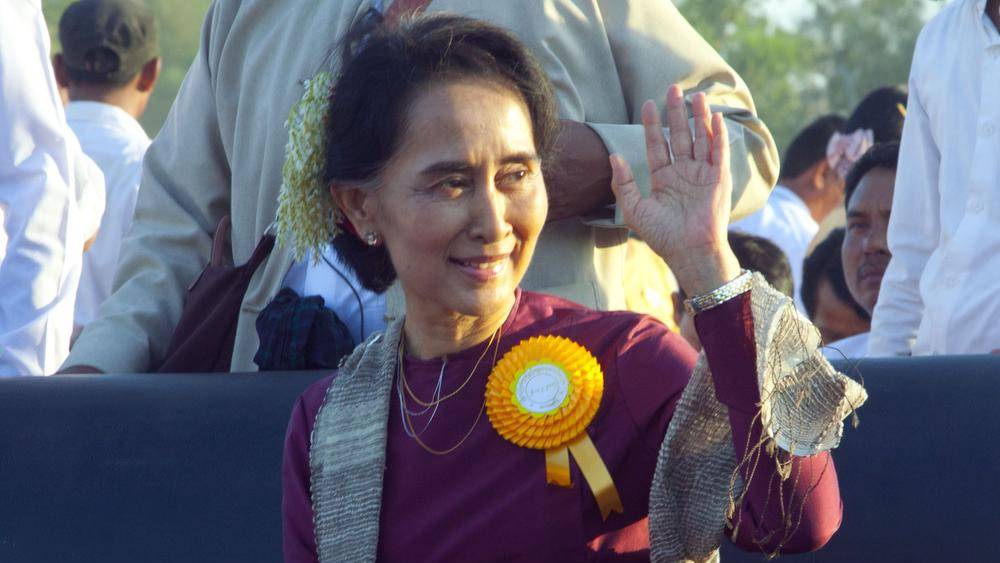 The future Mr. Xi sketches out for China also will answer a question being asked by many: What exactly does he intend to do with the influence he has amassed?

The plan offers a chance at a red-carpet roll-out of his vision, a chance to set the tone for the remainder of the decade that he is expected to be in power.

The stakes are high. China’s growth is slowing and its global competitiveness is waning at an astonishing rate: The so-called world’s factory is being beat on manufacturing costs by Mexico, and now holds just a 5-per-cent advantage over the United States in making goods, according to the Boston Consulting Group.

More bad news is coming for workers. Manufacturing wages are up five-fold since 2004; even last year, as the growth of China’s gross domestic product began to slow, average pay grew by more than 8 per cent. But the party is ending: The minimum wage did not rise everywhere, as in the past, and many low-paid workers saw no salary hikes at all, according to the China Labour Bulletin.

That threatens to upset the deal that has long underpinned Communist rule: The party makes the people rich, and the people don’t complain about the party.

If Mr. Xi can find a way to keep that deal intact, he will have accomplished his primary objective: the salvation of the Communist Party. If he can’t, he may find himself in trouble.

“Things can come to the fore very quickly and very dramatically, so 2015 may be a very critical year in China’s political history,” says Charles Burton, a specialist in Chinese politics at Brock University in St. Catharines, Ont.

Working in Mr. Xi’s favour are low oil prices, which will ease the pain of change, and the likely jailing this year on corruption charges of two former members of the Politburo Standing Committee, the country’s supreme decision-making body.

Zhou Yongkang was, until 2012, head of national security and law enforcement, while Xu Caihou retired in 2012 as a high-ranking general in charge of approving military commissions. As members of the elite, both were considered untouchable, so their arrests are a sign both of the clout Mr. Xi now wields – and perhaps of a top-level deal that will allow him to take even more dramatic action.

Steve Tsang, a professor of contemporary Chinese studies at the University of Nottingham, suspects that others in the Politburo authorized the arrest of Mr. Zhou in exchange for immunity from being prosecuted themselves and an agreement not to interfere in new reform efforts.

“If that’s the case, and if Xi Jinping is who we think he is – that he really has a reform agenda – then I would expect him to move forward after the Zhou Yongkang case,” Prof. Tsang says.

“This is the year that we should see it.”

Mr. Zhou had strong ties to the state-owned petrochemical industry, which suggests that his removal also may clear the way for Mr. Xi to attack an even bigger problem.

Chinese governments still own some 155,000 firms, many of which offer remarkable perks – such as 2 1/2-hour lunches and an array of free services, from haircuts to knife sharpening – but few profits. In fact, at least a quarter are losing money.

State-owned enterprises are among the more prominent remnants of Communist ideology in China, and making real change would allow Mr. Xi to tackle several problems at once: his country’s innovation deficit, its declining competitiveness and its pollution – China’s air and water are often sullied by companies that governments hesitate to censure because they own them.

The latter issue may prove vital in any case. As the country’s salary rocket ride levels out, the best way for the Communist Party to give people a better life may be to address smog and the tainted food often found in the marketplace. “Merely sending up middle-class earnings and making the middle class that much more marginally prosperous may not be the best way of ensuring social stability,” says Jonathan Fenby, a British consultant and writer who specializes in China.

Environmental issues are also economic ones, and an agreement signed by Washington and Beijing in November suggests that Mr. Xi may use the fight against climate change as a lever to propel further internal reforms. A national emissions trading market will take shape in 2016, and “that whole issue of energy efficiency and redirection of the economy” will likely be high on China’s political agenda this year, says John Gruetzner, a Canadian commercial consultant who works in Beijing.

The five-year plan also may provide a new glimpse at how Mr. Xi intends to accomplish market-like reforms while keeping the country firmly under the Communist Party’s thumb. Western thinkers are skeptical it can be done, but Beijing is confident it can blaze a new trail.

“This reform process will be cautious and slow and, above all, will be conditioned by the desire not to upset the political system,” Mr. Fenby says. “The big question hanging over the whole Xi experiment is: Can you carry out the needed economic reform and the liberalization that [it] entails without shaking the party state?”

The other question is whether Mr. Xi can do it. Jailing some of the country’s most powerful is a good way to warn others that “if you do not join me in this, I will have your head on a platter,” says Rogier Creemers, a research officer at the University of Oxford Centre for Socio-Legal Studies.

It’s also a good way to make enemies, he adds. “This is a man playing with a very high-risk strategy. He’s on the high wire. Can he stay on top of things?”

Each measure that Mr. Xi has already undertaken – battling corruption, clamping down on state-owned companies, allowing more independent courts – constitutes an assault on the good times of which Communist officials have grown so fond. Given that the party has more than 85 million members, he could be making a lot of people angry.

“The biggest danger to the party is having to keep the whole thing together, having to prevent the emergence of the divisive leader who might trigger a visible leadership split,” Mr. Creemers says, recalling the turmoil of Tiananmen Square. 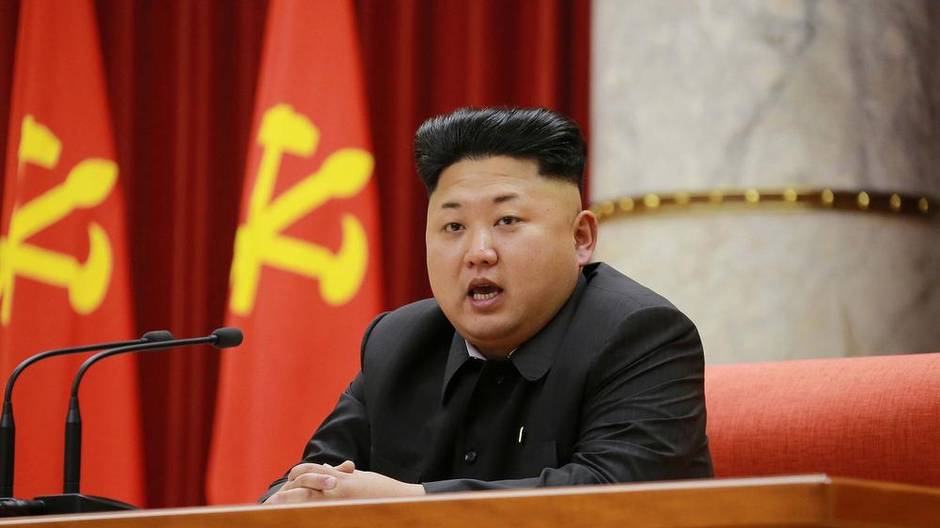 He is the much-mocked leader of the Hermit Kingdom, a young man so self-centred that last month he ordered anyone in North Korea who shares his name to get a new one. And, of course, he is so thin-skinned that he stands accused by U.S. authorities of launching all-out electronic war on Sony Pictures for making The Interview, a spoof about an assassination attempt on his life.

But there may be more to Kim Jong-un than threats of nuclear attack and other outrageous stunts. He is also quietly contemplating changes that could, over time, remake a nation most of the world sees as a renegade.

Mr. Kim has promised reforms in 2015 that would allocate fully 60 per cent of farmers’ harvests to their own personal use. It’s the next step in a major departure for the self-described “revolutionary socialist state.” Two years ago, farmers were allowed to sell 30 per cent privately; before that, everything the land produced belonged to the state.

If the Marshal, as Mr. Kim prefers to be called, makes good on his promise, rural North Koreans will experience “a significant increase in their entrepreneurial freedoms,” says Andrei Lankov, a specialist in Korean affairs who teaches at Kookmin University in Seoul. Farmers, he explains, will be “not slaves, but sharecroppers, if you like. And sharecroppers work much better than slaves.”

Such a move is reminiscent of the strategy China adopted when it began to open its doors in 1978 – farmers were free to sell their surpluses.

North Korea has also begun to discuss setting up a bank that would serve as a conduit for foreign investment. Officials from Pyongyang have had conversations with Moscow about attracting Russian investment, and other countries – Japan, Mongolia and China – are also interested. Again, this is familiar territory: China set up its industrial bank in 1987 for similar reasons.

Despite all this, North Korea remains a card-carrying member of former U.S. president George W. Bush’s “axis of evil,” as well as Asia’s nuclear-armed black sheep. Recent years have brought surprising isolation even from its supposed best ally – Xi Jinping is the most widely travelled Chinese president in recent history, but has yet to land in Pyongyang – and North Korea faces growing censure following a horrifying United Nations report on human-rights atrocities.

Believed to be just 31, Mr. Kim is also among the least predictable of leaders, which makes it difficult to anticipate with any certainty what he does. Yet there are signs of a country seeking to peek out of its self-imposed iron curtain. Last summer, North Korea’s foreign minister visited Hanoi, and officials are now studying how Vietnam escaped its isolation.

Pyongyang also has started its first talks with Tokyo in a decade to discuss the fate of Japanese citizens it admits to kidnapping decades ago.

As well as seeking new ways to attract tourists, Mr. Kim has resumed family reunions between North and South, and sent high-ranking officials for talks with Seoul.

He may not want to have the world laughing at him, but he is certainly someone to watch in 2015.