As many around the world prepare to commemorate the 70th anniversary of the D-Day landings of June 6, 1944, pictures of Normandy's now-touristy beaches stand in stark contrast to images taken around the time of the invasion. But while the landscape has changed, the memory of the momentous event lives on.

A crashed U.S. fighter plane is seen on the waterfront some time after Canadian forces came ashore on a Juno Beach D-Day landing zone in Saint-Aubin-sur-Mer, France, in June 1944 in this handout photo provided by the National Archives of Canada. Today, tourists enjoy the sunshine in August, 2013. British and Canadian troops battled reinforced German troops holding the area around Caen for about two months following the D-Day landings. (REUTERS/Chris Helgren) 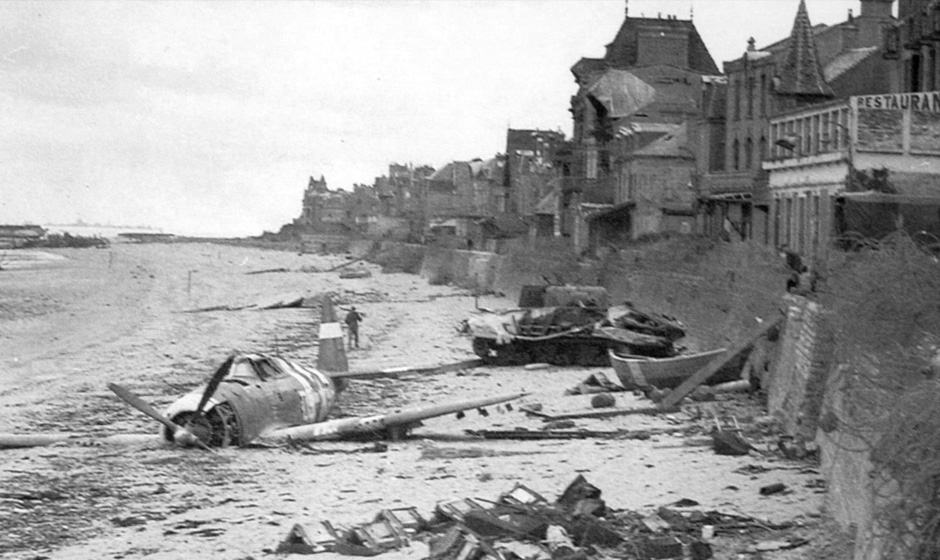 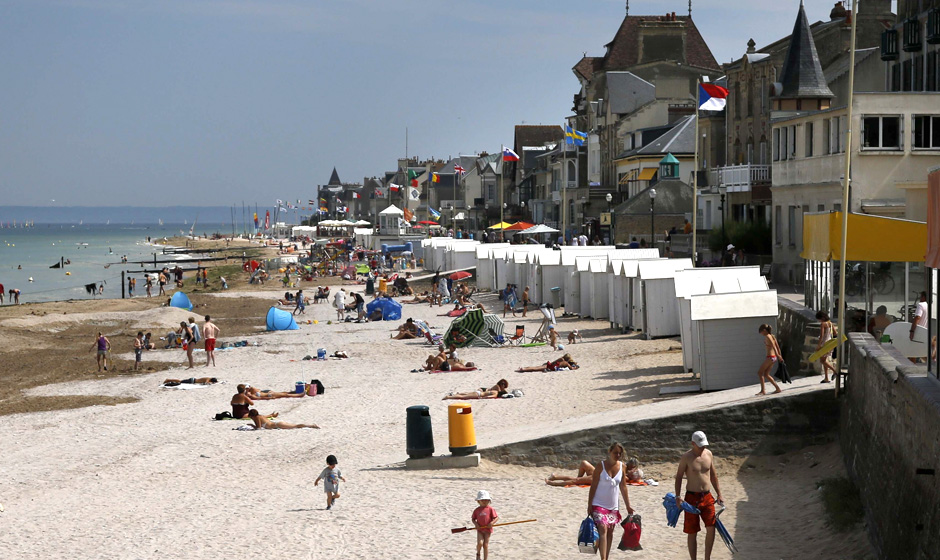 U.S. Army troops congregate around a signal post used by engineers on the site of a captured German bunker overlooking Omaha Beach after the D-Day landings near Saint Laurent sur Mer June 7, 1944, in this handout photo provided by the US National Archives. 70 years later, tourists walk past the same bunker. (REUTERS/Chris Helgren) 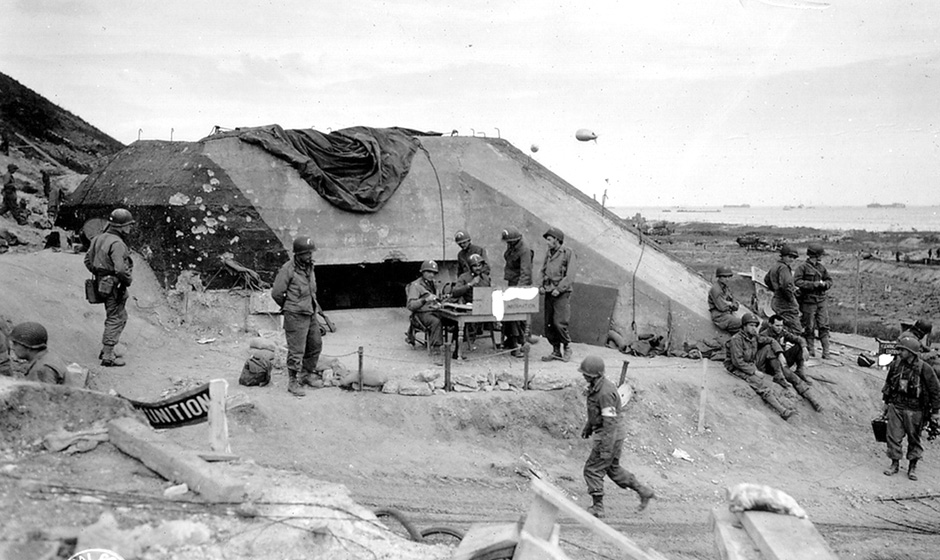 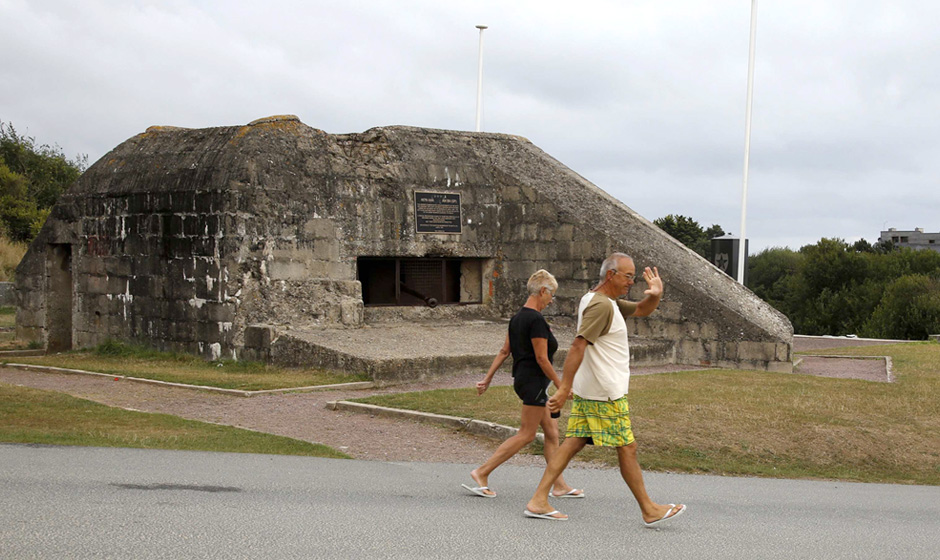 The 2nd Battalion U.S. Army Rangers march to their landing craft in Weymouth, England, on June 5, 1944 in this handout photo provided by the US National Archives. In Tourists walk along the beach-front in the Dorset holiday town of Weymouth, England, July 13, 2013. The port was the departure point for thousands of Allied troops who took part in the D-Day landings. (REUTERS/Chris Helgren) 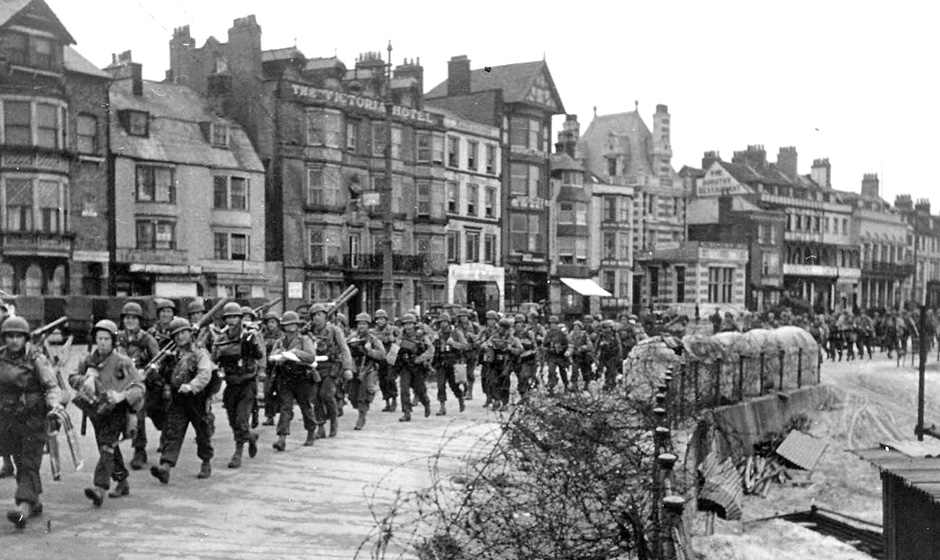 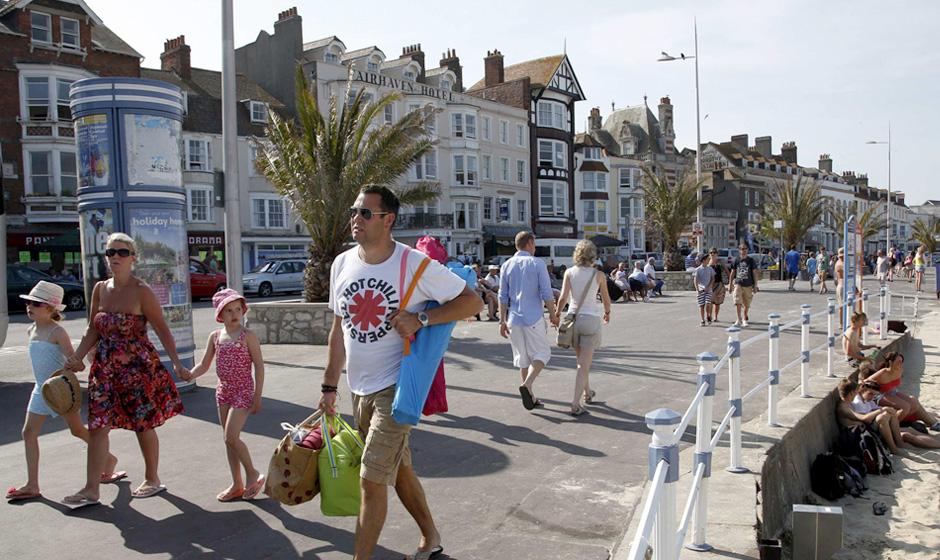 U.S. troops wade ashore from a Coast Guard landing craft at Omaha Beach near Vierville sur Mer, France, on June 6, 1944 in this handout photo provided by the US National Archives. On the same beach in August 22, 2013, tourists take part in a land sailing class. (REUTERS/Chris Helgren) 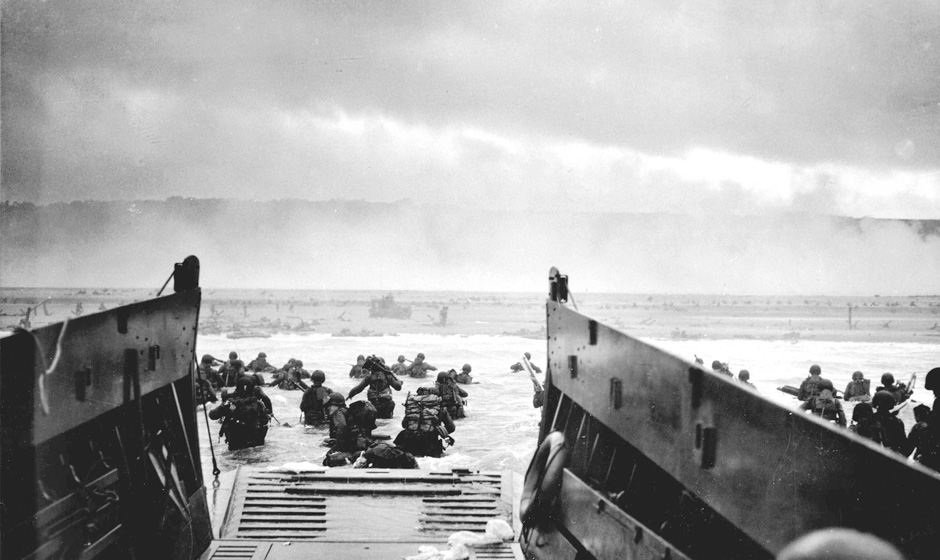 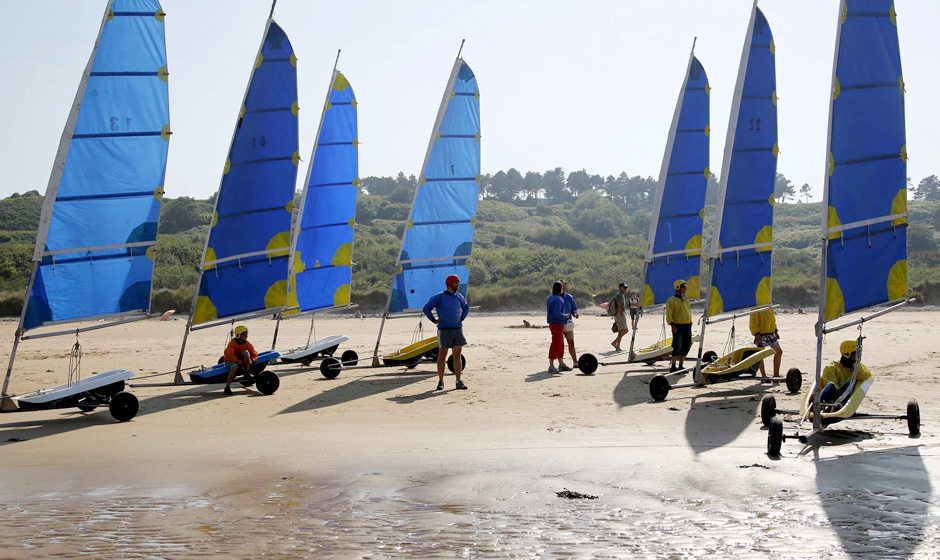 On June 6, 1944, allied soldiers descended on the beaches of Normandy for D-Day, an operation that turned the tide of the Second World War against the Nazis, marking the beginning of the end of the conflict. Beachgoers enjoy the sunshine on the same landing zone near Vierville sur Mer in August, 2013. (REUTERS/Chris Helgren) 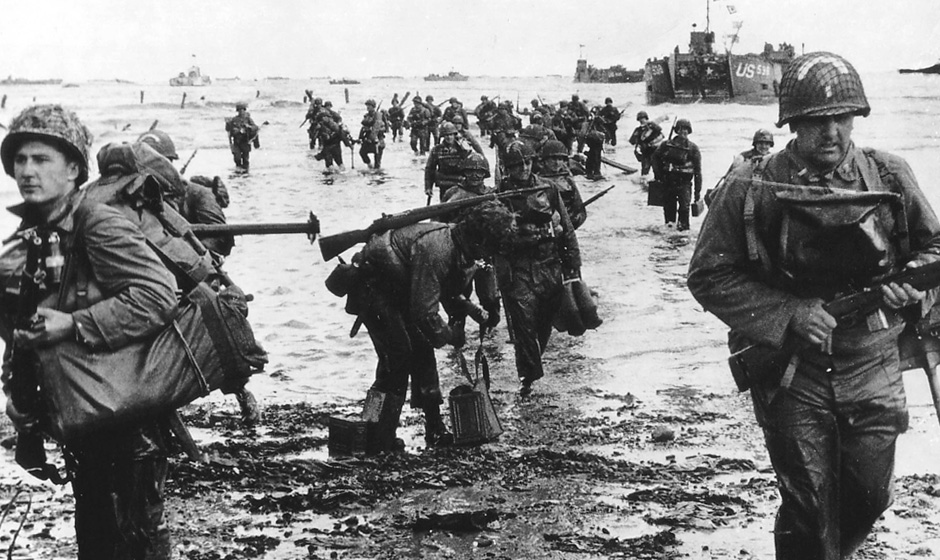 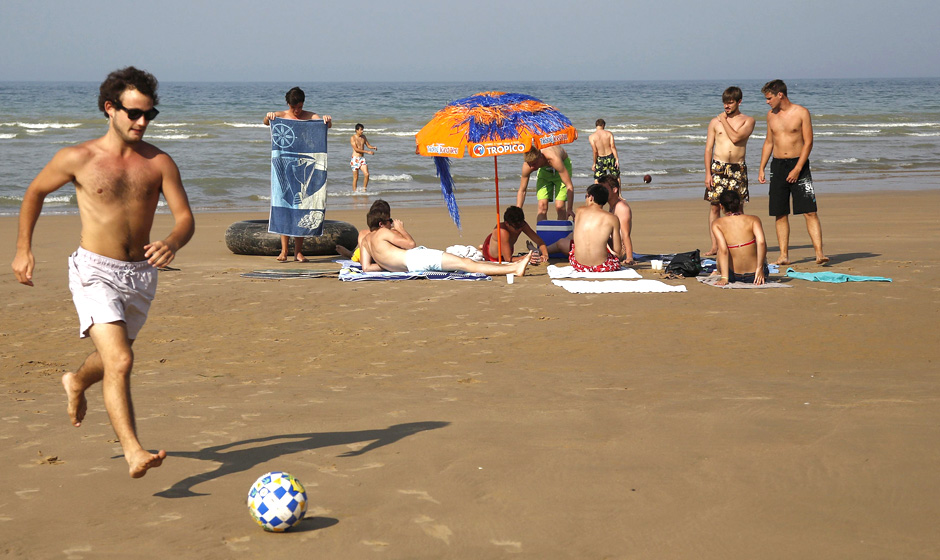 U.S. Army soldiers of the 8th Infantry Regiment, 4th Infantry Division, move out over the seawall on Utah Beach after coming ashore in front of a concrete wall near La Madeleine, France, June 6, 1944, in this handout photo provided by the US National Archives. French bathers walk over the remains of the same wall in August, 2013. (REUTERS/Chris Helgren) 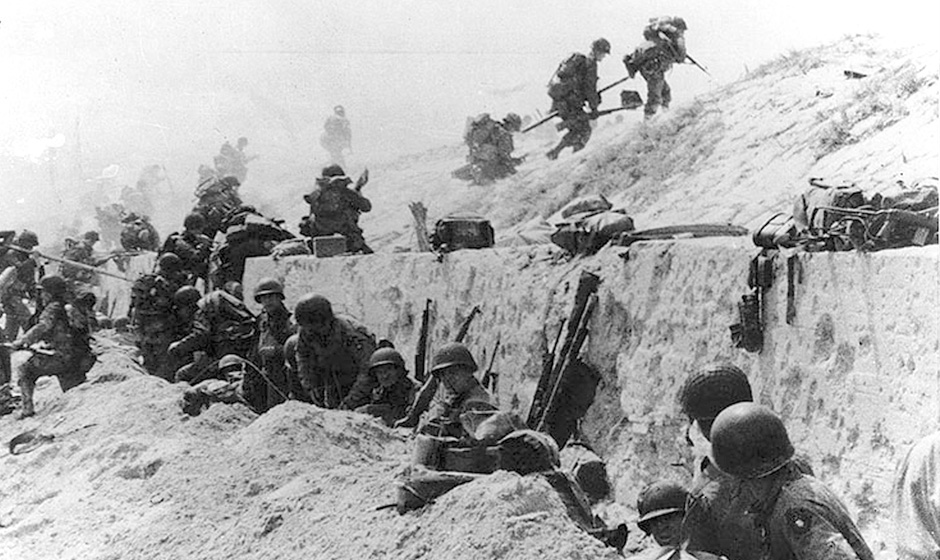 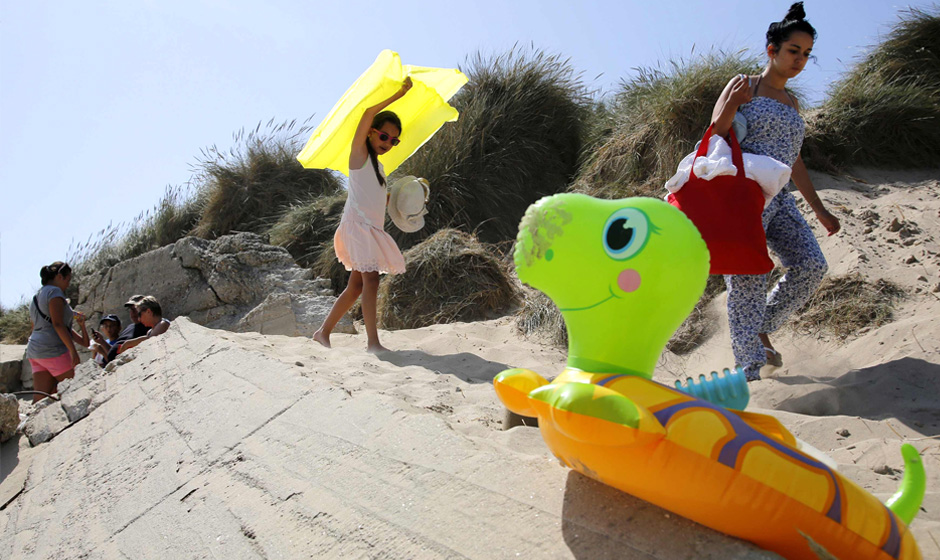 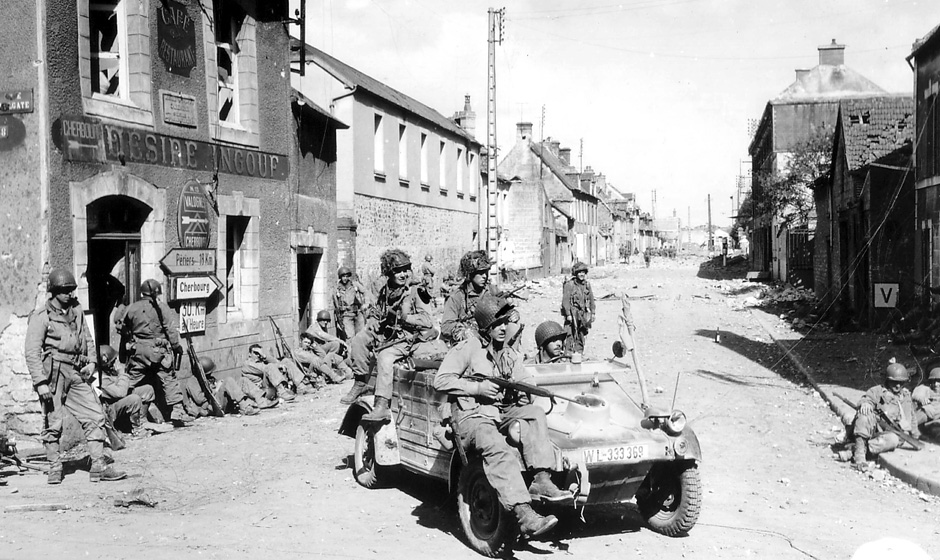 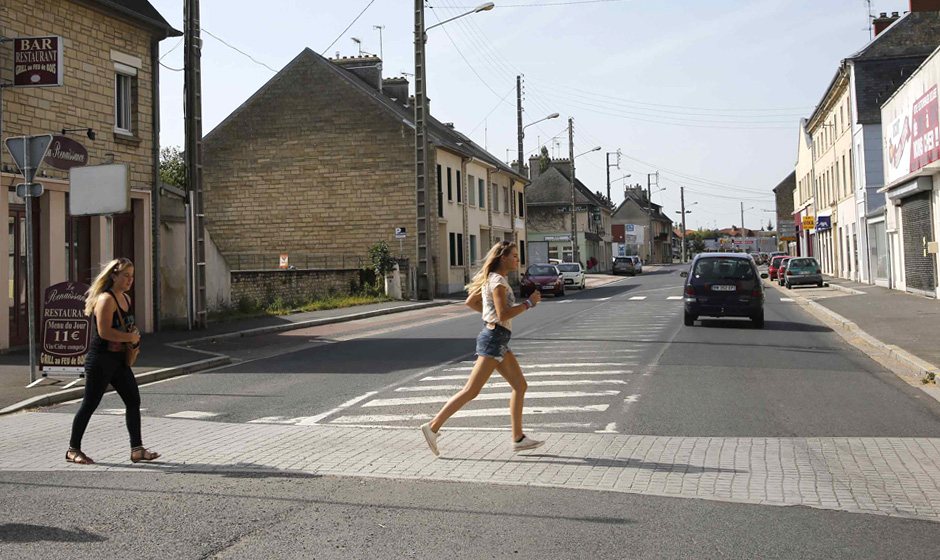