Had the rubber dinghy carrying Alan Kurdi and his family made it to their destination – the Greek island of Kos – they would have just been four more faces in the tide of humanity that has crossed the frontiers of Europe and the West this year.

Perhaps they would have been interviewed as they staggered ashore, or melted into the streams of migrants arriving by land and sea, fleeing the wars of the Middle East and central Asia. Even if their arrivals had been noted, the names of the Kurdi family would have been forgotten by now.

But the rubber dinghy carrying the Kurdis never made it to Kos, instead capsizing in the rough seas just off the coast of Turkey. And now everyone knows the name of Alan Kurdi, the three-year-old boy in the red T-shirt whose dead body washed up at a beach resort, captured in a photograph that somehow, finally, made the world wonder and worry about the rest of those desperately trying to reach the West.

In the picture, little Alan looks somehow unscathed, as if he were just taking a nap in the pristine beaches of Bodrum. But his journey was anything but peaceful.

His father, Abdullah Kurdi, told Syria's opposition Radio Rozana that his wife and two sons died one by one in his arms on Wednesday as they clung to an overturned dinghy in waves just off the Turkish coast. He said he had paid €4,000 ($5,860) for four spaces on the five-metre-long rubber craft, which was crammed with 12 passengers for the journey to Kos, just four kilometres away. It was supposed to be a 30-minute trip.

"When we were away from the Turkish coast, oh my God the waves, we died. The Turk [smuggler] jumped into the sea, then a wave came and flipped us over. I grabbed my sons and wife and we held onto the boat," Mr. Kurdi said, speaking slowly in Arabic and struggling at times for words.

"We stayed like that for an hour, then the first [son] died and I left him so I could help the other, then the second died, so I left him as well to help his mom and I found her dead. … what do I do. … I spent three hours waiting for the coast guard to come. The life jackets we were wearing were all fake."

Soon afterward, Mr. Kurdi collapsed into sobs, bringing the interview to an end. "My wife is my world and I have nothing, by God. I don't even think of getting married again or having more kids. … I am choking, I cannot breathe. They died in my arms."

Tiny Alan and his five-year-old brother Ghalib – who also died in the water on Wednesday – would have only known war and flight during their short lives. The family lived in Damascus, where Mr. Kurdi worked as a barber, before the 2011 outbreak of Syria's civil war.

As the violence closed in, they moved first to Aleppo, a city in northern Syria that quickly became one of the war's most contested battlegrounds. So they moved again to Kobani, a Kurdish enclave near the Turkish border. Then the family fled into Turkey after Kobani was captured by Islamic State (IS) – also known by its Arabic acronym Daesh – late last year.

Kobani is now under the control of Kurdish militias, who recaptured it with help of a U.S.-led bombing campaign. However, much of the city was reduced to rubble in the fighting, and Kobani remains the scene of regular clashes between Kurdish forces and IS.

"Daesh has taken everything from us. We came to the Turkish government and they were useless," Mr. Kurdi said in the radio interview. "I couldn't provide anything to my children, and my parents were helping us with the essentials even though I had a small salary."

Mr. Kurdi's brother Mohammad and his four children reportedly applied for refugee status in Canada, where the family has relatives who sponsored the application, but were rejected in June. Relatives claimed that rejection helped spur Abdullah Kurdi to make the "bad" decision to attempt to reach Kos.

Two dinghies capsized in the water off the Turkish coast on Wednesday, leaving a total of 12 people dead. Their deaths were just the latest in a year that has seen more than 2,500 people – many of them from war-torn places such as Syria, Iraq, Libya, Sudan and Afghanistan – die trying to reach Europe.

In the apparent start of a crackdown on the people-smuggling rings that have profited from those risky journeys, Turkish media reported that police had arrested four men on Thursday, all Syrian nationals. They were charged with "causing the death of more than one person," as well as "trafficking migrants."

The bodies of Mr. Kurdi's wife and children were at a morgue in southern Turkey on Thursday, waiting to be transferred back to Kobani for burial.

Mr. Kurdi told a Turkish reporter that after burying his family he intended to take up arms to fight against Islamic State.

He also claimed that the Canadian government had contacted him to offer citizenship in the wake of the much-publicized tragedy, but that he had declined. Citizenship and Immigration Canada denied Thursday that any such offer had been made.

"I will return to Kobani to fight against Daesh," he said. "I have nothing to live for. I will not go to Canada despite the invitation, nor to Europe. I'm not crazy about living in those places. I was only hoping to provide a better life for my children. I have nothing now, no family, no life. But I am now speaking for other refugees so that perhaps they will be saved."

But what awaits him in Kobani is likely more misery. Redur Xelil, a spokesman for the YPG Kurdish militia poised near the front lines of Kobani, said a "state of vigilance" had taken hold for now in the town, which has been a battleground for Kurdish fighters and the Islamic State since September, 2014.

For the moment, fighting is "sporadic," and includes sniper fire and bombardment, Mr. Xelil said in a telephone interview. "We are not fully engaged [in the battlefield], but we expect Daesh to make an attack," he said.

He said the fighters knew little of the day-to-day lives of civilians in the town, who were able to return to their homes after U.S.-led air strikes allowed Kurdish fighters to regain control of the town in 2015. The story of little Alan Kurdi and his family had touched the fighters too.

"Surely this represents a silent tragedy suffered by Kurds in particular, and Syrians in general," Mr. Xelil said.

Public Editor: Why The Globe published photos of a drowned Syrian boy
April 4, 2017
Opinion
Why I shared the horrific photo of the drowned Syrian child
May 15, 2018

Europe’s migrant crisis: Eight reasons why it’s not what you think
November 12, 2017 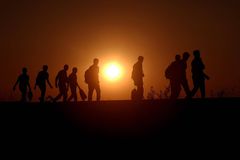 Boy on the beach reminds us that the migrant crisis is also Canada’s crisis
May 15, 2018

Menaced by gangs, El Salvador’s children are running for their lives
November 12, 2017 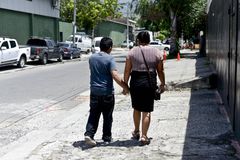