Thousands of Nigerians have died needlessly in terrorist attacks as officials looted more than $2-billion (U.S.) in funds intended for weapons to fight the insurgents, Nigerian president Muhammadu Buhari says.

In a statement late on Tuesday night, Mr. Buhari revealed details of "fictitious and phantom" military contracts of stunning scale and cynicism – including $1.7-billion allocated for four jets, 12 helicopters and unspecified amounts of bombs and ammunition. The equipment was never provided and the money disappeared, he said.

The stolen money has made it easier for Boko Haram to kill thousands of people while the Nigerian military lacked the weaponry to defeat it, the statement said.

Mr. Buhari ordered the arrest of all officials "complicit" in the "fraudulent acts," including the former National Security Advisor, retired lieutenant-colonel Sambo Dasuki.

Boko Haram, a radical Islamist militia in northeastern Nigeria that has sworn allegiance to the so-called Islamic State movement, has now overtaken Islamic State to become the world's deadliest terrorist organization, according to a new report.

The report by the Institute for Economics and Peace, a global think tank, said Boko Haram was responsible for 6,644 deaths last year, while Islamic State killed 6,073 people last year.

In the latest suspected Boko Haram attack, at least 15 people were reported to be killed and dozens injured on Wednesday in explosions triggered by two young female suicide bombers at a mobile-phone market in the northern Nigerian city of Kano.

Less than a day earlier, on Tuesday night, 32 people were killed and 80 injured in an explosion at a vegetable market in the northeastern city of Yola. It was also believed to be a suicide bombing by Boko Haram. The extremist group has killed an estimated 1,000 people in the past six months alone.

Nigerians have long complained of massive corruption in the Nigerian military and security agencies, and soldiers have often said that they lacked the equipment to fight Boko Haram, but the new investigation is the first to give details and name the alleged mastermind of the looting.

Mr. Buhari, who took office in May after defeating former president Goodluck Jonathan in an election, appointed a 13-person committee to audit Nigeria's military spending over the past eight years. The committee began work on Aug. 31, but its interim report has already found "illicit and fraudulent financial transactions."

The statement on Tuesday night said the Nigerian military was in "desperate need" of equipment and ammunition when the funds were stolen.

"Had the funds siphoned to these non-performing companies been properly used for the purpose they were meant for, thousands of needless Nigerian deaths would have been avoided," said the statement, issued by Mr. Buhari's spokesman, Femi Adesina, and later tweeted on Mr. Buhari's official Twitter account.

"It is worrisome and disappointing that those entrusted with the security of this great nation were busy using proxies to siphon the national treasury, while innocent lives were wasted daily," the statement said.

In addition to the phantom contracts for jets and helicopters, Mr. Dasuki ordered Nigeria's central bank to transfer more than $130-million to foreign bank accounts "for unascertained purposes, without any contract documents to explain the transactions," the statement said.

It said it was "disturbing" that the investigation also discovered that other contracts were awarded to companies that had consistently failed to deliver what they were required to supply in previous contracts.

Mr. Dasuki, one of the most powerful officials in the former Goodluck Jonathan government, has been under house arrest for the past week on accusations of money laundering and illegal arms possession. 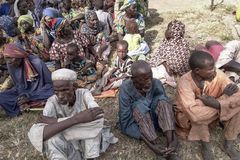 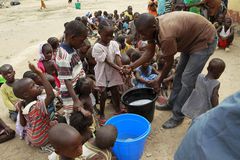