When Simon de Gaudelle heard gunmen had attacked the offices of the satirical newspaper Charlie Hebdo – and murdered five of the country's most prominent cartoonists – he headed for the centre of Paris with a drawing pad and a fistful of markers.

"Liberty for pencils," read one handmade sign the young economist created as he leaned against a lamppost near Place de la République, near the heart of this city that has inspired far more literature and romance than violence. "Freedom of expression, brotherhood of the nation," read another.

Around him, thousands of other Parisians were holding up handmade signs of their own, many of them reading simply "Je suis Charlie" – "I am Charlie." Others held an assortment of pens and writing utensils aloft a silent gesture of solidarity with the dead journalists.

Pierre Emmanuel, a 29-year-old communications engineer whom Mr. de Gaudelle delegated to answer questions while he continued to draw, said the intent of the impromptu protest aimed to show Paris had not been felled by the arrow aimed at its insouciant soul. "The right to information is the first right in a democracy," Mr. Emmanuel said. "Our liberty is not negotiable."

The gathering was a very French response to what many here felt was an attack on the essence of Frenchness: the right of every individual to do and say what they please. Liberté, after all, comes even before égalité and fraternité here.

Though many admitted to occasionally squirming at Charlie Hebdo's intentionally offensive articles and cartoons (the same offices were firebombed in 2011 after the newspaper printed cartoons of the Prophet Mohammed and jokingly named him "guest editor"), those on Place de la République argued the paper played an important role in French society by pushing – and thereby defending – the borders of free speech.

"Today, France has been struck in the heart," President François Hollande said in a televised address hours after the attack. "Greatly talented designers, courageous reporters died. They touched, with their insolence, generations of French. We will continue to defend this message of freedom on their behalf." Mr. Hollande ordered that flags across the country be lowered for three days of mourning.

Paris Mayor Anne Hidalgo had initially called for a protest march Thursday beginning at Place de la République – a short walk from the police cordon set up around the offices of Charlie Hebdo – but many Parisians felt they couldn't and shouldn't wait so long to register their angry defiance.

Wednesday's gathering began as a wake, with thousands of people standing at dusk under the statue of Marianne, the allegorical woman whose image represents the French state, with only the occasional wail of a police or ambulance siren breaking the silence.

But the mood grew more defiant as night fell, with several young protesters scaling part way up the statue to lead the crowd in chants of "We are united for democracy!" and "We are Charlie!"

A group of young demonstrators summed up the mood, moving through the square in a line, each holding aloft a glowing letter. Together they spelled out the English words "Not Afraid."

There was a police presence at the edge of the square, but other than the near-constant squeal of sirens, there were few signs of heightened security.

Rather than let fear prevail, the crowd came to show they were unbowed by the carnage, and to make it clear this city would go on saying and reading whatever suited it.

"We will miss them because they were the greatest caricaturists in France, perhaps in Europe," said a 62-year-old management trainer who gave his name as Yves and held aloft a copy of one of Charlie Hebdo's most famous covers – a 2011 issue which showed a Muslim clergyman and a cartoonist who looked a lot like the newspaper's murdered editor-in-chief Stéphane Charbonnier locked in a deep kiss under the headline "Love is stronger than hate."

"They will go on and we will go on," Yves said, referring to the satirical newspaper and its readers. "It's about freedom of expression and freedom of thought. There's just one law in France."

Yves, who asked that his family name not be used, said Paris had experienced terrorist attacks before without allowing it to change the city's freewheeling nature.

But in an era where the National Front – a far-right movement accused of Islamophobia – is on the rise here, some in the crowd said they came to emphasize that all of France had been attacked, and that France's large Muslim population shouldn't be blamed for the actions of three individuals.

"I'm worried about the fact that all Muslims are going to be considered terrorists. We need to remain very calm in these circumstances and not confuse three terrorists with the 2 or 2.5 million Muslims living in this country," said Line Deweulf, a 69-year-old retired teacher wearing a "Je suis Charlie" sticker on her black sweater. She said that while teaching in the suburbs of Paris she had seen the growing isolation and anger of the country's Muslim community, and that she was now worried about the "cohesion" of French society.

Yousef Ozan, a Kurdish activist who was at the demonstration, said he and his group, one of several Muslim groups present, had been welcomed, but he nonetheless saw anti-Muslim sentiment as rising in the country.

"There are many feelings against the Muslim people," he said. "I understand why, but that doesn't make it right." 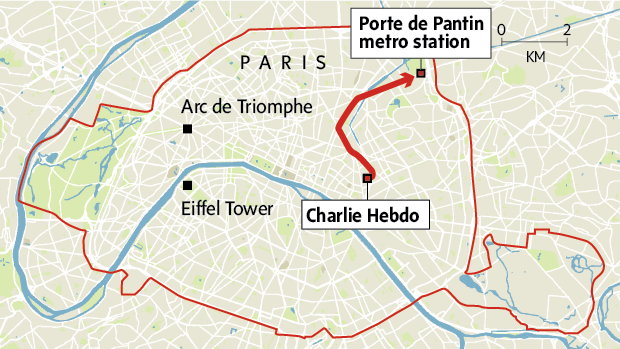 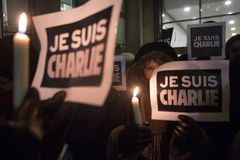 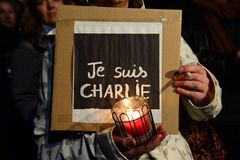 In memory of the five political cartoonists killed in the attack on Charlie Hebdo: Cabu, Wolinski, Charb, Tignous and Honoré
January 7, 2015
Mockery and the Prophet: European media’s history of satire sparking retribution
January 7, 2015 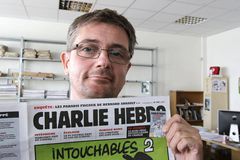 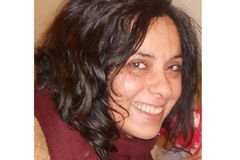 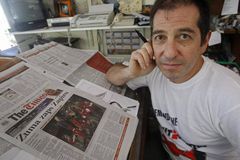 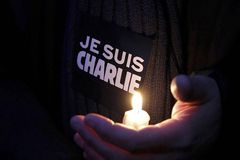 What is Charlie Hebdo and why was it a target?
January 7, 2015
Follow Mark MacKinnon on Twitter @markmackinnon
Report an error Editorial code of conduct
Due to technical reasons, we have temporarily removed commenting from our articles. We hope to have this fixed soon. Thank you for your patience. If you are looking to give feedback on our new site, please send it along to feedback@globeandmail.com. If you want to write a letter to the editor, please forward to letters@globeandmail.com.
Comments