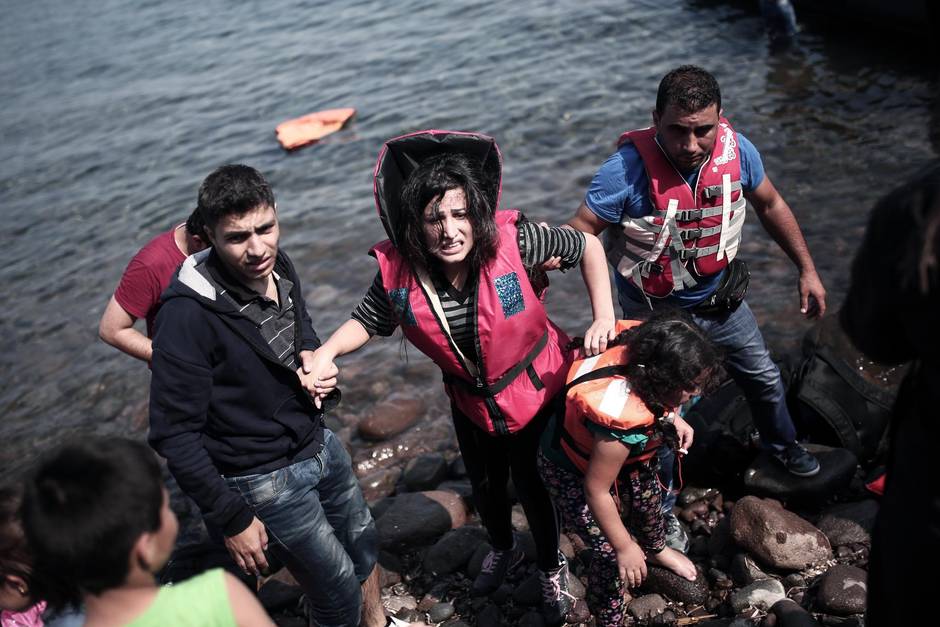 Refugees land on the shores of the Greek island Lesbos in an inflatable dinghy across the Aegean Sea from from Turkey on September 3, 2015. (Angelos Tzortzinis/AFP/Getty Images)
Three mistakes we keep repeating when it comes to refugees
We think of ourselves as a haven for refugees, but Canada has consistently floundered in offering help

The refugees had piled up in camps by the hundreds of thousands, had often made perilous crossings with sometimes tragic outcomes, and had become the subject of enormous public concern, before Ottawa even thought to help them in any significant way.

That’s because the refugees, despite being hailed by the public as freedom fighters who had resisted a cruel regime Canada had also opposed, were fundamentally not trusted by some senior figures: Their ethnicity and religion led to official fears that some of them would be extremists. And also because we believed, falsely, that taking in tens of thousands of them in their moment of need would launch a never-ending flood of alien outsiders who could not be integrated into Canadian society.

Today there is no excuse for repeating Canada’s earlier mistakes. We have learned these lessons, the hard way, over and over, and everyone in Ottawa knows that swift, engaged, mass action saves lives and benefits Canada. Instead, we are repeating the three grave mistakes of the past. 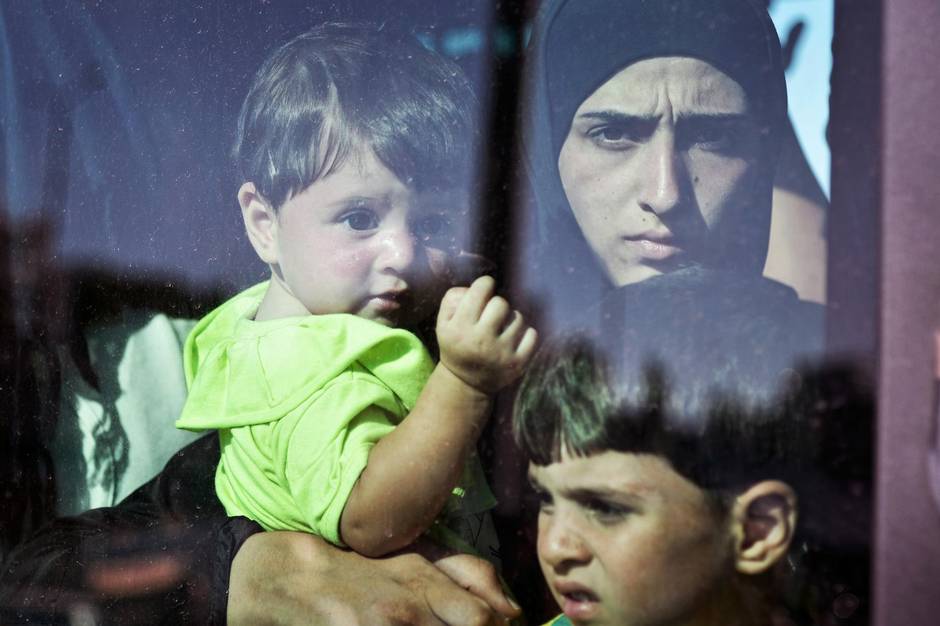 We like to think of the 1956 rescue and settlement of 37,000 Hungarians – the first major refugee influx after that word entered our vocabulary with the end of the Second World War, and the event that defined Canada’s refugee-taking identity – as having been swift, decisive and principled. In fact, it was anything of the sort – it did not occur until Ottawa had been embarrassed.

In December, 1956, the Globe and Mail ran an editorial headlined “For Shame.” It could have appeared, almost word for word, this week.

It began by expressing dismay at the “unreasoning bigotry” of those in government who would “question and even protest the efforts being made to bring the refugees here,” whose “clangorous views” were bringing “discredit to Canada.”

It then put the tens of thousands of refugees into context: “The numbers that will come form an infinitesimal portion of the New Canadians who have settled here in the past decade – not, as the critics are trying to make out, a huge mob which will somehow absorb Canada instead of being absorbed. … This country’s past has been plagued by priggish xenophobia. Let us, for once, live up to the standard of a truly civilized nation and meet the challenge of this glorious opportunity to serve freedom and mankind – as well as ourselves.”

Those “clangorous views” were coming from the St. Laurent government’s cabinet and intelligence agencies, which warned that the Hungarian refugees’ religion, ethnicity and tendency to political extremism were all incompatible with what they saw as Canadian values.

As historian Harold Troper writes, Canada’s director of immigration warned, in an internal memo, that the Hungarian refugees would contain too many “persons who had taken advantage of the situation” – who were, in his words, “all of the Hebrew race and were in possession of a considerable amount of funds” and should be deterred. (Despite these official recommendations to turn away Jews – which were followed obediently by some officials – at least 15 per cent of the Hungarians Canada finally admitted were Jewish; by 1956, religious intolerance did not always extend down to the front lines.)

On top of this, Ottawa feared that the refugee group would contain extremists capable of committing violent acts. Dr. Troper writes: “Canadian security personnel again warned government that the communists might attempt to infiltrate this refugee movement in order to place secret agents into unsuspecting Western countries, including Canada.”

As a result, Ottawa suffered from “bureaucratic inertia,” deliberately doing nothing until public outrage, and a humanitarian emergency, forced its hand, and almost 40,000 were finally admitted.

History repeated itself in the 1970s, when millions of Vietnamese fled after the Vietcong seized power in 1974.

In 1975, when the United States was bringing in more than 100,000 Vietnamese, Canadian immigration minister Bob Andras declared that he “would not be seeking authority to admit Vietnamese and Cambodian refugees beyond the 3,000 already authorized by Cabinet,” even though those 3,000 had already settled and integrated easily. For the next four years, as the crisis exploded, Canada allowed only 70 Vietnamese families per month.

This was in part because there were official warnings that any Vietnamese refugee group would contain communist infiltrators. There was also a widespread belief that east Asians could not be integrated into Canada, even though Canada’s brand-new immigration act for the first time allowed non-white populations to immigrate. As late as November, 1978, the Toronto Star editorialized that a “Vietnamese peasant would find it all but impossible to adjust himself to this different world, culture, and climate,” and that Canada should finance their resettlement in other Asian countries instead. That view informed a lot of official thinking. 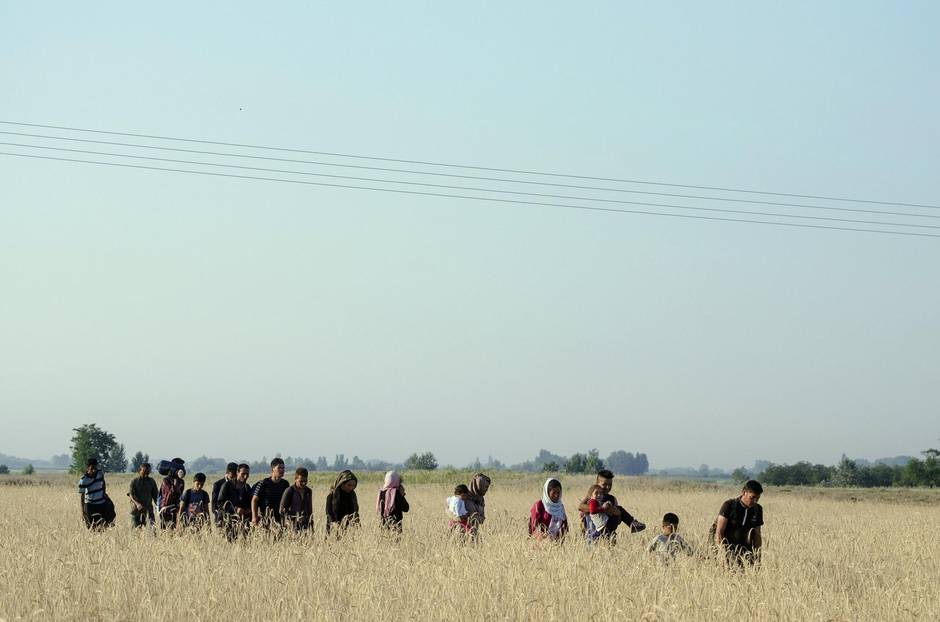 A migrant group walks onto the wheatland as they arrive at the Hungarian side of the joint Serbian border at Asotthalom village, southern Hungary, on July 7, 2015. (Csaba Segesvari/AFP/Getty Images)
2.We wait until something awful happens

In the case of the Hungarians, Ottawa did not act until more than 200,000 Hungarians had risked their life lives making a foot crossing to Austria and had been holed up in ill-equipped refugee camps, sparking a huge public outcry.

The Vietnamese were kept out of Canada, except in embarrassingly small numbers, until the end of 1978. Then, the Hai Hong, a small boat with 2,500 Vietnamese packed on board refugees, drifted from country to country without being accepted – a dark reminder of the S.S. St. Louis, the ship packed with 907 Jews fleeing Nazi Germany that was refused entry to Canada in 1939, forcing its passengers refugees back into concentration camps.

The Hai Hong caused a public and media outcry that finally overcame Ottawa’s reticence; in 1979, Joe Clark’s government raised the quota on Vietnamese refugees from 5,000 to 60,000, making Canada the second-largest settler of these Southeast Asians.

And this week, it was the images of the Kurdi family, their toddlers drowned at sea after other members of their family faced a bureaucratic quagmire, and ultimately rejection, from Canada. There’s little doubt that the public horror at this image will provoke Ottawa to take more refugees. But haven’t we learned that it should wait until something like this occurs? 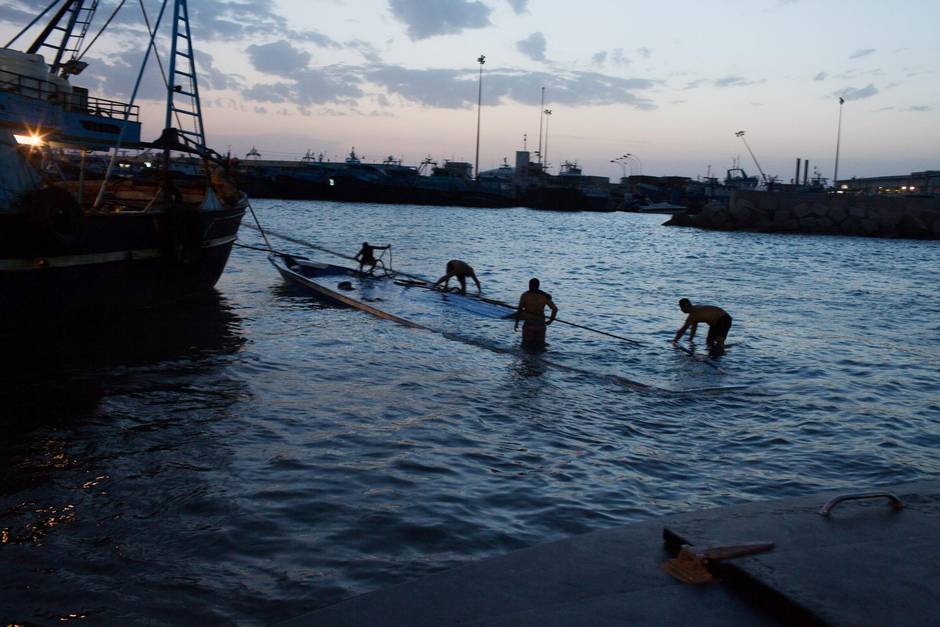 A sunken boat carrying migrants is pulled in to the port in Zuwara, Libya, on Aug. 27, 2015. (Mohamed Ben Khalifa/Associated Press)
3. We think it will never end

On Thursday, Prime Minister Harper was asked repeatedly why Canada is taking comparatively few Syrian refugees (we have accepted only a few thousand; Germany and Sweden have taken many tens of thousands per year). He suggested that a substantial increase would involve “millions of people” coming to Canada in an endless conflict: “We do not want to pick up entire communities, hundreds of thousands or millions of people, and move them out of the region where they have lived for as long as history has been written.” There is a suggestion, often cited, that we run the risk of opening the floodgates in an endless conflict involving unassimilable people.

Nobody in Ottawa should believe this – not after the previous six decades of refugee history. Refugee emergencies are temporary, even in “endless” wars, and even 60,000 refugees are easily settled, quickly integrated and dwarfed by our general immigration numbers.

The intervening decades should have taught us that a few tens of thousands of refugees, or even more, are neither a security threat, an integration threat or the beginning of an endless flood. In the 1990s, Canada took in 35,000 Bosnians and 5,000 Kosovars who were victims of Slobodan Milosevic’s wars in the former Yugoslavia – usually by bringing them directly to Canada by airlift. Most of them were Muslim, few spoke a word of English or French, some had been members of violent and extreme organizations. It was widely believed that the wars would last forever.

A good number moved back once the Balkan conflicts had ended in 2000 – despite fears, especially in Europe, that they were a permanent “invasion.” (In fact, of the 2.2 million Bosnians who became refugees in the ‘90s, all but around 300,000 have returned) But a good number did stay in Canada. Today, they are well-liked residents of the Prairies, the Maritimes and the Pacific Coast; their children are as Canadian, in culture and language, as mine.

We have taken tens of thousands of primarily Tamil Sri Lankans, many with ties to extremism; of Ugandan Ismailis and Chilean leftists and Greek communists and Somalis, Eritreans, Ethiopians and Ukrainians of all stripes: All have faced hardship on arrival, sometimes controversy in their communities of settlement, a complete lack of linguistic and cultural fluency and all have become part of the Canadian fabric, sometimes returning home when the conflict ends, sometimes investing their lives as Canadians here, never becoming an invasion or an endless wave or a cultural challenge.

And the Hungarians and Vietnamese, of course, have become among the most successful and well-settled Canadians, enormous contributors to the cultural, economic and educational success of Canada, our initial reticence, fear and hesitation long forgotten.

After all that, why have we apparently returned to the “priggish xenophobia” of the last century? We need to remember our mistakes, and realize that doing the right thing quickly, decisively and in large numbers is never bad for Canada.

Europe's migrant crisis: Eight reasons why it's not what you think
Follow Doug Saunders on Twitter @dougsaunders
Report an error Editorial code of conduct
Due to technical reasons, we have temporarily removed commenting from our articles. We hope to have this fixed soon. Thank you for your patience. If you are looking to give feedback on our new site, please send it along to feedback@globeandmail.com. If you want to write a letter to the editor, please forward to letters@globeandmail.com.
Comments