Brazil’s national mythology is built on the idea of a democracia racial – a country whose population is uniquely mixed and has moved beyond racism.

The lived experience of its citizens, especially the majority who are black or mixed-race, tells a different story. Three residents of Bahia, known as the country’s “blackest” state, share their personal stories with The Globe and Mail’s Stephanie Nolen. 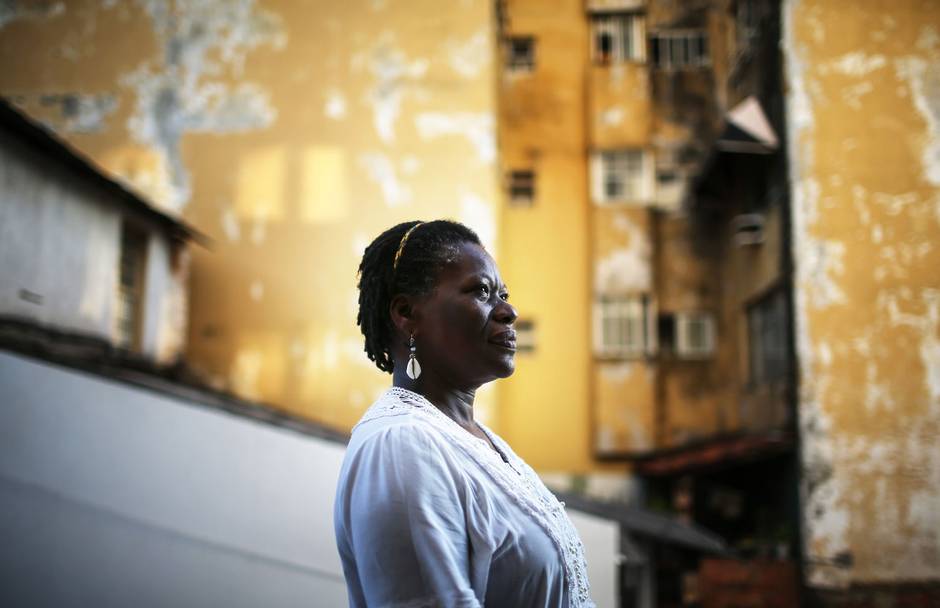 ‘It’s not easy to start working when you’re 12’

Cleusa de Jesus Santos was one of eight children whose father left when she was small. Her mother, illiterate and living in a slum, had no way to feed them all. “A friend of my mum’s said, ‘There is a person who needs a girl, just to watch her son, to keep him company.’”

So Ms. Santos was sent. “But when I got there, the reality was completely different: They said they were going to put me in school and so on, and they didn’t. I didn’t have vacation. I couldn’t see my family.”

For eight years, she was fed leftovers, clothed in castoffs – and never paid. It was, she says, essentially slavery – and extremely common in Salvador, the capital of Bahia. “Being a slave is doing everything the boss says without questioning anything,” she explains in an angry rush. “You understand? Being there, working, available 24 hours a day, at their disposal, without demanding anything. Only saying, ‘Yes, sir,’ ‘yes, ma’am.’”

It wasn’t until her third job that she finally obtained a small salary. Then one day she learned of a union for domestic workers whose staff told her she had a right to sick leave, vacation and social security, and explained how to discuss such things with her boss.

But she lost her next job when the boss saw her on TV. “I was doing an interview, and I said: ‘If the boss doesn’t have the means [to pay for social security etc.], they shouldn’t hire. They should clean their own bathrooms, do their laundry.’”

She laughs at the memory. “They think we already have too many rights. ‘You have a home, you have food, right? What else do you want?’”

A national federation of domestic workers has achieved some ground-breaking reforms in recent years, limiting a maid’s work to 42 hours and not more than six days a week, while requiring that employers pay minimum wage (which in Bahia equals $310 a month). Yet there is little enforcement of the law, Ms. Santos says, and because the majority of domestic workers live (in tiny rooms) in their employers’ homes, their exploitation is largely hidden from view.

But this is changing, Ms. Santos says: Young women who enter domestic work today often do it for only six months or a year, long enough to make the money to pay for professional training. She takes courses at night, recently earned her high-school diploma and now plans to study psychology in university.

She also wants to help other women. “Because it’s not easy to start working when you’re 12 years old, your boss always telling you, ‘Oh, you’re not going anywhere. You’re a pig, you’re black. If you leave here, you will become a prostitute.’ Listening to all this, you internalize it, and it’s hard to shed.” 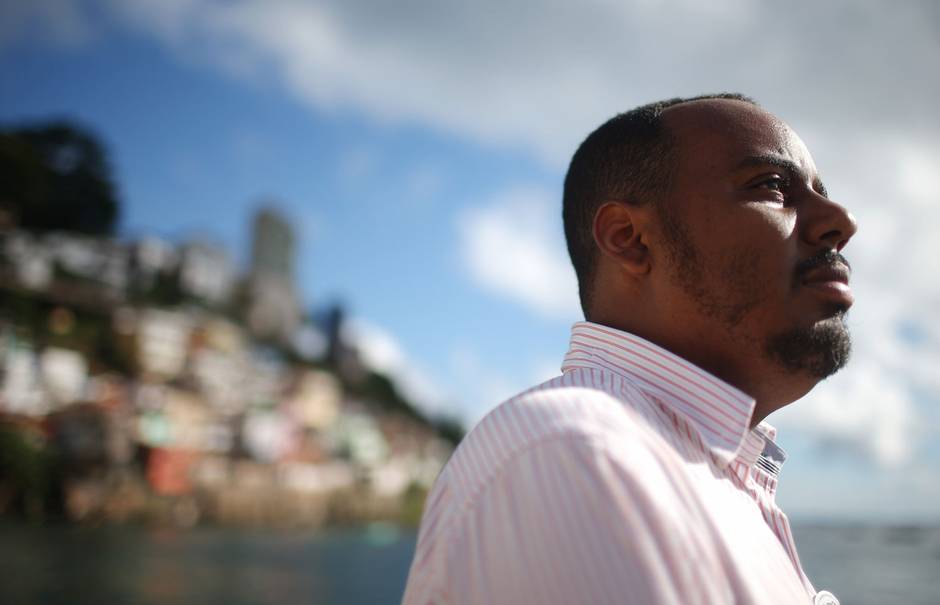 Paulo Rogerio runs one of just a couple of black media companies in the country. He is 33, grew up in a favela in Salvador, and learned English by listening to the lyrics of Public Enemy and other hip-hop artists. Eventually, he won a Fulbright scholarship and went to study in the U.S. – where, through mentorship programs, he met lawyers and politicians and prominent business people.

Now that he’s seeking to expand his business, the Ethnic Media Institute, a digital nonprofit, he is looking for investors there as well. “I come from the favela – I don’t have connections in Brazil. Here I don’t know white people – I don’t even know where they live. White media would never be interested in a partnership …

“In Brazil we do talk about race but not in an honest way – about white privilege, concentration of power, about the importance of diversity – no, we talk about how we’re all Brazilian, we’re all mixed.

“Our conversation about race is not even close to what you have in Canada or the U.S. or Europe. There are a lot of reasons – one is media. The media in this country are very concentrated – it’s families. There’s no black radio or TV and there’s one magazine with a circulation of 40,000 copies. Second, economic power – we don’t have economic power in this country. Because of segregation, they had it in the U.S. – in a strange way it was helpful. There had to be black lawyers, black doctors, there was a black Wall Street in the 1950s. You can’t have black media or black education, with private schools to teach the history [like the U.S. had], if nobody has any money.” 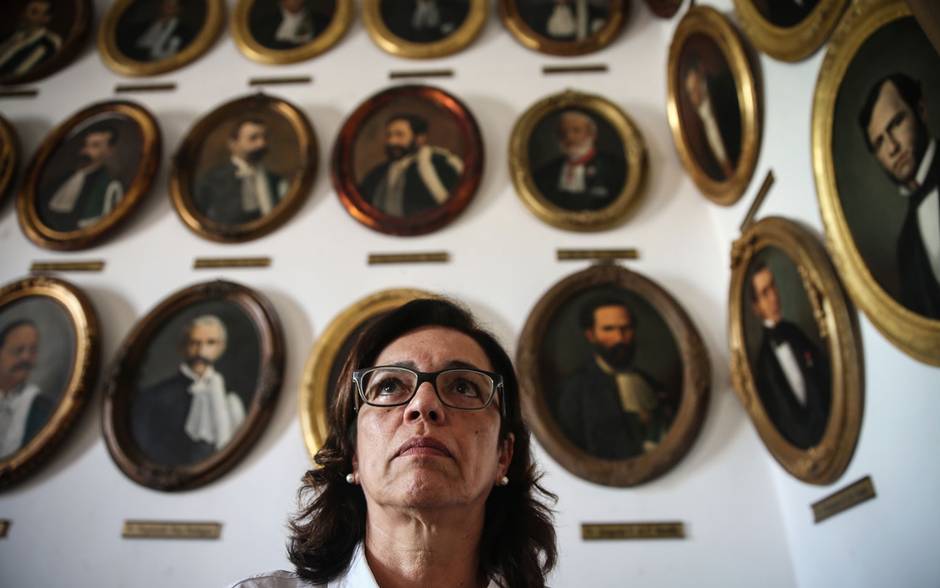 ‘It’s my history and I can’t negate it’

Lorene Pinto Silva graduated from the Federal University of Bahia medical school more than 30 years ago, taught there for decades and in 2011 was named its director. She is the first woman to hold the post; soon a portrait of her in ermine-trimmed academic robes will be added to three centuries’ worth of portraits of white men.

Dr. Silva identifies as morena, brown or mixed-race, because, she says, all families in Bahia have racial mixing in their backgrounds. She is a strong advocate of the “quota” policy that reserves some seats in the medical school for black and mixed-race students and for those who graduated from public schools.

“Since I’ve been here, there have only been students from the same schools and families. Since the quotas, I’ve been saying, ‘We’re seeing Bahia arrive in our school.’”

Some of the affirmative-action students struggle initially, she says, because they do not have the same solid academic background, but that is no reason to keep them out. “I argue the opposite. The university can’t close itself to the rest of the country – we have to reach out. …

“The entrance of these students has been making the university re-evaluate its role in society – it’s not their fault [they are insufficiently prepared]. The university can’t reject them … the responsibility is ours. It’s my history and I can’t negate it.”

Editor's Note: A previous version of this article said Paulo Rogerio runs the only black media company in Brazil. In fact, his is one of a handful of such organizations.