From their base on the edge of Bangui's airport, the militia fighters lounge by their campfires and watch lazily as cargo planes taxi past them with the latest shipments of humanitarian aid.

Every few days, a heavily armed unit of French soldiers arrives at the militia camp to search for weapons. They usually don't find much. "We see them before they get here," laughs Sebastien Wenezoui, a leader of the anti-balaka militia.

In the Central African Republic, an anarchic land where the army and police have collapsed, the real power is held by vengeful militias and thugs. The largely Christian anti-balaka militia has the upper hand today, but last year it was the largely Muslim rebels who held control. Thousands of innocent civilians have died at the hands of both militia groups over the past few months in one of the world's most neglected catastrophes.

On the road to the anti-balaka camp, two French armoured vehicles can be seen in retreat, trundling back down the road after another failed search. Within minutes, the militia are displaying their weapons again: guns, machetes, knives and even bows-and-arrows. "We just hide our weapons when we see the French," Mr. Wenezoui says. "They can't find our weapons, so they leave."

The 2,000 French troops here, originally deployed for a six-month mission, have done little to disarm the anti-balaka militia (whose name means "anti-machete" and implies that they are immune to machetes). The French mission has now been indefinitely extended, but the country remains awash in weapons, while the anti-balaka continue to control most of the territory.

At their checkpoints along the highways, the anti-balaka men flash a menacing arsenal of crude weapons: old hunting rifles and pistols, huge ceremonial swords, and an array of daggers, blades and machetes. Some fighters wield a knife in each hand. But they also have more modern weapons, including Kalashnikov assault rifles and hand grenades.

After the rebels overthrew the government last March, they broke into the main military arsenals, allowing thousands of weapons to be scattered and stashed across Bangui, the capital. Now you can easily buy a Kalashnikov for about $20 (Canadian) and a hand grenade for less than a dollar. Middlemen in the city markets can quickly lead any buyer to a willing seller, according to local aid workers and security analysts.

"Grenades are the current favourite," said one aid worker, speaking on condition of anonymity. She explained how grenades are tossed at the convoys of terrified Muslims who flee from Bangui.

There are also about 6,000 African Union peacekeeping troops in the country, but they are poorly trained, poorly equipped and often far from neutral. Many of the peacekeepers are Chadians, who are widely seen as pro-Muslim.

The Muslims, meanwhile, accuse the French of supporting the anti-balaka militia. To add to the chaos, the former Seleka rebels who briefly seized power last year are still active in some parts of the country, and the French have failed to disarm them as well.

Human-rights groups such as Amnesty International have criticized the African peacekeepers and French troops, calling them ineffective, immobile and slow to respond to massacres. In some cases, the anti-balaka have been allowed to set up roadblocks within 50 metres of French checkpoints, helping the militia to entrench its rule, Amnesty says.

The interim president, Catherine Samba-Panza, depends on the foreign troops because her own army has collapsed. She concedes there aren't enough Sangaris and MISCA troops (as the French and African forces are known). "We need more men on the ground," she told a small group of journalists last week. "The country is big and we don't have enough soldiers. After the Sangaris and MISCA operate in an area and leave, the militias come back. We need many troops to disarm these groups."

At their camp near the Bangui airport, the anti-balaka insist they will not disarm until their Seleka enemies and all other Muslim militias have disarmed. While some stick to an official script about the need for "dialogue" and "elections," they also spew hatred at the Muslim minority, accusing them of massacring Christians or allowing such atrocities to happen. Most say they joined the militia after their own family members were killed by Seleka or other Muslims, and they don't conceal their desire for revenge.

In this vicious war of militias and armed gangs, there is little ration or reason. The anti-balaka put their faith in superstition, claiming to be invincible to bullets because of the colourful amulets that they wear. "Our charms protect us against every kind of weapon," Mr. Wenezoui says. "They allow us to disappear when we are about to be hit." 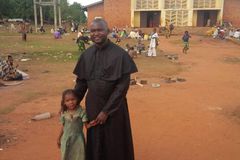 In Central African Republic, a deadly spiral of revenge picks up speed
February 26, 2014 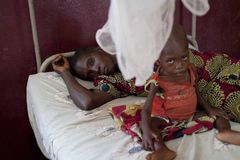 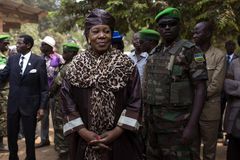 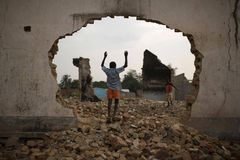