Young is 19 years old, the kind of bright young face who gets picked for glossy campus brochures. He attends Peking University, the top university in China. He is studying chemistry, out of a desire to help solve his country's struggles with energy and the environment. He is a curious mind who scours Wikipedia for information, even on subjects outside the strictures of approved Chinese thought – such as what happened on June 4, 1989.

On that day, China's leaders ordered soldiers to open fire on pro-democracy protesters who had occupied Tiananmen Square.

Many of those protesters once inhabited the very campus Young, and a new generation of very different students, now stroll. Had he been in charge he would have ordered them shot himself, he says.

"I would probably have chosen to do the same," says Young.

Hundreds, perhaps thousands died that day alongside their dreams of a society where speech is free, government is not corrupt and people have the right to choose their own thoughts and destinies.

Perhaps nowhere is the demise of those dreams more striking than at Peking University, a place that 25 years ago was one of the hearts of the student movement.

Today's students bear little in common with an earlier generation who, nourished by an intellectual diet of Greek philosophers and French Revolution-era writers, dared push for a changed China.

For Young, there is no pressing need for change. And the lives of a few hundred do not compare to the lives of China's many millions, with the chaos that could result from fraying the country's one-party rule, he says, offering only his English first name given the continued sensitivity of discussing June 4, 1989, in China.

"Stability is what enables everyone to live a happy life," he explains, echoing the central tenet of China's Communist Party, which used the tanks of Tiananmen to cement its unyielding grip on the country. Even the real tally of how many died is obscured by China's bid to delete the event from the memory of its people.

Memories of those times haven't vanished. But among a cohort of students filled with young people not yet born in 1989, the past has been dramatically reshaped — and often perverted — by a sustained campaign of propaganda, deliberate misinformation, and even outright bribery for support of the modern Communist Party. A long-standing post-Tiananmen cynicism has begun to transform into a sense that Deng Xiaoping, in ordering the military to open fire, did exactly the right thing.

Ten years after Tiananmen, a group of China's top students told The Globe and Mail they did not believe any students died at Tiananmen. At the 20-year mark, students professed knowledge of what happened, but voiced confidence in a government they said was moving in the right direction, albeit slowly.

Now, 25 years later, the Chinese state has succeeded in further elevating that confidence, leaving little empathy for those whose blood once fell on the stones of Tiananmen Square. In recent interviews at Peking University, today's students say they believe that perhaps their predecessors should have stayed home. "It's Tiananmen Square. It's not a park or a garden," says one. "So you shouldn't sit there."

Today's students occupy a China that is the world's second-largest movie market and biggest source of tourists (97 million last year alone). China's youth are connected with the West in ways not possible even five years ago, thanks to the rapid expansion of Internet access and wealth. In per-person terms, China's economy swelled by 62 per cent between 2009 and 2012, the latest year for which World Bank figures are available.

Students may have died. But that's now in the past. "Now we don't care. That's far from us," says a 21-year-old physics student, in competent English. He distrusts those who made history at Tiananmen – "maybe they wanted to be famous" – and offers a very different set of priorities.

It is a common refrain in conversation with more than a dozen students. A history student has no interest in what happened 25 years ago – it's too recent to be properly understood, she says. An economics student declares politics "boring." One argues the Tiananmen students were "after war." Watching a video of their shooting stirred no more feeling than "reading the news." A 24-year-old graduate psychology student is too busy to dig up the past, which isn't easy to find: "There's no such thing in our high-school textbooks," she says of the Tiananmen massacre.

Memories still live in those old enough to remember, such as Yang, a 31-year-old PhD archeology student. He remembers his father's uncle fleeing Beijing during the uprising, and he remembers a time of turbulence. The need for reform is little changed today from 25 years ago, he says. And the spectre of a government opening fire on its own people remains horrific.

"I think it's very hard to forgive," he says.

Even among students who have heard of the Tiananmen protests, some know nothing of the government's response. On China's Baidu search engine, a search for "June 4" turns up few results; one is from a state newspaper summary that reports criminals looting in the streets – but makes no mention of the government's deadly reply.

Some have worked to get past Internet restrictions to see images and videos of what happened. One student who did look confessed "shock." But the 23-year-old wasn't sure she believed it all: "I fear the victims were exaggerating," she said.

Others labour under false apprehensions instilled by professors offering a twisted tale of the past. In a military theory class, a 20-year-old geology student was told the tanks rolled over protesters because they had to get to a "very important military conference." If they were late, they would probably be dragged before a military court," he said. "Student behaviour seriously affected the military movements."

Twenty-five years have provided the Communist Party time to perfect skills in reshaping the past and muting dissent, in part by promising better days ahead. China's cities are plastered in cheery red posters promoting the "China dream," a notion many have latched onto. A rising sense of nationalism is among the most potent forces in China today and has been assiduously cultivated by propaganda that begins when children are young.

Peking University is among China's most liberal of institutions, with its most liberal of professorial corps. But state restrictions on what can be taught – including any mention of a free press in the classroom – have combined with a dramatic rewriting of high-school instruction. Over the past decade, China has installed a new national political-science curriculum that emphasizes it is a rule of law, where people have a democratic right to choose their leaders.

It is an attempt to "mould" – or, as a group of German and Chinese researchers who published a report in May suggested, "brainwash" an entire generation. China is a one-party authoritarian system that silences dissent, places authority in the hands of an elite few and holds the maintenance of its own power as its primary objective. In the textbook, it is presented as a responsive, constitutional government that draws its power from the people.

That message has been strikingly effective. The researchers studied students at Peking University, and compared those who studied the new curriculum with those still using old textbooks. The new books, they found, fostered less distrust in authority and a greater belief that China espouses freedom and democracy. "Around 20 per cent of students who would not have held the government's desired views in the absence of exposure to the new curriculum are estimated to change their views," the study found.

The study, published by the U.S. National Bureau of Economic Research, includes comparisons to educational propaganda attempts by the Nazi Third Reich.

One student at Peking University today puts her thoughts this way: China is getting "stronger and stronger," she says. "I think the rejuvenation of the nation will finally be realized."

Sometimes, the propaganda goes beyond textbooks.

A few years ago, Zhang Fengqiang, a 25-year-old sociology graduate student, received an invitation to an seminar organized by a local "think tank." Only a few students from the top Beijing schools were allowed to attend, and the meeting was short – just 30 minutes. Their message was simple, "to discuss how the Communist Party is niubi," Mr. Zhang says, using the local slang for "effing awesome."

When the meeting was over, each student was handed a sheaf of bills – the equivalent of $70 to $85 – just for attending and signing their name. (In Beijing, China's richest city, an average worker's disposable income is about $28 a day). "They gave you money and asked you to support them," Mr. Zhang says. The students first thought the cash was fake. When they found out it wasn't, "we ran fast," he says.

Mr. Zhang rates the Communist Party poorly – "I would give them at most a five out of 10" – but he is following advice long ago handed down by his father to avoid politics and religion. It's a path that avoids dangerous pitfalls, even if it creates a generation empty of the passion that 25 years ago led many to risk lives on China's streets.

"Everyone is smarter and not as silly as those people before," Mr. Zhang says. "If I were in Tiananmen and saw the military open fire, I would definitely run. To keep myself alive, and wait for the future." 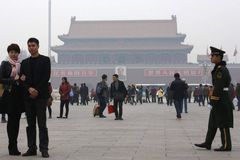 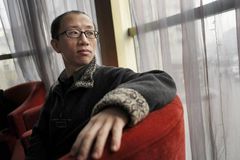 In the political theatre of China, the real drama is offstage
Subscriber content
March 4, 2014 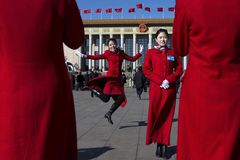 In tense city streets, China brings out the iron fist
Subscriber content
May 26, 2014 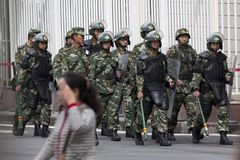