An Australian diplomat's tip appears to have helped persuade the FBI to investigate Russian meddling in the U.S. election and possible co-ordination with the Trump campaign, The New York Times reported Saturday.

Trump campaign adviser George Papadopoulos told the diplomat, Alexander Downer, during a meeting in London in May 2016 that Russia had thousands of emails that would embarrass Democratic candidate Hillary Clinton, the report said. Downer, a former foreign minister, is Australia's top diplomat in Britain.

Australia passed the information on to the FBI after the Democratic emails were leaked, according to The Times, which cited four current and former U.S. and foreign officials with direct knowledge of the Australians' role.

"The hacking and the revelation that a member of the Trump campaign may have had inside information about it were driving factors that led the FBI to open an investigation in July 2016," the newspaper said.

White House lawyer Ty Cobb declined to comment, saying in a statement that the administration is continuing to co-operate with the investigation now led by special counsel Robert Mueller "to help complete their inquiry expeditiously."

Papadopoulos has pleaded guilty to lying to the FBI and is a co-operating witness. Court documents unsealed two months ago show he met in April 2016 with Joseph Mifsud, a professor in London who told him about Russia's cache of emails. This was before the Democratic National Committee became aware of the scope of the intrusion into its email systems by hackers later linked to the Russian government.

The Times said Papadopoulos shared this information with Downer, but it was unclear whether he also shared it with anyone in the Trump campaign. 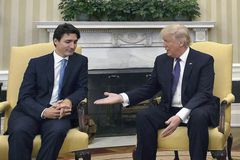 Trump says he believes Mueller will treat him fairly in Russia investigation
December 28, 2017
The 13 days in July that transformed Trump’s White House
December 26, 2017 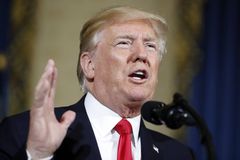