On a day when Russia formalized its control over Crimea, Ukraine's interim Prime Minister Arseniy Yatsenyuk vowed to fight the Russian army if it advances any farther, and he questioned the West's response to the crisis.

"What will we do in case Russia crosses the border and starts military operations, shooting Ukrainian soldiers and Ukrainian civilians? We will retaliate, including [with the] military option," Mr. Yatsenyuk told Canadian reporters in an interview Friday in a boardroom outside his office.

He added that he wasn't afraid of the Russian military. "If they have more armaments, it doesn't mean that they have more spirit rather than we do to protect our country. This is my land and this is my country, not Putin's."

Russia has all but taken complete control over Crimea, less than a week after Crimeans voted overwhelmingly in a disputed referendum to join Russia. On Friday, Russian President Vladimir Putin signed documents formally annexing the territory, calling it a "momentous event." The United States, the European Union, Canada and other countries have introduced sanctions against Russia, mainly involving asset freezes and travel bans.

Mr. Yatsenyuk welcomed the punitive measures, but said some countries were reluctant to go further. "The key problem is a number of countries have no real desire to impose tough economic sanctions," he said. "Everything is so interlinked in this global world that no one wants to pay the price for freedom."

He added that Russia's actions are a global issue. "One country with an armed-to-the-teeth military just decided to commit an armed robbery, grabbing the land and the part of independent state and no punishment. This is the question to the global security. … We can talk and Putin moves troops. And this is the key difference. What we should we do with this?"

When asked what more Canada could offer, Mr. Yatsenyuk smiled and replied: "The list could be very long; let's start with something."

Mr. Harper has been a strong defender of the Kiev government and an outspoken critic of Mr. Putin, something Mr. Yatsenyuk praised. "Canada's voice is important and Canada's support is … important, too," he said. And as a G7 leader, Mr. Harper's visit also sends a vital message.

"The message is that [Russia's annexation] is unacceptable in the 21st century to have one big country that invades another one," he said. "The message is it's time to make right and tough decisions."

Mr. Yatsenyuk and his new government appear ever more powerless to stop Russia from tightening its grip on Crimea. Officials in Crimea have begun the process of integrating into Russia, with plans to change the clocks to Moscow time and introduce the ruble within weeks. Russian and pro-Russian forces have also taken over several Ukrainian military bases, leaving Ukrainian soldiers to file out clutching suitcases and bags full of belongings.

Mr. Yatsenyuk insisted his government has not told soldiers to surrender. "My message [to the soldiers] is to fight but not to surrender," he said. "For today, their order is to stay, not to surrender, to defend the military sites."

He added that Ukraine is trying to work out a joint commission on military issues in Crimea with Russia, the United States and Britain. Those countries signed a 1994 memorandum pledging to respect Ukraine's borders in return for the removal of nuclear arms. Russia has yet to agree.

Mr. Yatsenyuk came to power last month after months of protests led to the ouster of president Viktor Yanukovych, who is now in Russia and insists he was deposed in a coup. The new government has pledged closer ties with the EU, something Mr. Yanukovych backed away from. On Friday, Mr. Yatsenyuk signed a political agreement with the EU, something considered a prelude to a larger trade deal and perhaps eventual EU membership.

Despite the country's many challenges, Mr. Yatsenyuk appeared relaxed as he talked at length about Ukraine's dire economy and the tough measures it will take to turn it around. The government needs to raise taxes, cut subsidies and stamp out corruption, all in the midst of preparing for a possible war with Russia.

At one point, he was asked why he was smiling and appeared so at ease. "You need to show the signs of optimism," he said. 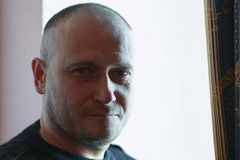 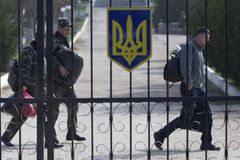 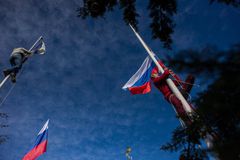 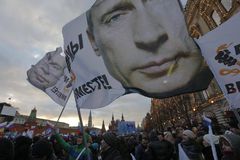