For years, thousands of tourists flocked to see the unique mud-brick architecture of Djenné, one of the oldest and most beautiful towns in West Africa.

Today the once-thriving industry has collapsed. Almost every hotel and restaurant in Djenné is closed. Tour guides can go for months without seeing a single visitor.

"We can't feed our families," says Badou Magai, a guide in Djenné for the past 10 years. "We're suffering greatly. Everyone has gone away."

It's just one symptom of the crisis in Mali, where a military coup and an Islamist rebellion have devastated the tourism industry and triggered the suspension of most foreign aid, plunging the economy into recession.

Countries like Canada are now mulling a possible military training operation in Mali to push back the rebels. But the military campaign could take years, prolonging the crisis indefinitely.

Until recently, Mali was seen as an economic star on the African continent. Its economy had grown by nearly 5 per cent annually for most of the past decade, with Canadian mining companies among the biggest investors. But its GDP shrank by 1.5 per cent over the past year, according to the latest estimate from the International Monetary Fund, even though its gold and cotton industries were largely unaffected by the northern rebellion.

For people like Mr. Magai, the economic crisis is bringing misery with no end in sight. Kidnappings and political instability have driven away almost all of the foreign tourists, destroying an industry that accounted for 5 per cent of the country's economy.

Mr. Magai remembers seeing up to 600 tourists a day at peak season in Djenné. The town was a magnet for tourists, offering views of the world's biggest mud-brick building – its famed Grande Mosqueé, a masterpiece that UNESCO declared a world heritage site – and a labyrinth of ancient Sahel-style homes, along with one of Africa's most famous markets.

The tourists began to vanish after a wave of kidnappings by Islamist radicals in northern Mali in 2010 and 2011. Only a couple of dozen tourists have ventured into Djenné over the past year – compared to 30,000 tourists in 2005.

The guides have seen their incomes collapse. "It's hell," said Ahmadou Cissé, a guide in Djenné who is supporting 12 family members on his rapidly declining income.

Mr. Cissé says he can only afford to give his family one meal a day. He estimates that nearly 100 guides are unemployed in this town of 13,000 people, and more than 1,000 people have lost their jobs or income in the hotels, restaurants, souvenir shops and markets.

Sophie Sarin, owner of the only hotel in Djenné that remains open, says the impact of the crisis has been "disastrous" in a town where tourism represented half of the economy. "People are much poorer," she said.

In the town of Mopti, a tourism hub on the Niger River to the north of Djenné, foreigners are equally scarce. The biggest hotel, the Kanaga Hotel, is virtually empty. "It's a catastrophe," said Amassome Dolo, the hotel's reception manager.

Despite the tourism collapse, the reality is that towns like Djenné and the Malian capital, Bamako, are still relatively safe today. They are a long way from the rebel-controlled region. But tourism in the entire country has been devastated by the perception of danger, the frequent kidnappings by the rebels and the official warnings issued by Western governments.

Canada, Britain, the United States and other governments have urged their citizens to avoid any non-essential travel to Mali. The country is "off limits to any traveller hoping to go home in one piece," said a recent article on Gadling, a leading travel blog.

Mali's economic crisis has been compounded by years of droughts in the north and an exodus of more than 400,000 people from their homes because of the rebel advances. Mali's national airline has suspended its operations, many hotels in Bamako have closed their doors, a fifth of Bamako's factories have shut down and Mali's service sector has contracted by 8.8 per cent in the past year.

Only the stability of the gold and cotton sectors has prevented a total collapse.

"The occupation of the north seriously disrupted agricultural production and trade relations," the IMF reported.

"The deteriorating security situation prompted a sharp reduction of travel to Mali. This hit hard the commerce, hotel and restaurant sectors. The donors' decision to suspend all budget support and much of their project aid to the government led to a contraction of the construction and public works sector." 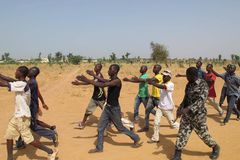 How Canadian troops could end up in Mali 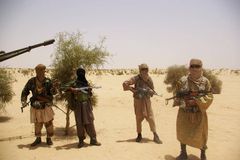 Mixed messages on Mali have opposition pressing for clarity 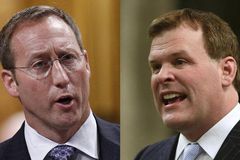 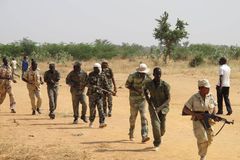 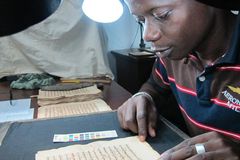