This is the week of speeches, at a time when words can be fatal.

World leaders are heading to New York for the opening of the United Nations General Assembly as angry protests aimed at the West have spread across the Muslim world. On the agenda: Syria's strife and bloodshed and potential strikes on Iran.

Rarely have so many crucial issues in the Middle East – including the region's relationship with the United States and other Western Liberal democracies – been so dangerously balanced just as leaders make their annual New York trek.

Syria is in a civil war and President Bashar al-Assad's air force is bombing Aleppo. Israeli Prime Minister Benjamin Netanyahu is making the case for military strikes – soon – to stop Iran from getting nuclear weapons.

Also troubling is the ignitable tension between the West and much of the Muslim world, sparked by a few provocateurs, but killing at least 51. The protests over a low-budget anti-Islam video showed how easily the words of a few individuals in the West can stoke violent anger in the streets of the Middle East – and a new set of provocative caricatures published by a French magazine made Western nations fear they might be only a few words away from becoming targets. It's a clash between freedom of expression and outrage at insults to religious convictions.

The new Middle East, the one that rose from the hopes of the Arab Spring, has struggled with the conundrum of how to respond. Egypt's leaders, for example, have promised to protect foreigners, but prosecutors there have also issued arrest warrants for people allegedly involved in the video. Now Egypt's democratically elected president, Mohamed Morsi, will make his global-stage debut at the UN.

All this comes during a U.S. election campaign in which Republican Mitt Romney has stumbled with foreign-policy gaffes but has accused Democrat Barack Obama of being an appeaser to extremists, soft on Iran, and a weak ally to Israel.

And then there's Stephen Harper, who will send his own Mideast message in New York, but not at the UN. The Prime Minister is there Thursday to accept a world statesman award from the Appeal of Conscience Foundation, which cites his unwavering stands, notably in support of Israel. On Friday, he'll meet with Mr. Netanyahu, leaving little doubt where his loyalties lie.

The civil war between Bashar al-Assad and a host of rebel factions is taking uglier twists.

The Assad regime is mounting deadly air strikes on Syria's largest city, Aleppo. Foreign fighters, from jihadis to democrats, have entered in large numbers. The fighting is estimated to have killed more than 27,000. The United Nations has registered more than 220,000 refugees from the fighting.

But at the UN Security Council, Russia and China have opposed sanctions. That impasse will not be broken in New York this week.

"There is no disagreement anywhere that the situation in Syria is extremely bad and getting worse, that it is a threat to the region and a threat to peace and security in the world," UN special envoy Lakhdar Brahimi told reporters after he briefed the Security Council. Inside the room, according to Bloomberg News, he called on the council to unite to back his work.

Western nations, led by the U.S. and including Canada, have shown no appetite for military action. They have been cool to arming the opposition – wary of the web of factions in Syria, and fearing that arming them could only help spark more violence in neighbouring countries. The Obama administration has shown little interest in heating up a conflict in an election year.

But Barack Obama and other leaders will certainly lend a sizable portion of their UN speeches to Syria, not only because nations expect a focus on the conflict, but because the civil war is changing the dynamics of the region – by making the Assad regime a pariah and tainting ally Iran.

THE NEW MIDEAST: CLASH OF CULTURES

When Egyptian President Mohamed Morsi speaks Wednesday, he will be watched as a symbol of the new Middle East. In New York, Washington and around the world, governments are waiting to gauge his direction – and that of the region.

In an interview with The New York Times published Sunday, Mr. Morsi warned that the U.S. must repair relations with the Arab world. He also promised to adopt an independent foreign policy.

It's the direction that he takes that will matter. The hopeful days of the Arab Spring have led to elections in Egypt, Tunisia, and Libya, but also murky and chaotic transitions. The recent protests that swept several Muslim countries over a low-budget, low-quality, anti-Islam film, and the killing of a U.S. ambassador to Libya, Chris Stevens, have led to a sense of disillusionment in the West, notably in the U.S.

For other Western countries, the protests also raised new fears they could suddenly be targeted. When French magazine Charlie Hebdo published caricatures of Mohammed, France put its missions under security alert. The move underlined to Western nations just how the words, or drawings, of citizens could spark a violent reaction on streets across the world.

Just as unsettling to some Western nations was the response from leaders in the Muslim world. The U.S. felt Mr. Morsi was slow to respond while Egyptian prosecutors issued warrants for people allegedly involved in making the film. In Pakistan, a cabinet minister, Ghulam Ahmad Bilour, offered a $100,000 bounty for killing the filmmaker, though on Monday his government said it was not an official position.

For the most part, individuals reacted to the actions of individuals, and nations were dragged in – but the clash of cultures between Western countries asserting they must accept freedom of expression and Muslim nations offended by the insult to religion was not easily bridged by diplomacy.

IRAN VERSUS ISRAEL: QUESTION OF WAR

The venomous rhetoric that Iranian President Mahmoud Ahmadinejad levels at Israel and the United States has become a focal point of attention at United Nations summits, but it's hardly the main event any more. Mr. Ahmadinejad is, many Iran watchers believe, an out-of-favour front man for the real powers of the regime.

The issue now is not rhetoric, but whether Israel will launch a war to derail Iran's nuclear program.

Israeli Prime Minister Benjamin Netanyahu is heading to New York to make the case for preventing a nuclear Iran. "I will reiterate that the most dangerous country in the world must not be allowed to arm itself with the most dangerous weapon in the world," he said in his weekly cabinet communiqué. He claimed that Iran is on the 20-yard line in its quest.

Military strikes, whether launched by Israel alone or the United States, obviously hold the potential for roiling relations with the entire region, and engendering anger. They could possibly win sympathy for an Iran that has lost standing.

Mr. Netanyahu's public pressure for the Obama administration to adopt more urgent warnings of military action has also marked an unprecedented direct involvement in a U.S. election campaign – and led Democrats to complain. They also blamed Mr. Netanyahu for leaking a story claiming Barack Obama – who will not meet other leaders one-on-one while in New York – snubbed him by refusing a meeting.

Stephen Harper will meet with Benjamin Netanyahu, even if Barack Obama won't. And there can be little doubt where Canada's Prime Minister stands on Israel and Iran.

Mr. Harper is travelling to New York on Thursday, the very day when prime ministers are slotted to deliver their UN speeches, but he won't venture into the General Assembly to present Canada's positions. His foreign minister, John Baird, offered an explanation about why he will give the speech instead, saying foreign ministers often fill in.

Mr. Harper's real pretext for going is that he'll receive a "world statesman award" on Thursday from the New York-based Appeal of Conscience Foundation – which also awarded it to Jean Chrétien and Angela Merkel. The organization's founder said Mr. Harper was being honoured for his unswerving stands, notably his support for Israel.

For Barack Obama, his speech to the UN Tuesday represents part of the electoral advantages of incumbency: a place at the centre of the world stage. It's a political reminder that he's the President.

Election politics, however, sway the handling of international events.

The campaign season has no doubt heightened Mr. Obama's aversion to sending overly militaristic signals on either Syria or Iran to a war-weary public. His Republican opponent, Mitt Romney, has proposed arming the Syrian opposition and accused Mr. Obama of being soft on Iran, and a weak ally to Israel. Mr. Obama, in a 60 Minutes interview this weekend, responded by suggesting that Mr. Romney wants to start another war.

Mr. Romney has made gaffes by being too quick to attack after the U.S. ambassador to Libya, Chris Stevens, was killed, but his general tone – that Mr. Obama has been to quick to appease the Arab world – could well force the incumbent to toughen his tone at a time when anti-American public sentiment is running high in parts of the Muslim world.

In an election campaign, Mr. Obama can't afford to let staunch support for Israel drop, even while Mr. Netanyahu presses him publicly. But the bad blood developing between the two leaders has the potential for making this U.S. election determinant for U.S.-Israel relations, as an Obama administration might hold a grudge against Mr. Netanyahu. 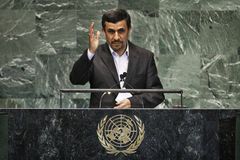 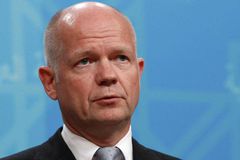 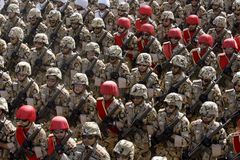 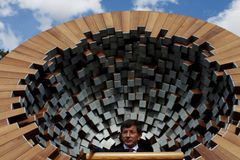