Among the many campaign promises Prime Minister Justin Trudeau made in recent weeks, none is likely to be more sensitive and difficult to keep than his undertaking to restore diplomatic relations with Iran.

Canada severed all diplomatic ties in September, 2012, when it shut down its embassy in Tehran and ordered all Iranian officials to leave Canada within five days.

The drastic measure was intended as a rebuke of the Iranian regime for its human-rights abuses, provocative nuclear program, support for the Syrian regime of Bashar al-Assad and threats to Israel. A furious Iran has been sharply critical of Canada ever since.

"I would hope that Canada would be able to reopen its mission [in Tehran]," Mr. Trudeau told a CBC interviewer in June, just as the United States and other world powers were concluding a nuclear-limitation agreement with Iran that would reduce economic sanctions and open the country to renewed trade. "I'm fairly certain that there are ways to re-engage [Iran]," he said.

Indeed, but it may prove easier said than done.

"Once diplomatic relations have been suspended, it is very difficult to get them back," says John Mundy, who briefly served as Canadian ambassador to Iran in 2007.

He described Canada's action in 2012 as "a mistake." In more than half a century of turbulent relations with Iran, Canada had withdrawn its ambassador at different times, refused two Iranian nominees to be ambassadors to Canada, maintained a policy of "controlled engagement" that limited the contact Canada's officials had with Iranian counterparts and imposed sanctions against Tehran.

But cutting all diplomatic relations had never been done, not even after the "Canadian caper" of 1980, when embassy staff in Tehran smuggled out of the country six U.S. diplomats who had escaped the takeover of the U.S. embassy by Iranian radicals. Those were dark days between Canada and Iran, but lines of communication still were left open.

Mr. Mundy said the very reasons Canada gave for pulling out of Iran were "the reasons why we should stay" – to better understand what Iran was up to and to better apply pressure.

Even in war, relations between adversaries are not always cut. In the case of Iran and Iraq, for example, those two countries maintained diplomatic relations, albeit without ambassadors, for the eight years of their war in which a million people died.

In 2012, the reason for cutting ties was "more to make an ideological statement than it was diplomatically effective" said Peter Jones, an Iran expert at the University of Ottawa.

Israeli Prime Minister Benjamin Netanyahu, an arch critic of Iran, praised the Canadian move at the time, calling it "not only an act of statesmanship, but an act of moral clarity."

Maybe, said Mr. Jones, "but Canada lost the ability to assist Israel" by lobbying on its behalf in Tehran and by encouraging moderate Iranian elements.

Now, having dug Canada into this hard-line position, to reverse course at this point, some say, would suggest things have improved in Iran.

At the same time, Canada may find that Iran isn't so interested in reopening relations with Ottawa. With the recent nuclear deal, trade with European powers is soon to resume and even the United States is in the process of developing relations with Tehran, noted Michel de Salaberry, a former Canadian ambassador to Iran.

"Canada is in the awkward position of being the supplicant," he said, "while Iran has less incentive to open relations with Ottawa than it once had."

On the plus side, moderate newspapers in Iran had greeted Mr. Trudeau's election with enthusiasm, noting his promise to restore relations with Iran in contrast to the policy of his "conflict-driven and anti-Iran" predecessor, Stephen Harper.

However, a recent spate of arrests of journalists, activists and visiting businesspeople indicate the country's hard-liners are still very much in charge.

A Washington Post editorial this week warned that the continued imprisonment of one of its reporters by the regime showed that Iran is a "country where well-meaning foreign visitors, including potential Western investors, are vulnerable to being seized as hostages or used as pawns in power struggles they have nothing to do with."

Indeed, the backlash against U.S. interests has gotten stronger since the nuclear deal with Iran was concluded.

"It feels like a witch hunt," an Iranian-American businessman in Tehran told The New York Times. "It's pretty scary."

On Wednesday, the 36th anniversary of the takeover of the U.S. embassy, Iran's supreme leader, Ayatollah Ali Khamenei, reassured the people that the nuclear accord Iran signed does not signal rapprochement with the United States and that the popular slogan Death to America is "eternal" – although it means death to American arrogance and not death to all American people, he said.

Those targeted by Iranian security forces include large numbers of dual citizens who hold both Iranian and a Western country's passports.

"Dual citizens have to be careful," Mr. Jones explained. "Iran doesn't recognize such people. As soon as a dual citizen enters Iran, he's 100-per-cent Iranian as far as the authorities are concerned."

If this continues, it will set back hopes for many Canadian companies hoping to take advantage of trade openings to Iran.

Jayson Myers, president and chief executive of Canadian Manufacturers & Exporters, said there are tremendous opportunities for Canadian businesses looking to sell to Iran, especially in the energy technology sector, agricultural equipment and infrastructure – "everything from engineering services and urban transit to health and medical technology."

The Iranian-Canadian business community is extensive, Mr. Myers noted, and "we look to them to provide leverage," but not at the risk of being arrested.

"This makes it all the more important that Canada re-establish an embassy in Iran, and soon," he said. 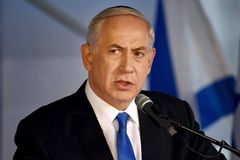