Call him the political insurgent, the brash rabble-rouser, or just plain the Donald – the billionaire businessman is leading the pack of 15 noteworthy Republican presidential hopefuls one month after announcing his political ambitions.

A USA Today/Suffolk University poll released Tuesday puts Donald Trump ahead of his rivals among voters who say they will vote in their state’s Republican primaries or caucuses.

Mr. Trump was the pick for 17 per cent of those surveyed. His nearest rival, former Florida governor Jeb Bush, was the choice of 14 per cent of would-be voters. That lead is within the poll’s margin of error. But other polls have also showed him either leading or surging.

“Trump is making daily headlines in advance of the primary season. This has vaulted him to the top of the pack on the backs of conservative voters,” explained David Paleologos, director of the Suffolk University Political Research Center in Boston.

Here is the story of how he grabbed the headlines and whether he has staying power.


The splash and doubling down

Nothing quite matches launching your political campaign with a tirade against a key demographic that the Republicans must woo in order to win the White House in 2016. But that is what Mr. Trump did – accusing Mexico of sending “their worst people” to the United States.

“They are bringing drugs and bringing crime and their rapists,” he said, adding that he would build a “great wall” along the southern border and make Mexico pay for it. The comments were widely condemned by the Hispanic community. Trump pinatas soon followed.

I'm on this! RT @oybay: Someone is about to become the Donald Trump of pinata sales. #Trump pic.twitter.com/PwpuqQ5Eie


Donald Trump did not back down. Using U.S. cable network interviews and social media to reinforce his controversial comments.


In Arizona, he repeated his anti-immigration message to several thousand supporters. “The silent majority is back, and we’re going to take our country back,” he said.

The story took an unusual twist when a Twitter account reportedly linked to Mexican fugitive drug lord El Chapo warned that Mr. Trump would be forced to “swallow his words.” Mr. Trump said he would ask the FBI to investigate the threat.


El Chapo and the Mexican drug cartels use the border unimpeded like it was a vacuum cleaner, sucking drugs and death right into the U.S.


Democratic Presidential candidate Hillary Clinton told an audience she had one word for Mr. Trump – “ basta!” – which is Spanish for enough, and she rallied supporters against the divisive rhetoric. Mr. Trump called her “desperate.”


On Wednesday, it was a tweet from the Trump campaign that grabbed headlines. The promotional photo showed the U.S. flag superimposed on what appeared to be an image of Nazi soldiers. The tweet was later deleted. 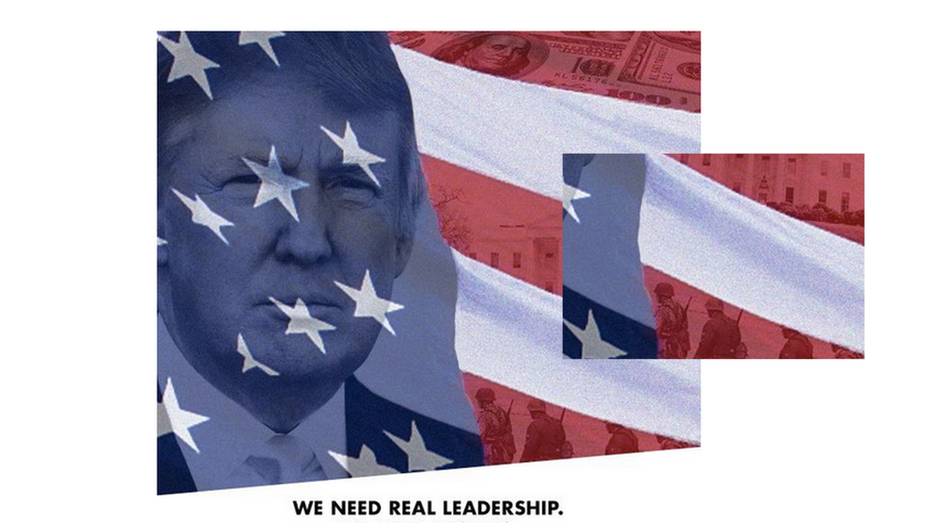 Fearing that Mr. Trump’s strident anti-immigration comments could hurt the party, the Republican establishment has asked the candidate to tone down his language.


The backlash among businesses was swift. Spanish-language network Univision said it was severing ties with Donald Trump over his controversial remarks about immigrants and dropping its involvement in the Miss Universe event, co-owned by Mr. Trump. NBC said it was dropping the Miss USA and Miss Universe pageants, while department store Macy’s said it was phasing out the Trump menswear line.


I love that thousands of people are boycotting @Macys and cutting up credit cards. No guts no glory. This really backfired - love it!


Mr. Trump also fired back at Univision – including a $500-million lawsuit.

The most mobilized voters in Republican primaries and caucuses are often the party’s most conservative. Mr. Trump is reaching those voters and it is reflected not just in the recent USA Today/Suffolk University poll, but two other polls show favourable numbers for Mr. Trump. A Monmouth University poll showed Mr. Trump closely trailing front-runner Jeb Bush, while a Economist/YouGov poll showing that Mr. Trump was the first choice among registered voters.

Check out the Economist/YouGov poll, here.

Donald Trump is enjoying flirting with front-runner status, but previous Republican campaigns have shown that other would-be presidential hopefuls have also witnessed bumps only to flame out. Congresswoman Michele Bachmann and businessman Herman Cain have both been there – and done that.

A closer look at the polling results relating to Donald Trump also indicate that the billionaire businessman is not likely to have staying power. The Monmouth University poll showed that voters – nearly four in 10 of those surveyed – see Mr. Trump’s candidacy as more of a publicity stunt than a serious run for office. The Economist/YouGov poll reported that only one in five of Mr. Trump’s supporters actually think he is going to win the nomination. “Trump supporters may be making more of a statement than voting for someone they consider a contender,” wrote YouGov’s Kathy Frankovic.

And then there is the question of how Mr. Trump would fare in a national race against Hillary Clinton, the Democratic front-runner. The Tuesday USA Today/Suffolk University poll is not encouraging: Mr. Trump trails Ms. Clinton by 17 points.