When Marisa Franco and her fellow activists heard that Donald Trump, the front-runner for the Republican nomination, was going to hold a rally in a wealthy suburb of Phoenix this month, they knew they would do something to disrupt his visit. The only question was how.

With just 24 hours to plan, they decided not to attend the rally, but to organize a protest blocking two roads leading to the venue. For two hours, they obstructed traffic. In one location, three people chained themselves to vehicles to make it harder to dislodge them – a task eventually performed by police.

"We wanted to block the road to Trump, literally and figuratively," said Ms. Franco, director of Mijente, a new national hub for Latino organizing. The media have given Mr. Trump an "open mike and unfettered access to the American public. As protesters, we are seeking to deliver a different message."

As the primaries move into a later stage, a growing and diverse range of protests against Mr. Trump's candidacy is unfolding. Some are collective, such as the demonstration Ms. Franco attended earlier this month. Others are at the individual level, with people opposed to Mr. Trump registering to vote for the first time or applying for U.S. citizenship.

The protests point to a shift in the dynamic of the campaign. It is no longer a tug-of-war within the Republican Party over who will be its nominee, but a contest that affects the broader electorate – a population where the distaste for Mr. Trump runs far deeper.

While Mr. Trump's emergence as the likely Republican nominee is convulsing the party, it is convincing people on the left of the political spectrum "that we are in a state of emergency or extremity," said Todd Gitlin, a professor of sociology and journalism at Columbia University with a long history of activism. For some, Mr. Trump's appearances present "an imperative to fight back."

Mr. Trump has raised the stakes with his violent rhetoric regarding protesters at his campaign events. He said he wished he could punch one in the face, and expressed fondness for a time when demonstrators were "carried out on stretchers." Mr. Trump also offered to pay the legal fees for a supporter who hit a protester at one of his rallies. What is more, if he does not become the Republican nominee, Mr. Trump said on Twitter, "riots" were "likely."

On his road to the nomination, Mr. Trump has described Mexican migrants as rapists and criminals and used derogatory language toward a female journalist. He initially failed to distance himself from an endorsement by a white supremacist leader, and has called for Muslims to be banned from the United States.

For Brian Geiger, a 22-year old African-American student at the University of Illinois Chicago, Mr. Trump's rhetoric is an affront – so much so that at first he thought it was a joke when he learned that Mr. Trump was scheduled to speak at the diverse, urban campus where Mr. Geiger goes to school.

Mr. Geiger and about 40 fellow students entered the arena on the evening of March 11, planning to stage a non-violent protest when Mr. Trump began to speak. Other protesters were also inside, with an even larger group outside. The atmosphere was tense, and altercations broke out between Mr. Trump's supporters and protesters, although not from Mr. Geiger's group. "In fairness, it was from both sides," Mr. Geiger said.

Mr. Trump's campaign cancelled the rally. It was the first time protesters had helped prevent Mr. Trump from speaking, instead of simply interrupting him – interruptions to which Mr. Trump often responds in ways that whip up his supporters.

Prof. Gitlin of Columbia said he expects further attempts to disrupt Mr. Trump's campaign events before the Republican National Convention in Cleveland in July, and "very contentious entanglements between left- and right-wing activists."

Some activists say they were slow to recognize the danger presented by Mr. Trump and his brand of politics, which they now view as a threat to recent progress in areas relating to racial and gender equality, gay rights and immigration.

"The advancements we've made have awoken a dragon of cultural backlash," said Caitlin Breedlove, a long-time social justice campaigner based in Arizona who works for the Unitarian Universalist Association. "When we awaken a dragon, we have to stand up to it."

Last week, Ms. Breedlove participated in a national conference call on the 2016 elections with more than 200 others, featuring activists from progressive organizations including Mijente, Black Lives Matter and the Stop Trump National Network, a new group offering advice and support to those planning demonstrations.

Others are engaging in more personal forms of protest. Jose Fernando Martinez arrived in the United States in 2000 from El Salvador, and now lives in North Carolina. A permanent resident, he was planning to apply for citizenship, but not this quickly.

"One of the main reasons I really wanted to get my citizenship is so I can actually register to vote in the November election against Donald Trump," said Mr. Martinez, 39, who works for an education non-profit. "At this point, I don't really care who the opponent is." 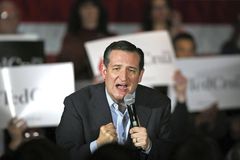