It can be a challenge to avoid panicking over Donald Trump's plans for Muslims in America – especially when his surrogates invoke the Japanese internment as a precedent.

But Akbar Ahmed, an author and scholar at American University in Washington, D.C., and a leading authority on global Islam, is urging his compatriots to "take it easy. Chill out. Relax. This is still a great nation. Unless and until laws are actually passed, there is no reason to be worried."

Something for Muslims and non-Muslims alike to cling to, despite Carl Higbie.

Read more: Trump reaches out to former foes as he builds his administration

Editorial: Stephen Bannon is not the real problem. Donald Trump is

On Thursday, the Trump surrogate said on Fox News there would be legal precedent for placing Muslims in the United States on some kind of registry because "we did it during World War II with [the] Japanese."

Mr. Higbie stressed that no one within the incoming Trump administration was thinking of Muslim internment camps. And Rabbi Jack Moline, president of Interfaith Alliance, a non-profit that advocates for religious freedom and tolerance, maintained it would be unconstitutional for a government to require any American to register for anything purely on the basis of their religion.

"But we live in a time when things we never thought would happen are happening," he told The Globe and Mail.

Prof. Ahmed is as worried as everyone else about what might be going on in Donald Trump's head. On the one hand, "I don't think Trump has any great ideological baggage regarding Muslims," he said in an interview, pointing to Trump business interests in the Middle East.

On the other, Mr. Trump is listening to such hawkish voices as alt-right publisher Stephen Bannon, whom Mr. Trump appointed as a senior adviser, and former New York mayor Rudy Giuliani, who whispers into the president-elect's ear. If their views prevail "then it's very clear Muslims would be targeted as a minority," he said.

But "so far there is nothing happening except these rumours," Prof. Ahmed added. "Rumours further a sense of tension and crisis. And a minority should not become a victim of that" because "then all the time you're paralyzed by fear."

At the least, it appears clear that a Trump administration will impose very strict conditions on Muslims entering the United States from countries with a history of Islamist terrorism or sectarian violence. Kansas Secretary of State Kris Kobach said he believes one solution might be to revive a data base that existed from 2002 to 2011 – when it was suspended because it was deemed unnecessary – in which Muslim men from designated majority-Muslim countries who were in the United States on visas had to register and be interviewed.

"There are many concerns" about what this could mean for Muslim Canadians entering the United States, said Amira Elghawaby, who speaks for the National Council of Canadian Muslims. "But there are so many unknowns, here, so it is very difficult to get a handle" on what could be in store.

Even now, thanks to crossed signals between American and Canadian security organizations, and within Canada itself, people can find themselves unable to fly because they have mistakenly been placed on a Do Not Fly list. This could easily grow worse once Trump Republicans are in charge.

"Canadian Muslims are going to be looking for our government to … ensure that human rights are respected by a future Trump administration, that they will have our backs." Ms. Elghawaby said.

As Prof. Ahmed pointed out, two streams have flowed through the United States since its founding. One stream, the pluralist tradition, stresses the many backgrounds of immigrants who joined together to create and sustain the country. This tradition reached its apogee with President Barack Obama.

The other tradition, as old as the Mayflower, envisions the United States as a land given by God to the white race and Protestant faith. This nativist tendency, which has cropped up throughout the life of the republic, has perhaps reached its apogee with president-elect Donald Trump.

Nonetheless, Prof. Ahmed clings to optimism, if only because "Islamophobia has reached such a pitch over the past few months, that for the first time I see a unity developing" within the fractured American Muslim community.

And not only Muslims are uniting. "I am a non-Muslim today," said Rabbi Molin, "but the minute that Trump announces restrictions on that minority, I'll be a Muslim." There are even plans to create a new organization, the Muslim-Jewish Advisory Council, that would unite both communities in defending religious minorities.

Solace for anyone at risk of panic attacks in these times.

Canada committed to climate policy despite Trump win
November 17, 2016
Chance of Trump following through with campaign promises keeps Europe guessing
November 18, 2016
Trump reaches out to former foes as he builds his administration
November 17, 2016 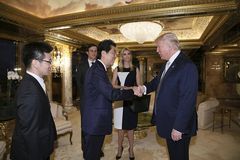 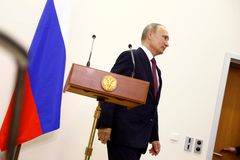