President Donald Trump's immigration order sowed more chaos and outrage across the country Sunday, with travellers detained at airports, panicked families searching for relatives and protesters registering opposition to the sweeping measure that was blocked by several federal courts.

Attorneys struggled to determine how many people were affected by the rules, which Trump said Saturday were "working out very nicely."

But critics described widespread confusion, with travellers being held in legal limbo because of ill-defined procedures. Some lawyers manned tables at New York's Kennedy Airport to offer help to families with detained relatives.

"We just simply don't know how many people there are and where they are," said Lee Gelernt, deputy director of the American Civil Liberties Union's Immigrants' Rights Project.

Advocates for travellers say they did not have clear picture about what's happening and that the chaos is likely to continue. The executive director of National Immigration Law Center, Marielena Hincapie, said "this is just the beginning."

"We're really in a crisis mode, a constitutional crisis mode in our country, and we're going to need everyone," she said. "This is definitely one of those all-hands-on-deck moments."

Protests were planned or underway Sunday, including one in suburban Chicago organized by Jewish groups to show support for Muslims, as well as at Dulles International Airport in Washington, D.C., and Detroit Metropolitan Airport.

A federal judge in New York issued an order Saturday temporarily blocking the government from deporting people with valid visas who arrived after Trump's travel ban took effect. But confusion remained about who could stay and who will be kept out of the country in the coming weeks. Federal courts in Virginia, Massachusetts and Washington state took similar action.

"During this time of uncertainty and confusion, we urge everyone to act with restraint and not in ways that foster fear and division," Arbulu said.

The European Union's foreign policy chief, EU High Representative Federica Mogherini, lashed out at Trump on Sunday, insisting that instead of building walls, the continent will "celebrate" every wall which is torn down and "every new bridge that is built up."

Among those caught in limbo: Iraqis who had been promised a life in America because of their service to the U.S. military, frail and elderly travellers from Iran and Yemen, and longtime U.S. residents travelling abroad who don't know if they will be allowed to return home.

"What's next? What's going to happen next?" asked Mohammed al Rawi, an Iraqi-born American citizen in the Los Angeles area, after his 69-year-old father, coming to visit his grandchildren in California, was abruptly detained and sent back to Iraq after 12 hours in custody. "Are they going to create camps for Muslims and put us in it?"

On Saturday, large protests erupted at airports throughout the country where travellers were being held, a day after Trump signed the order banning travel to the U.S. by citizens of Iraq, Syria, Iran, Sudan, Libya, Somalia or Yemen. Trump also suspended the U.S. refugee program for four months.

An official with the Department of Homeland Security who briefed reporters by phone said 109 people who were in transit on airplanes had been denied entry and 173 had not been allowed to get on their planes overseas.

No green-card holders had ultimately been prevented from entering the U.S. as of Saturday, the official said, though several spent long hours in detention before being allowed in. Abdollah Mostafavi, 80, was released six hours after his flight arrived in San Francisco from Frankfurt.

"I'm so happy he's finally out. He says he's very tired," said his daughter Mozhgan Mostafavi, holding back tears and speaking Farsi with her father.

Hameed Khalid Darweesh, a translator and assistant for the U.S. military in Iraq for 10 years now fleeing death threats, was among at least a dozen people detained at Kennedy Airport.

He walked free after his lawyers, two members of Congress and as many as 2,000 demonstrators went to the airport to seek his release.

"This is the soul of America," Darweesh told reporters after gaining his freedom, adding that the U.S. was home to "the greatest people in the world."

After an appeal from civil liberties lawyers, U.S. District Judge Ann Donnelly issued an emergency order Saturday barring the U.S. from summarily deporting people who arrived with valid visas or an approved refugee application, saying it would likely violate their legal rights.

Staff at U.S. agencies that resettle refugees were scrambling to analyze the situation. They girded for wrenching phone calls that would have to be made to the thousands of refugees just days away from travelling to the U.S. Donnelly's order did nothing to help those people gain entry.

Several staff members who spoke to The Associated Press burst into tears as they contemplated the future for people who had waited years to come into the country.

"It's complete chaos," said Melanie Nezer, policy director for HIAS, one of nine refugee resettlement agencies that work with the U.S. State Department.

Before Trump signed the order, more than 67,000 refugees had been approved by the federal government to enter the U.S., said Jen Smyers, refugee policy director for Church World Service. More than 6,400 had already been booked on flights, including 15 families that had been expected over the next few weeks in the Chicago area from Ethiopia, Eritrea, Iran, Syria and Uganda.

The bulk of refugees entering the U.S. are settled by religious groups, which organize churches, synagogues and mosques to collect furniture, clothes and toys for the refugees and set up volunteer schedules for hosting duties. All that work ground to a halt after Trump signed the order.

Nour Ulayyet of Valparaiso, Indiana, said her sister, a Syrian living in Saudi Arabia, was sent back after arriving Saturday from Riyadh at Chicago's O'Hare Airport. She was told she couldn't enter the U.S. to help care for their sick mother. Ulayyet said some officials at the airport were apologizing to her sister, who had a valid visa.

Her mother, Ulayyet said, was "already having pain enough to go through." 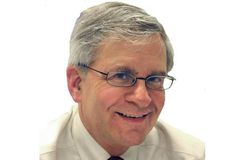 Opinion
Let’s call Trump’s Muslim ban what it really is: A hate crime
January 29, 2017
Report an error
Due to technical reasons, we have temporarily removed commenting from our articles. We hope to have this fixed soon. Thank you for your patience. If you are looking to give feedback on our new site, please send it along to feedback@globeandmail.com. If you want to write a letter to the editor, please forward to letters@globeandmail.com.
Comments