The fragrant smoke of hookahs mingles in the air of a café in Antakya, a small city in Turkey near the Syrian border, as a few Western journalists discuss routes across the frontier with locals.

This is where reporters crossing into Syria meet fixers and sources of all allegiances, observed quietly by informers and spies of all flags – never more so than now.

The border region between Turkey and Syria is also a crucial passageway for foreign fighters and supplies destined for the Islamic State militants in Syria and Iraq.

Turkey, at the crossroads of East and West, Islamism and secularism, has long been on the front lines of trouble in the region, whether it is directly involved or hosting those who are.

A strategic hub for spooks and dissidents, refugees and rebels, Turkey is also a key NATO member. It is also a country where great powers, emerging political movements and guerrilla organizations have sought to keep tabs on each other and jockey for influence in a turbulent region.

Take the civil war in neighbouring Syria, for example. Turkey has served as a major staging ground for the rebels since the conflict broke out in 2011 and hosted the headquarters of the moderate anti-regime Free Syrian Army until 2012.

More recently, as extremist forces gradually overtook the Syrian rebellion, Ankara has dialled down its official support for the insurgency. But Turkey continues to play a crucial role in the Syrian crisis, hosting more than 800,000 Syrian refugees.

Now that the Islamic State has seized large swaths of Iraq and Syria, Turkey's value to NATO and the West as a rampart against extremism has only grown.

"Compared to its violently collapsing neighbourhood – Turkey stands out as rock of stability," said Jenny White, a visiting professor at the Institute for Turkish Studies at Stockholm University. "The West as well as Turkey's Muslim neighbours and perhaps even Israel look to Ankara to make policies that will interdict the IS phenomenon."

The problem, analysts say, is that Turkey may not be ready or even willing to embrace that role, at least not in the ways many in the West want. Turkey has always preserved a degree of foreign policy independence from the West, a stance that has become far more pronounced under the leadership of the moderate Islamist Recep Tayyip Erdogan who came to power in 2003.

Mr. Erdogan has sought to brand his country as a Muslim democracy as well as an economic and political powerhouse in the Middle East. In recent years, as foreign investment poured into Turkey and turned Istanbul into a prosperous world-class city, he has taken bold stands on the global stage.

Turkey maintains warm economic ties with Russia despite several rounds of Western sanctions this year. And Mr. Erdogan downgraded diplomatic relations with Egypt, the most populous state in the Arab world and a key U.S. ally, after the military coup last summer.

"Turkey is prioritizing its own interests rather than looking at it as a traditional division between East-West," said Talip Kucukcan, the foreign policy director of the Foundation for Political, Economic and Social Research in Istanbul. "Turkey of course takes into consideration its allies. But Turkey's main priority is its own interests."

Domestically, Mr. Erdogan has similarly acted with a strong hand, suppressing dissent by ordering his police to crush mass protests last year at Taksim Square in Istanbul and then firing or reassigning hundreds of police officers and prosecutors who launched a corruption probe into his close allies.

But though these actions have polarized Turkish society and dented Turkey's image abroad, they have not seriously harmed his popularity. Last month, Mr. Erdogan, banned from another term as prime minister due to internal party rules, was elected president.

His former foreign minister Ahmet Davutoglu, a close Erdogan ally and the architect of Turkish foreign policy for much of the past decade, is now prime minister. Mr. Davutoglu is no stranger to controversy or subterfuge. In March, Turkish media published reports of a leaked tape where he allegedly discussed staging an attack from Syria that would give Mr. Erdogan a reason to invade the country.

The Erdogan government – typical of its pattern of deflecting blame in particular on outsiders – briefly banned YouTube in the Turkey following the leak and claimed the recording had been doctored.

Still, Turkey has refrained from stridently condemning the Islamic State, in part, experts said, because the militants captured dozens of Turkish diplomatic staff in Mosul in June.

Nevertheless, NATO allies expect Turkey at a minimum to tighten control over its volatile southern border, a move Mr. Erdogan has repeatedly pledged to do but, critics say, he has so far failed to deliver.

It's places like the café in the border city of Antakya where intrigue abounds. "Look at that man, he's not right," said Abu Nasr, a Syrian rebel who works as a fixer for journalists, of a man talking to locals. "He says he's a local but his accent – it's not right."

A Western journalist operating in the region said it has gotten increasingly tricky to ascertain who is credible these days.

"You have Westerners who say they are with NGOs asking a lot of questions but you know they aren't really what they say they are," he said, asking not to be named because of an upcoming trip across the border. "You have fixers who will sell you out in a heartbeat. And now you have militants – also among the local refugee population – to worry about."

For the West, it is the homegrown militants in particular crossing into Syria and Iraq via Turkey who have become a key concern.

"The West would like Turkey to stop Westerners with European, U.S. and Canadian passports from crossing the border into Syria to join [the Islamic State]," said Prof. White. "And presumably, if they survive, to come home with mayhem in mind."

How NATO got here and how Russia's actions in Ukraine are forcing it to change
September 5, 2014 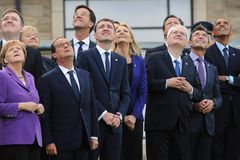 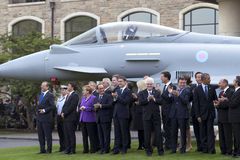 Thanks to Putin, NATO has never been more relevant. Unfortunately.
September 5, 2014 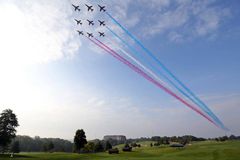