One Canadian climber slated to attempt Mount Everest had already made history at home, the other was hoping to chart new territory by summiting via an unprecedented route along the Northeast Face.

Their plans to reach the peak were stymied, at least temporarily, but both survived the 7.8-magnitude earthquake that devastated Nepal on Saturday. At Everest, at least 18 were killed at the south-side base camp. Dozens of climbers were injured, and still more were missing or stuck on the mountain as aftershocks hit the region.

Climbers reported running from their tents to escape the avalanche's deadly path, with one describing the south base camp – essentially a tent city for those waiting to ascend – as a nuclear blast site. Helicopters airlifted the injured off the mountain, and expedition teams making their ascent were forced to head back down.

Nancy Hansen, the first woman to climb all 11,000-foot peaks in the Canadian Rockies, and Raphael Slawinski, who hoped to join two Germans in paving the first new climbing line on Everest in more than a decade, were on separate expeditions looking to set out from a different base camp, on the north side in Tibet.

It is unclear where, exactly, they were when the earthquake hit, but no Canadians were climbing Everest at the time of the avalanche, according to information compiled by the Alpine Club of Canada (ACC).

The ACC's executive director, Lawrence White, said in an e-mail he received word from Ms. Hansen's mother saying her daughter had called to confirm she is okay. And climbing magazine Gripped reported over the weekend that Mr. Slawinski had sent out a message after the earthquake saying, "All good on the north side."

Saturday's earthquake levelled parts of the Nepalese capital of Kathmandu and was felt outside the country, including in India and Pakistan. It came just over a year after a fatal avalanche hit Everest and killed 16 Sherpa guides – the deadliest on record at the time.

An e-mail to Ms. Hansen bounced back Sunday with a response saying she would be "away from civilization until early June," and she did not respond to an interview request sent through Facebook. Mr. Slawinski also could not be reached, but Gripped published an e-mail he had sent to the magazine before the earthquake. At the time, his team was planning a few days of rest at base camp before moving up to advanced base camp, at 6,500 metres.

According to the ACC, Ms. Hansen is based in Canmore, Alta., and was working to become the first person to climb all 50 "classic climbs" of North America. Ms. Hansen typically does not discuss her expeditions before finishing them but opened up about her planned attempt at Everest earlier this year. In an interview with Crowfoot Media, she said she had been invited on the climb by an accomplished German alpinist in November and could not turn down the opportunity. Asked about her fears for the expedition, she told the publication, "There are so many unknowns."

Bob Bigelow, an ACC representative for Central Alberta, said he knows Ms. Hansen through the club and has climbed with her a bit in Canada. "She's just amazing," he said. "I don't know how this is going to affect her ascent. … Who knows."

Mr. Slawinski, for his part, was planning to summit via a new route on the Northeast Face in alpine style – no Sherpa guides, supplemental oxygen or fixed ropes, according to National Geographic. The magazine, which interviewed the Calgary-based climber earlier this month, quoted Mr. Slawinski as saying he was going to avoid a particular face because it is known for avalanches.

If Mr. Slawinski's trio is successful at opening a new route on Everest, it will be the first since a Russian team climbed an uncharted line in 2004.

With a report from Nathan VanderKlippe in China and Reuters 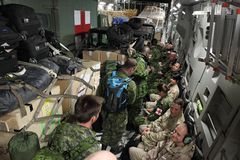 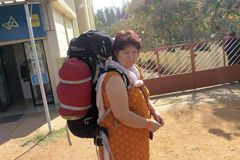 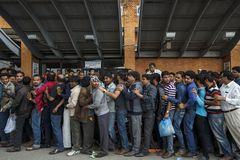