The 5,000 rounds fired in a ferocious predawn police raid in suburban Paris on Wednesday, described by local residents as sounding like a war, reduced an apartment harbouring terrorists to rubble and left at least two extremists dead.

While the firefight marked a significant victory in French President François Hollande's anti-terrorist campaign, prosecutors and police would not confirm that Abdelhamid Abaaoud, the alleged mastermind of the Friday night Paris attacks, was killed.

Citing intelligence sources, the Washington Post said both Mr. Abaaoud and Salah Abdelslam, one of the Friday attackers who has been the subject of an international manhunt, were killed in the police assault.

Eight people were arrested during the operation. Paris prosecutor François Molins said that neither Mr. Abaaoud nor Mr. Abdelslam were among the eight.

"I cannot give you details about the identities of the suspects yet," Mr. Molins said during a press conference in Paris Wednesday evening.

"There are two people dead but it will take a bit longer to get the additional details, because the building had to be propped up because it was threatening to collapse."

Mr. Molins said police uncovered "a total war arsenal" in the third-floor apartment; the weapons may have been collected for another attack on Paris. "A new terrorist team was neutralized and all indications indicate that the squad was ready to strike," he said.

The standoff lasted seven hours as police were stumped by an armoured door and had to deploy snipers, drones and robots.

One young woman blew herself up with an explosive vest or belt during the raid. Gunfire and hand grenades killed the second terrorist. Both bodies were virtually shredded during explosions, making a quick identification impossible.

The woman was identified in various media reports as Hasna Aitboulahcen, a cousin of Mr. Abaaoud. According to French television's iTele, she had been under surveillance and was known to French intelligence to have "offered her services to commit terrorist attacks in France."

The St. Denis raid came five days after as many as eight terrorists – seven of whom died – killed 129 people in six attacks on Paris. France intensified its air campaign against Islamic State targets in Syria in response to the attacks. IS (also known as ISIS and Daesh) took responsibility for the Paris slaughter and the downing of a Russian Metrojet plane on Oct. 31 over the Sinai.

Mr. Hollande said Wednesday that the air strikes would last "as long as necessary" and would be bolstered by the arrival of the Charles de Gaulle, the French nuclear-powered aircraft carrier that is being deployed this week to the eastern Mediterranean.

The St. Denis raid was triggered by a tipoff from a source who told police that Mr. Abaaoud, a 27-year-old Belgian of Moroccan origin, was believed to be in France; police had thought he was in Syria.

Another clue to the terrorists' movements in and around Paris came from a mobile phone that was found in a garbage bin behind the Bataclan, the Paris concert hall where 89 people were killed. A text message, for an unknown recipient, on the phone said, "We're off and we're starting." Analysis of the phone's GPS led police to a hotel apartment in Alfortville, a suburb to the east of central Paris, which had been rented in Salah Abdelslam's name.

The raid, using elite French police, started about 4:20 a.m. on Rue Corbillon, not far from the Gothic Basilica of St. Denis, the main tourist attraction in an otherwise dreary, poor suburb. St. Denis is only two kilometres from the Stade de France, which was attacked on Friday.

In an interview with French newspaper Le Figaro, the head of the tactical squad, Jean-Michel Fauvergue, said the apartment door had been reinforced and resisted his squad's explosive charge. Inside, there was also a bullet shield on wheels.

He said hundreds of shots were exchanged and the suspects threw grenades at his unit. A police dog was sent in but was shot. A police sniper wounded one man who fired back with a Kalashnikov.

A woman then fired at the police and blew herself up. Mr. Fauvergue said the blast shattered the windows and sent body parts on cars outside.

He said the tactical squad threw about 20 flash grenades then tried to send in robots but they were blocked by the rubble. Then the squad tried to push cameras in, using poles poking through holes in the floor.

They realized that a body had fallen from the third to second floor. It couldn't be identified because a joist had fallen on it.

The St. Denis operation involved 110 tactical police officers. Local residents told The Globe and Mail that they were startled awake by the noise of a battle they said sounded like a "war."

Foysal Ahmed, 30, a Bangladeshi restaurant worker who has lived in St. Denis for several years, said, "We heard explosions, gunfire, just before 5 in the morning. It was loud and I was frightened. I went in the bathroom to hide."

Residents said they heard half a dozen or more explosions. Apartment buildings near the raided apartment were evacuated and heavily armed police and soldiers patrolled the streets as helicopters circled overhead.

Five police officers were injured during the firefight and one civilian was injured.

On Wednesday, the French interior ministry said police searched 188 premises across France on Tuesday night, leading to 25 arrests and the seizure of 34 weapons. The searches are being conducted under state-of-emergency measures that give police extensive search, seizure and arrest powers. Since Friday, some 400 houses have been raided in France; 60 people have been detained.

The health ministry said that of the 352 injured in the attacks, most from Kalashnikov fire, 195 were still in hospital. Forty-one were in intensive care, three of whom were in critical condition.

The emergency services in Paris managed to cope well with the bullet injuries, even though most doctors rarely treat bullet wounds. Most hospitals in Paris receive only two or three patients a year with such wounds. Police trying to determine whether Paris attacks mastermind was killed in raid
November 18, 2015 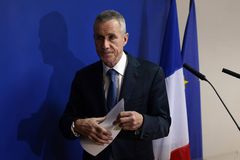 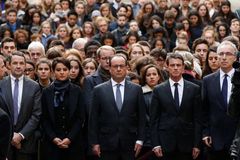