The five Republican presidential candidates listen to the U.S. national anthem before a televised debate in February.

Republican presidential candidate Donald Trump scored big wins on Super Tuesday, solidifying his status as the one to beat.

In 15 contests that started with the Iowa caucuses on Feb. 1, the billionaire real estate tycoon has won 10 states. As he continues his winning ways, he adds to his tally of delegates.

Mr. Trump appears to have a resounding lead, but it's less convincing when you look at it this way: Take all the delegates his rivals have won and add them up, and then compare that number with his total. A divided opposition helps Mr. Trump, but a single anti-Trump candidate could challenge the front-runner.

All other Republican candidates

The magic number is 1,237 – the number of delegates a candidate must win during 19 weeks of state contests that come to an end in June in order to become the Republican presidential nominee.

One scenario that is widely being discussed by U.S. analysts is if Mr. Trump fails to reach that number because several other candidates stay in the race until the end. That could lead to an extraordinary showdown at the Republican Party convention in Cleveland July 18-21 when one of his rivals tries to snatch away the nomination. 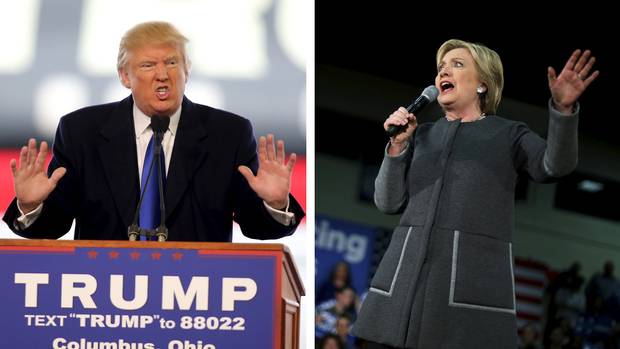 Candidates get ready for a packed calendar of contests across the United States. With Republican and Democratic candidates vying to be their party’s presidential nominee, who is poised for a March breakthrough?