Nearly a quarter of a century after he went to death row for rape and murder, William Happ was scheduled to be executed on Tuesday afternoon in controversial circumstances that underline how state executioners in the United States and Vietnam are now limited in their actions by a growing shortage of drugs for lethal injections.

Mr. Happ is to be taken to a chamber of the Florida State Prison, where he will be strapped to a gurney and hooked to an intravenous saline bag. At 6 p.m., the executioner will pump 500 milligrams of the sedative midazolam hydrochlride to knock him unconscious before two other drugs are injected to kill him.

However, midazolam hydrochloride, known by the brand name Versed, has never been used before in executions, raising concerns about whether it can effectively make the execution painless.

Florida decided to use the untried midazolam because drug companies no longer want to provide the barbiturates traditionally used for capital punishment.

The American protocol for lethal injections, which has also been used by Vietnam, is typically a three-drug process: an anesthetic renders the prisoner unconscious, then a muscle relaxant paralyzes the inmate and finally a dose of potassium chloride stops the heart.

Since 2011, the European Union has banned exports of products that could be used for capital punishment such as gallows and guillotines, but also sodium thiopental and other similar barbiturates. The sole American maker of sodium thiopental, Hospira, ended production in January, 2011, because its plant was in Italy and it did not want to be held liable. Six month later, H. Lundbeck A/S, a Danish pharmaceutical firm that produced another lethal-injection sedative, pentobarbital sodium, at a plant in Illinois, stopped selling to prisons in U.S. states carrying out the death penalty.

To keep executing inmates, "prisons now have to scramble and improvise," Maya Foa, an investigator for the British human-rights group Reprieve, said in an interview.

The uncertainty with the drug supplies has led some states to suspend executions. Missouri was going to circumvent the shortage by using the anesthetic propofol, but on Friday, its governor, Jay Nixon, halted the scheduled execution of a triple murderer, Allen Nicklasson.

"In light of the issues that have been raised surrounding the use of propofol in executions, I have directed the Department of Corrections that the execution of Allen Nicklasson, as set for October 23, will not proceed," Mr. Nixon said in a statement on Friday. "I have further directed the department to modify the State of Missouri's execution protocol to include a different form of lethal injection."

Other states have been trying to keep executing by relying on compounding pharmacies, which mix customized, small amounts of drugs.

This more artisanal approach has in turn raised concerns about quality controls and the reliability of those special-order drugs.

If the anesthetic does not work properly, the subsequent dose of muscle relaxant would leave prisoners lucid but unable to move while they are injected with potassium chloride, which causes excruciating pain, Ms. Foa said. "You'll be paralyzed and people won't be able to see that you are suffering, so it's quite insidious," she said.

In Georgia, Warren Hill, who was convicted of the murder of his girlfriend and subsequently of the murder of another inmate, was scheduled to be put to death on July 19. However, the day before, a judge of the Superior Court of Fulton County suspended Mr. Hill's execution after ruling that a new state law, which kept secret the identities of those who supply Georgia's lethal-injection drugs, was not constitutional.

Similar worries emerged after Vietnam adopted lethal injections in 2011, just three months before the start of European controls on the exportation of barbiturates. With a backlog of more than 560 inmates waiting on death row, the country announced in January that it would try to produce its own pharmaceuticals to carry out death sentences.

Vietnam's first lethal injection took place in August, with the execution of Nguyen Anh Tuan, for the fatal stabbing of a woman who was robbed of her cellphone and the equivalent of $20 in her purse. The source of the lethal-injection drugs was not revealed.

"Some very tenacious states will try to find ways to kill people, no matter how underhanded," Ms. Foa said.

In Florida, when Mr. Happ was convicted in 1989, the state still relied on the electric chair and lethal injections would be introduced only in 2000.

Mr. Happ was found guilty of the murder and rape of Angela Crowley. She did not know him and had stopped to use a payphone when she was kidnapped from a parking lot in 1986. Her battered body was found in a canal in in central Florida. Mr. Happ was arrested after police matched his fingerprints and shoe prints to those at the crime scene.

By the time Mr. Happ gave up on legal appeals last month, Florida was running out of its stockpile of lethal-injection barbirates. According to a court filing obtained by the Florida Capital Resource Center, the Aug. 5 execution of John Ferguson, convicted of eight murders, used pentobarbital sodium made by Lundbeck and acquired in June, 2011, just before the firm stop selling to prisons. The drug had an expiration date in the fall of 2013.

The plan to switch to midazolam was revealed in a September court filing. Several Florida death-row inmates have now challenged its use in a filing in U.S. federal court. According to the Florida Department of Corrections, the state currently has 400 men and five women on death row.

While state executioners still try to circumvent the drug shortage, the situation has fuelled a necessary debate on the issue, Ms. Foa said. "There may be some rogue states, but we are seeing some changes. … This discussion is an important one."

Vietnam to try producing own lethal drugs for death sentences 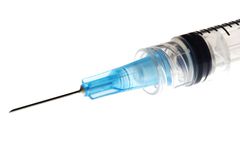