The U.S. presidential debates finally created some fireworks, as a re-energized President Barack Obama squared off against Republican nominee Mitt Romney on Tuesday.

The candidates clashed bitterly over a host of topics, from energy policy to taxes and last month's attack on a U.S. consulate. And, of course, Mr. Romney made his now-infamous remark about "binders full of women".

Where does the second presidential debate leave the Obama and Romney teams as they head into the final sprint leading up to the Nov. 6 election?

We invited four experts to share their Friday campaign scorecards with The Globe and Mail, focusing on the debate.

Who do you think won the week? Click here to vote in our poll.

Under the strange scoring system used for judging American presidential debates, Mr. Obama won a big victory Tuesday evening. As a result, he won the week and regained the momentum in the campaign.

Both candidates were articulate and forceful. In my view, Mr. Romney was generally the more effective speaker. But Mr. Obama launched the more effective attacks, exploiting Mr. Romney's math-challenged tax plan, unpopular Medicare proposals and infamous rant about the 47 per cent.

The decisive grounds for Mr. Obama's victory, however, were a few fleeting moments of over-aggressiveness, memory lapse or awkward language on Mr. Romney's part. Most important, touting his efforts as governor of Massachusetts to appoint women to state office, he described receiving "binders full of women" – failing to state clearly that the binders actually contained mere resumés.

Democrats and feminists, whose real complaints are about Mr. Romney's policies, seized on the supposedly insensitive language and used the bizarre imagery to concoct a frequently hilarious Internet meme. Within a few weeks – say, after the Halloween costume-party season – women in binders will be the only concept many people will remember from the debate.

The score for the debate: Obama wins by one Internet meme.

This week was very close but the edge goes to Mr. Romney.

Mr. Obama performed well in the debate; his cool but forceful energy compared favourably to Mr. Romney's more aggressive demeanour. The President also managed a fairly good week on the trail, barnstorming through key battleground states, including Ohio where his campaign brought out heavy hitters like Bill Clinton and Bruce Springsteen.

For its part, the Romney campaign had to spend valuable time explaining why vice-presidential candidate Paul Ryan strong-armed his way into a closed soup kitchen to re-wash clean dishes in front of reporters.

What has decided this week, however, is the fact that, despite these challenges and Mr. Obama's improved performance, Mr. Romney is still in it – he maintains a relatively strong position in the polls and seems energized for the last few weeks of the campaign. Mr. Obama has been bringing more of his "A" game lately, and yet he hasn't been able to distance himself from his Republican challenger. Mr. Romney continues to stick around, showing signs of resilience that could serve him well down the stretch.

Mitt Romney and Barack Obama were in attack mode during the second presidential debate. They confronted each other using verbal and physical tactics, like shouting and moving around the stage. Candidates typically have more congenial exchanges in a town-hall format because they are attempting to appeal to the citizen questioners, but that was certainly not the case on Tuesday night.

The debate put the spotlight on undecided voters who posed the questions. Both candidates have been accused of ignoring the undecided in favour of energizing their base of partisan voters. Undecided voters in this campaign may be difficult to target, but if the election is close, they should certainly not be discounted.

Analysts gave the edge to Mr. Obama because he performed better than expected in the debate, and seemed to come out on top of a heated exchange over Libya.

However, the debate isn't why Mr. Obama won the week. Even political junkies are growing weary of the barrage of nasty campaign messages. Mega-watt stars – blue-collar rocker Bruce Springsteen and former President Bill Clinton – campaigned for Mr. Obama in the battleground state of Ohio scoring top headlines. The highlight was an acoustic set by "The Boss" that included a short campaign song he wrote for Mr. Obama.

Donald Critchlow is a political historian and holds the Barry M. Goldwater Chair of American Institutions at Arizona State University.

Does it matter who really won the second debate on Tuesday? Viewership was down from the first debate. The spin-masters on both sides are claiming victory. Democrats proclaim that an energized Mr. Obama took Mr. Romney to task on his wealth, his "changing" tax plan, gun control and contraceptives for women. Republican spinners point to Mr. Romney's strong performance on the economy. It's doubtful that this debate mattered much.

At this point, what is important are these points: Neither debater made a major gaffe that could have been a game changer. The Romney campaign has momentum making this election too close to call. What potentially could become "Libya-Gate" for the Obama administration has come into political play. The Benghazi issue cannot be avoided in the third presidential debate, which will focus on foreign policy. Mr. Obama is left trying to explain why Susan Rice, U.S. ambassador to the United Nations, and White House Press Secretary Jay Carney continued to claim days after the event that there was not enough evidence to declare it a terrorist attack. How he answers this question might become a video that ignites spontaneous outbursts from a volatile electorate. 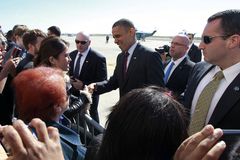 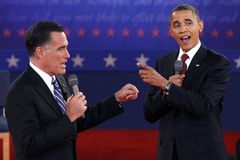 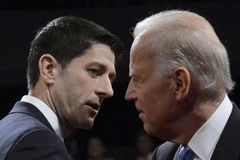