The chairman of a U.S. congressional subcommittee has called for a full investigation into a Globe and Mail report of alleged Rwandan government involvement in plots to assassinate exiled dissidents.

Chris Smith, a senior member of the House Foreign Affairs Committee, said an international team of investigators should be given "unfettered access" to government officials, logbooks and audio recordings to find out whether Rwandan death squads are killing dissidents in foreign countries.

"Otherwise I'd be concerned about a whitewash and more people dying," said Mr. Smith, a New Jersey Republican who heads the Subcommittee on Africa, Global Health, Global Human Rights and International Organizations.

"I'm very worried that this is in escalation, not in decline," Mr. Smith told a hearing into Rwandan human-rights abuses on Wednesday. "It just raises serious questions about how wide and how deep this will go, in terms of the killings."

Mr. Smith said a detailed report in The Globe and Mail last year on the alleged Rwandan murder plots was "credible" evidence that needed to be fully investigated by a team under the authority of the United Nations or the African Union.

"I think there are people very concerned within our U.S. Department of State … about these people who are turning up dead," he told the subcommittee. "When you see a pattern, reasonable men and women say there's a real problem here."

A months-long investigation by The Globe and Mail last year found evidence to support long-standing allegations by exiles and human-rights groups that the Rwandan government was involved in attacks or planned attacks on Rwandan dissidents in South Africa, Britain, Sweden, Belgium, Uganda, Kenya and Mozambique.

In The Globe and Mail report, Rwandan exiles in South Africa and Belgium gave detailed accounts of being recruited to assassinate critics of Rwandan President Paul Kagame. The report included excerpts from secretly recorded telephone conversations in 2011 between Mr. Kagame's military intelligence director, Colonel Dan Munyuza, and a former Rwandan army major, Robert Higiro, who is now a Belgium-based refugee and opponent of the Kagame government.

In those conversations, Mr. Munyuza allegedly offered $1-million (U.S.) for the hiring of contract killers to kill two high-profile Rwandan dissidents in South Africa. One of the dissidents was strangled to death in a Johannesburg hotel room last year, and the other has survived several attacks.

Mr. Higiro, invited to testify to the Congressional subcommittee on Wednesday, gave details of how Col. Munyuza tried to recruit him for the assassinations. "I am today – like other dissidents – a wanted man in Rwanda and on a hit list abroad," he said in a statement to the subcommittee.

He listed the names of 13 prominent Rwandans who were murdered or disappeared without a trace. Among them were dissidents, journalists, opposition leaders or former Kagame associates who had fallen out with the government. "The reality is tragic," he said.

David Himbara, a former senior official in Mr. Kagame's office who now lives in Toronto, testified that he had witnessed Mr. Kagame physically beating public servants. He said the assassinations of exiled dissidents should be seen as state-sponsored terrorism and Rwanda should be regarded as a pariah state.

A senior U.S. State Department official, Robert Jackson, testified that a wide range of Rwandans over the past year have "quietly reported the disappearance and suspected deaths of family members at the hands of the Rwandan security services."

Willis Shalita, a Rwandan-American private investigator who testified to the subcommittee at the request of the Rwandan embassy, said the reports of government involvement in assassinations are "nothing but allegations." But he said he agreed with Mr. Smith's call for a full investigation. "All evidence should be brought in and verified," he said. 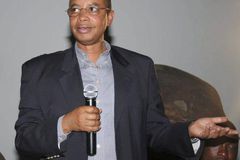 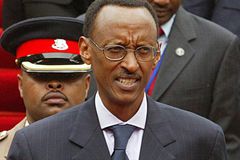 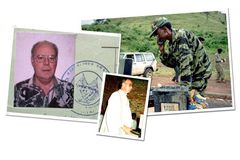