Signs that Canadian citizens were involved in the attack by hostage-taking Islamist militants on a remote gas plant in Algeria are of great concern to American authorities, U.S. intelligence officials said on Thursday.

While Algerian authorities apparently have not yet provided Western governments with cast-iron proof, a senior U.S. intelligence official said: "We're taking very seriously the reports of the two Canadians' involvement."

Washington has also received intelligence indicating that Mokhtar Belmokhtar, the one-eyed militant who allegedly organized the gas-plant attack, and other militants belonging to, or affiliated with, al-Qaeda's North African branch are plotting new attacks on Western interests, both in the region and beyond, U.S. officials said.

But the information indicates, for now, that such plotting is "aspirational" – in discussion or planning phases – rather than operational. The intelligence officials, who spoke on condition of anonymity, said that meant they were not aware of plots actually in progress to attack U.S. or other Western interests.

Confirmation that Canadian citizens were involved in the attack on the In Amenas facility in the Algerian desert would raise concerns about a worrying nexus between North America and North African militants.

At least 38 plant workers, including citizens of Japan, the United States, Britain and France, and nearly 30 militants were killed in the operation to retake control of the facility.

After their security forces stormed the facility, Algerian officials said two Canadians were among the attackers and that one of them co-ordinated the attack.

Some witnesses, whom Western national security sources consider credible, said one of the hostage-takers spoke English with either a North American or British accent.

European security sources have said they do not believe any Britons were among the militants. Canadian officials say they have asked the Algerians for evidence their citizens were involved in the attack, but have received no proof.

"Canadian officials are on the ground in Algeria working with Algerian officials to get the necessary information. … Because this is an ongoing operational matter, it would be inappropriate to comment further," Rick Roth, a spokesman for Canada's Foreign Affairs Minister, said on Thursday.

The U.S. officials said they were concerned about growing indications that Westerners were travelling to join militant factions in hot spots like North Africa and Syria as part of a radicalization process that could motivate them to engage in violence on their return to their home countries.

The officials acknowledged that those individuals could include citizens of countries whose passports qualify them to enter the United States without extensive background checks under a "visa waiver" program.

Before the Algeria hostage-taking, many U.S. and allied intelligence experts regarded al-Qaeda in the Islamic Maghreb as a group involved mainly in criminal activities – including hostage-taking and drug trafficking – but whose political ambitions extended mainly to the immediate North African region where it operates.

After the Algeria incident, U.S. officials fear AQIM's ambitions to attack targets outside its home turf may be growing.

But the officials acknowledged their ability to track AQIM and its affiliates was limited by the remoteness of its territory and intelligence resources.

"We simply do not have the level of resources, the footprint, the capability we do in other theatres," a senior U.S. official said. "So the amount of info we can collect, the sheer apparatus associated with developing a full intelligence picture is not as well developed here as it was in the Af/Pak [Afghan/Pakistan] theatre or Arabian Peninsula over time."

Due to developments like the downfall of Libyan dictator Moammar Gadhafi, the Arab Spring and the weakness of governments in countries like Mali, the United States and its allies lack dependable local partners in efforts to keep militants in check, officials said. 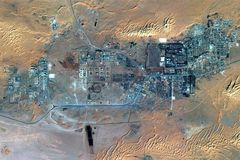