As a child, Daniel Garza spent much of his time picking crops in the fields alongside his father, who immigrated from Mexico to the United States 50 years ago in search of work, with nothing more than a fourth-grade education.

The family was poor, their home the size of a tool shed. With no running water, they would bathe with cups of water warmed in buckets on the kitchen stove. Politically, farm-worker families like Mr. Garza's leaned left, influenced by the United Farm Workers Union, which advocated for unemployment insurance and offered Mexican migrants free transportation, legal assistance and child care.

Today, Mr. Garza, executive director of the Libre Initiative, America's largest conservative organization for Hispanics, tells Republicans the tale of his own humble beginnings to outline the depth of the problem they face in luring Latino votes away from Democrats.

"In the absence of conservatives, the left was showing up and filling that void," he told a group of Republican state lawmakers in Washington recently. He framed things bluntly: "For decades now, the Hispanic community has been told that you folks are evil."

The battle for Latino voters is quickly shaping up to be one of the most significant political stories of the coming year. Since President Barack Obama's re-election, Republicans have become laser-focused on how to win over an increasingly diverse electorate. Democrats, meanwhile, are plowing resources into traditionally red states with large Latino populations, like Arizona and Texas, in an effort to turn them blue.

Mr. Garza, 45, is a rising star in a broad conservative effort to win over Hispanics in advance of midterm congressional elections in 2014 and the 2016 presidential race.

The Republican party has its own outreach program to Hispanics – the biggest minority group in the United States – but Mr. Garza says his group is the biggest conservative Latino force in the country.

Its agenda is double-edged. Mr. Garza is not simply working to mobilize Hispanic voters. He also is trying to defeat politicians who don't adhere to what he calls "conservative principles."

He won't say how much money he has raised or identify his donors. But the Libre Initiative, according to Mr. Garza, is already spending $800,000 (U.S.) to unseat two Hispanic Democratic congressmen in Texas and in Florida.

He is also capitalizing on his own story in a $1-million national television ad campaign to promote his self-described "conservative values" to Latino business owners.

Republican leaders acknowledge the party has a problem. Mr. Obama won 71 per cent of the Hispanic vote in 2012 and 67 per cent in 2008. They have not made much headway since then. A new survey by the Public Religion Research Institute, a non-profit Washington research group, found that Hispanics have grown increasingly negative toward the Republican Party over stalled immigration reform. When asked to describe the party, 48 per cent of those surveyed did so negatively, with words like "intolerant" and phrases like "out of touch."

Mr. Garza has said he favours comprehensive immigration reform that provides a path to citizenship for the estimated 11 million immigrants living in the U.S. illegally. Efforts to enact such a law date to the administration of George W. Bush, but the latest version of the reform bill has been bottled up in the House by right-wing Republicans.

Mr. Garza, a former political talk-show host with the giant Spanish-language Univision television network, does frequent speaking tours and TV appearances to tout his message of conservative social values and smaller government. He advises Republicans to project a more "compassionate" image. "We need to be very careful how we speak about these people. They are hard-working, industrious folks that have children, have families. … They're good people. A lot of it has to do with tone and rhetoric."

He also says Republicans can attract Latino voters by talking about issues other than immigration reform: They should talk about jobs and the economy, and attack the new national health-insurance law, known as Obamacare, as detrimental to the "free market" and working-class Latinos.

"[Hispanics] care about taxes and regulations, so we need to speak to them as fellow conservatives and … not condescend," he told the Republican politicians at a right-wing conference this month. "You don't need to just go in there and talk about immigration, or dependency," he added.

Mr. Garza, a former city councilman in Washington state, was a state Hispanic outreach director for Mr. Bush's 2000 presidential campaign, and was a political appointee in the public-liaison office of the Bush White House. His organization, founded in 2011, now has offices in eight states, holds prayer breakfasts in four states, dedicated to "raising up a new generation of leaders to speak out for pro-freedom policies."

It remains to be seen whether his formula for rallying Hispanics under a conservative banner will be any more successful than previous Republican efforts. But he makes skillful use of his life story as a selling point.

Mr . Garza tells audiences that his immigrant father eventually saved enough money from farm work to buy and flip small properties. With those profits, he bought a roadside motel and sent his son to college.

He often extolled the virtues of the free market, according to Mr. Garza, and believed that all one needed to succeed was "God, good credit and liberty, freedom to work. " Those values learned from his father, and his own opposition to abortion rights, drew Mr. Garza to the Republican Party.

Mitt Romney, whose miserable showing among Hispanics contributed to his defeat in the 2012 presidential campaign, has said his biggest strategic error was not investing enough in outreach to Hispanics through Spanish-language media and ads. The Libre Initiative is on a mission to correct that. It has held more than 1,000 community events in states with large Latino populations, offering free English-language lessons, civics courses and tax preparation services. Those who attend are entered into a data base.

"Unions and the non-profits on the left have been amassing data and information for decades," says Mr. Garza. "We are so far behind it's not even funny." 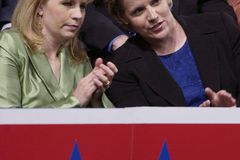 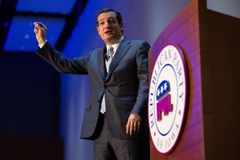