For Mitt Romney, having clinched the Republican presidential nomination Tuesday, the road to the White House is not a riddle. Rather, it comes down to cold, hard math.

At least that's the opinion of Karl Rove. The former senior adviser and deputy chief of staff to president George W. Bush recently crunched the numbers to show the states where Mr. Romney would have to rack up electoral votes to reach the magic number of 270 that would win him the presidency.

"A 3-2-1 strategy will get him there," wrote Mr. Rove, in an opinion piece for the Wall Street Journal.

The strategy boils down to a road map that shows where Mr. Romney must focus his energy and his campaign dollars. By targeting certain states, in a certain order, Mr. Rove believes the presidential race could prove a lot closer than most people think.

A recent CBS/New York Times poll showed Mr. Romney with a three-percentage-point lead against President Barack Obama, who, in 2008, captured the White House with a resounding 365 electoral votes against rival John McCain's 173.

Mr. Rove takes those states that Mr. McCain won as his starting point, before sketching out how Mr. Romney must proceed to put him over the top.

First, he must win the "3" states of Indiana, North Carolina and Virginia, historically Republican states that Mr. Obama managed to flip to the Democrats' ledger last time around.

Next, he needs to win "2" – Florida and Ohio – showdown states that switched from Republican in 2004 to Democratic in 2008. Mr. Rove says Mr. Romney is poised to get them back. In Florida, Mr. Obama holds less appeal for Latino voters and, in Ohio, he struggled to win over white working-class voters, Mr. Rove argues.

The "1" state in Mr. Rove's equation is less clear. New Hampshire, Pennsylvania and Wisconsin all are cited as potential states that would add up to a tipping point.

Based on this calculus, Mr. Rove asserts, "the odds now narrowly favour a Romney win."

For others, however, the numbers don't add up.

With election day more than five months away, the polls alone are not yet predictive of a winner. States that appear winnable to Mr. Romney right now might not look the same in a few months, Democratic strategists say.

Moreover, some say focusing on the state-by-state races is misguided.

"It strikes me that Romney's got to do a lot to win this one," said James Carville, a Democratic strategist.

"This is going to be decided on a national basis and not a state-by-state basis. The states always fall in. What's important is capturing the country-wide popular vote," he says.

The Democrats have shown, in the last election, that they can win states that are traditional Republican strongholds. The Republicans, by contrast, have had less success over the past decade flipping states in their favour.

"I believe President Obama has more ways to put together 270 electoral votes than [Mr.]Romney does. Never underestimate the Obama electorate, which is still a new phenomenon," says Tad Devine, a senior strategist for Al Gore's and John Kerry's presidential campaigns.

Mr. Carville, for his part, says the race is too close to call.

"It's a close race, and it's going to be dependent on some things – the economy and the candidates' faults. Sometimes you know ahead of time whose going to win or lose. This is not one of these times," he said. 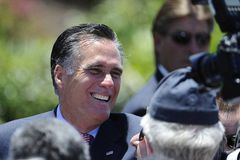 Opinion
Democrats lack backbone in their tax policies
May 24, 2012 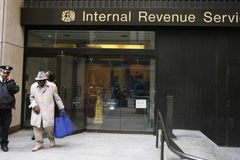