For Democrats, it was a night to savour. Almost a year to the day after Donald Trump pulled off his shocking victory over Hillary Clinton, voters handed Democrats a series of thumping election wins at the state and municipal levels. The results were an implicit rebuke of the President and a warning sign for Republicans ahead of next year's midterm polls. Here are four things to know about Tuesday's results:

A year is a long time in politics, and off-year elections, like the ones which took place on Tuesday, are an imperfect predictor of future events. But the extent of yesterday's Democratic victories show that the party is positioning itself to capitalize on Mr. Trump's historic unpopularity and potentially take control of the U.S. House of Representatives in 2018.

Tuesday's results were "a very loud canary in the coal mine," said Brian Walsh, a former senior official at the National Republican Senatorial Committee. "Either the President needs to do something to get his poll numbers up" or Republicans running for Congress "need to separate themselves from him."

The biggest contests on Tuesday were the races for governor in Virginia and New Jersey and Democrats won both handily. Ralph Northam, the Democratic candidate for governor in Virginia, won his race with a nine-percentage-point margin, a landslide result in what was supposed to be a tight contest. But perhaps even more important for Democrats were the races for the lower house of the state legislature, in which the performance of the party's candidates wildly outstripped expectations.

Prior to Tuesday's poll, political pundits pointed to the Virginia House of Delegates races as a proxy for next year's midterms. If Democrats were to pick up more than 10 seats, they predicted, it would be a good omen for the party's prospects in 2018. As of Wednesday, Democrats were on track to pick up at least 16 seats in the Virginia House and possibly seize control of the chamber – a shift the likes of which hasn't been seen in the state since the 1970s.

"You can't really look at [the] results and conclude that Democrats are anything other than the current favorites to pick up the U.S. House in 2018," wrote Dave Wasserman of the non-partisan Cook Political Report late Tuesday.

In Virginia and New Jersey, the Republican candidates for governor borrowed pages from Mr. Trump's playbook. Ed Gillespie, the Republican gubernatorial candidate in Virginia, transformed himself from an establishment figure into one who railed against the dangers of Central American gangs and illegal immigration while championing memorials to the Confederacy.

Mr. Trump immediately distanced himself from Mr. Gillespie's loss. "Ed Gillespie worked hard but did not embrace me or what I stand for," he wrote on Twitter on Tuesday night. Earlier in the day, Mr. Trump had urged his supporters to get to the polls. Mr. Gillespie "will totally turn around the high crime and poor economic performance of VA. MS-13 and crime will be gone," he wrote. (MS-13 is a gang founded in Los Angeles in the 1980s by immigrants from Central America.)

But Tuesday's results show that strategy may have backfired. While it continued to galvanize Mr. Trump's core supporters in predominantly white rural areas, it sparked a counterreaction in Virginia's cities and suburbs. In two suburban counties near Washington, Mr. Northam, the Democrat, improved on Ms. Clinton's margins of victory a year earlier, according to exit polls. Meanwhile, turnout in the Virginia election was the highest in 20 years for a governor's race, the Washington Post reported, a sign of an energized electorate.

3. A night of firsts

For the first time, an openly transgender candidate was elected to state office in Virginia (only once before has a transgender person won any state election in the U.S.). Democrat Danica Roem defeated the Republican incumbent, Robert Marshall, in a race for a seat in the Virginia House. Mr. Marshall is an avowed social conservative and self-declared "homophobe." Earlier this year, he introduced a bill that sought to prevent people from using the bathrooms in government buildings that do not correspond to their gender at birth. He refused to debate Ms. Roem and referred to her as a man.

Also making history were Hala Ayala and Elizabeth Guzman, who became the first Latinas elected to the Virginia state legislature. And in New Jersey, Ravi Bhalla won his race for mayor of Hoboken, which sits just across the Hudson River from New York. Mr. Bhalla, a Democrat, is the first Sikh to lead a city in New Jersey and one of very few Sikh mayors in the country's history.

4. Progressives on the march

In New York, Mayor Bill de Blasio cruised to a re-election win over his Republican opponent, despite muted enthusiasm for his candidacy. He became the only Democrat to win two consecutive terms as the city's mayor since the 1980s (his predecessor, Michael Bloomberg, ran as a Republican and then as an independent). Mr. de Blasio has long fashioned himself as a voice for progressive causes on the national stage. Now that he will serve his final term as mayor, experts expect him to be a vocal opponent to Mr. Trump's agenda.

In Philadelphia, voters elected Larry Krasner to the post of district attorney. Mr. Krasner is a civil-rights lawyer known for his strongly progressive approach to issues of criminal justice who once joked that he was "completely unelectable." He promised to work to end mass incarceration, pledged never to seek the death penalty and vowed to resist Trump administration policies.

Progressives also scored a victory in an unexpected place: the state of Maine. The state is one of 19 that have chosen not to expand Medicaid, but last night voters approved a statewide referendum to expand the health-care program for low-income people and other vulnerable groups. Such expansions were a key feature of the legislation known as Obamacare. 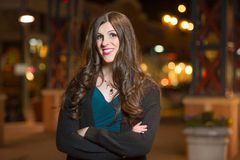