Fired FBI director James Comey says Donald Trump repeatedly tried to interfere in his investigation into connections between the U.S. President's circle and the Russian government.

At an awkward White House dinner, Mr. Trump demanded Mr. Comey's "loyalty" – and the pair stared one another down in silence, according to a statement by Mr. Comey. At an Oval Office meeting, he says, the President pushed him to abandon the Federal Bureau of Investigation's probe into former national security adviser Michael Flynn, who held back-channel discussions with the Russian ambassador. And Mr. Comey describes how, in two telephone conversations, the President asked him to "lift the cloud" hanging over the White House by publicly confirming Mr. Trump was not personally under investigation.

Mr. Comey will deliver his statement on Thursday at a Senate hearing into Russian interference in last year's presidential election. The former FBI head's vividly detailed account heightens the drama surrounding Russia's interference in the U.S. democratic process and fuels accusations the President abused his power by trying to meddle with the probe.

Opinion: Will Comey take down Trump?

The seven-page text, posted on the Senate intelligence committee website Wednesday, also stokes anticipation for Mr. Comey's first public comments since he was sacked by Mr. Trump on May 9. The American capital is already treating Mr. Comey's appearance like a big-ticket sporting event, with bars opening early to host watch parties.

Mr. Comey's statement details three meetings – one at Trump Tower on Jan. 6, and two at the White House on Jan. 27 and Feb. 14 – and two telephone conversations with Mr. Trump concerning Russia.

At their first sit-down, Mr. Comey says he told Mr. Trump he was not personally under investigation as part of the probe into Mr. Trump's associates' dealings with the Kremlin. But Mr. Comey opted not to make this fact public because it was possible the investigation might move in a different direction and he ultimately would end up looking into Mr. Trump himself, he writes.

At the Jan. 27 dinner, Mr. Comey says Mr. Trump opened the evening by asking the FBI director whether he wanted to keep his job.

"My instincts told me that the one-on-one setting, and the pretense that this was our first discussion about my position, meant the dinner was, at least in part, an effort to have me ask for my job and create some sort of patronage relationship," Mr. Comey writes, adding that he told Mr. Trump, "I was not on anybody's side politically."

"I need loyalty, I expect loyalty," Mr. Comey quotes Mr. Trump as saying. Mr. Comey says he did not reply: "I didn't move, speak or change my facial expression in any way during the awkward silence that followed. We simply looked at each other in silence."

At the Feb. 14 meeting, Mr. Trump dismissed his staff, cabinet members and national security officials and asked to be left alone with Mr. Comey. Both Attorney-General Jeff Sessions and Jared Kushner, Mr. Trump's son-in-law, hovered around Mr. Comey's chair, but Mr. Trump ordered them both out of the room.

Mr. Comey says Mr. Trump then asked him to drop his investigation into Mr. Flynn. The President argued that Mr. Flynn had done nothing wrong in speaking with Russian ambassador Sergey Kislyak and Mr. Trump had only fired him because Mr. Flynn had lied about the talks to Vice-President Mike Pence.

"He is a good guy and has been through a lot," Mr. Comey says Mr. Trump told him. "I hope you can see your way clear to letting this go, to letting Flynn go."

In phone calls on March 30 and April 11, Mr. Comey says Mr. Trump asked him to make public that Mr. Trump was not personally under investigation. The President also denied being "involved with hookers in Russia" – an apparent reference to a dossier compiled by a former British intelligence agent and subsequently published by Buzzfeed that claimed Moscow had compromising material on Mr. Trump. "He asked what we could do to 'lift the cloud,'" Mr. Comey writes.

Marc Kasowitz, the personal lawyer Mr. Trump has called in to handle the Russia matter, seized on the one piece of good news for the President in Mr. Comey's account.

"The President is pleased that Mr. Comey has finally publicly confirmed his private reports that the President was not under investigation in any Russia probe," he said in a statement. "The President feels completely and totally vindicated."

"What people don't understand is that they elected an outsider president," Mr. Christie said on MSNBC. "What you're seeing is a president who is now very publicly learning about the way people react to what he considers to be normal New York City."

Jennifer Rodgers, a former federal prosecutor, said Mr. Trump's actions as described in the statement appear to have stopped short of breaking the law. To constitute obstruction of justice, Mr. Trump would have to have directly ordered Mr. Comey to shut down his probe, rather than simply implying this is what he wanted, she said. Still, she argues, the President's actions were wrong.

"It's highly inappropriate for an executive to ask about an investigation into himself or his associates," said Ms. Rodgers, executive director of the Center for the Advancement of Public Integrity at Columbia Law School. "Asking for loyalty, planting the seed that [Mr. Comey's] job could be on the line – it's an abuse of power. It really does challenge our democracy."

Congress could still impeach Mr. Trump over the matter, however, as it is not bound to meet the same legal tests that a court would be.

"The standard is largely political. The Constitution says 'high crimes and misdemeanors,' and it's up to the Congress to define what those are," said Chris Edelson, an assistant professor of government at American University in Washington. So far, the Republicans – who control both houses of Congress – have largely closed ranks around Mr. Trump. But that could change once lawmakers hear the narrative from Mr. Comey in person, Prof. Edelson said.

And Robert Mueller, the special prosecutor leading the Russia investigation, will have to determine Mr. Trump's motive for pushing Mr. Comey, Prof. Edelson said: "What was Trump's reason? Was there a corrupt purpose?"

James Comey Statement, June 2017 The Globe and Mail on Scribd

EXPLAINER
Who is Robert Mueller, and what will he do? A primer on the Trump-Russia probe’s new player
May 18, 2017 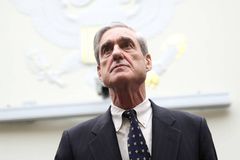