Donald Trump is calling for sweeping immigration reform with a "merit-based" method for allowing people into the U.S. – and citing Canada's points system as a model.

In his first speech to a joint session of Congress, Mr. Trump tried to strike a more restrained and presidential tone, mixing a reiteration of his protectionist campaign rhetoric with calls for unity and a few policies that could find support among his political rivals.

He also pivoted towards a larger vision for immigration, arguing that the U.S. should adopt a new system that prioritizes people with the greatest chance of succeeding economically. The President offered few details on how exactly this proposed system would work, but cited both Canada and Australia as examples to follow.

"Nations around the world, like Canada, Australia and many others – have a merit-based immigration system. It is a basic principle that those seeking to enter a country ought to be able to support themselves financially," he said. "Yet, in America, we do not enforce this rule, straining the very public resources that our poorest citizens rely upon."

Under Canada's points system, immigrants are evaluated by their skills, work experience, education and language skills, a system designed to bring the best and brightest into the country.

Before the address, Mr. Trump told journalists that he was willing to bring in new immigration rules that would allow some undocumented immigrants who had not committed serious crimes to receive legal status, including the ability to work and pay taxes. Mr. Trump said he would agree to such reforms if his legislative adversaries would agree to unspecified "compromise."

In the speech, the President also pointed to the U.S.-Canadian women's entrepreneur council that he and Prime Minister Justin Trudeau created earlier this month as one of his early achievements in office. The shout-out drew applause from even his political rivals, including some halting clapping from Democratic Senator Elizabeth Warren.

"With the help of Prime Minister Justin Trudeau, we have formed a Council with our neighbors in Canada to help ensure that women entrepreneurs have access to the networks, markets and capital they need to start a business and live out their financial dreams," he said.

Mr. Trump also vowed a $1-trillion infrastructure-building program, a big-spending pledge that could attract support from some Democrats, and to bring in paid family leave, a basic social program in many countries that does not exist in the U.S.

The address was Mr. Trump's opportunity to build consensus in Congress – particularly among his own Republican Party – for his legislative agenda over the next year. It was also his chance to show he could map a controlled roll-out of his agenda after a chaotic first five weeks in office.

Mr. Trump – notorious for his bombastic rhetoric and angry Twitter feed – even vowed in the speech that "the time for trivial fights is behind us," drawing audible guffaws from the crowd.

But much of the speech was vintage Trump. He promised "massive tax relief" for corporations and the middle class, to repeal and replace Obamacare, also known as the Affordable Care Act, and to clamp down on the border.

Mr. Trump reiterated his promise to build a "great, great wall" along the Mexican frontier and boasted that his crackdown on undocumented immigrants was getting "gang members, drug dealers and criminals" kicked out of the country. Mr. Trump also said he would create a new office to publicize crimes committed by immigrants, dubbed VOICE: the Victims of Immigration Crime Engagement.

He lauded a "protective policy" for the American economy by renegotiating trade deals and confirmed the country's move away from the internationalist policies of the past towards and America-centric vision.

And he vowed to reinstate, at least in part, the immigration ban suspended by the courts that targeted citizens of seven majority-Muslim countries. The rewritten version of the ban, expected Wednesday, is likely to make exceptions for green-card holders and people who have already received travel visas to the U.S., but still bar anyone else from those countries.

"It is not compassionate, but reckless, to allow uncontrolled entry from places where proper vetting cannot occur," Mr. Trump said. "We cannot allow a beachhead of terrorism to form inside America -- we cannot allow our nation to become a sanctuary for extremists."

While the Republicans hold more power than they have in a decade – controlling the presidency and both houses of Congress – deep divisions within the party threaten to thwart attempts to get their agenda through.

The GOP has repeatedly promised to repeal Obamacare, the Democrats' central domestic legacy, but legislators have very different ideas on how to do it.

A leaked draft of a repeal bill being worked on by Republican congressional leaders, obtained last week by Politico, would replace the current system with a series of tax credits that would help subsidize the purchase of health insurance.

Three of the GOP's most right-wing senators – Ted Cruz, Mike Lee and Rand Paul – served notice on the eve of Mr. Trump's speech that they will never support such a measure.

Added Mark Meadows, chair of the GOP's right-wing House Freedom Caucus: "There is nothing conservative about a plan that ultimately amounts to a new entitlement program and a new tax increase."

Mr. Trump, for his part, has promised to ensure no one loses health insurance in an Obamacare repeal and that premiums will also decrease – two guarantees that may be tough to square with the proposals coming from the congressional caucus.

In his speech, he endorsed the tax credit plan and vowed to keep flowing money to the states for Medicaid, a program of government-funded health care for low-income people. And he vowed to allow Americans to purchase health insurance across state lines.

But he also explicitly vowed to get rid of the "individual mandate" – the rule that obliges Americans to purchase health insurance, which ensures that costs are spread out and helps to keep them down.

Speaker Paul Ryan tried to play down the divisions ahead of the speech Tuesday. He acknowledged there was "a lot of churning" on Obamacare, but said everyone was co-operating to craft a single proposal.

"This is a plan that we are all working on together: The House, the Senate, the White House. So there aren't rival plans here. We are all working on this together with the administration," he told reporters at the Capitol. "At the end of the day, when we get everything done and right, we are going to be unified on this."

Mr. Trump could also face trouble getting his own party to buy into his infrastructure promise – a big-spending plan sharply at odds with the small-government approach of Mr. Ryan and other top Republicans.

Senate Democrats also pose a problem to Mr. Trump. They have already held up the appointment of his cabinet – more than five weeks after he took office, his picks are still being confirmed – and threaten to squeeze his agenda on everything from repealing Obamacare to cutting foreign aid in the budget to paying for a wall on the Mexican border.

The GOP holds only 52 seats in the Senate, eight short of the supermajority needed to shut down filibusters.

Molly Reynolds, an expert on Congress and domestic policy, argues that Mr. Trump's best legislative strategy is actually to work quietly behind the scenes rather than pushing bills publicly.

"It's not clear to me that more Trump, even though Hill Republicans says they want guidance from him, would actually solve their problems, because he is such a polarizing figure to the public," said Ms. Reynolds, a fellow at the Brookings Institute.

Mr. Trump throwing his weight behind Mr. Ryan's plan for repealing Obamacare would not necessarily persuade more people to support either one, she said. 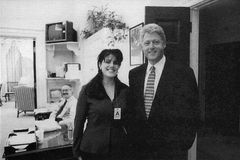 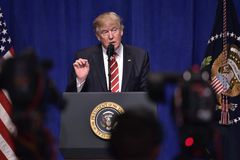 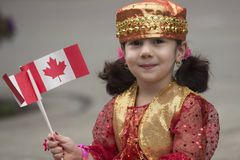 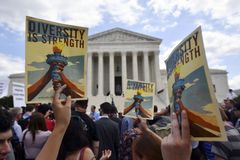