Robert Slaven, an actuary in southern California since 2008, lived for most of his life in Yellowknife, NWT. His all-time record on Jeopardy! stands at 8 wins, 3 losses, and total winnings of $129,403.

This is part of our U.S. Election 2012: Canadians in America series– expats talking about life and politics south of the border.

The presidential debate had already started when I finally made it to O'Brien's Irish Pub in Santa Monica. Only a handful of people were there, and some of those were focused more on the Detroit Tigers' Miguel Cabrera making baseball history. So it was easy to see this week's Pub Trivia quizmaster, Jerome Vered, as he entered with his bundle of questions.

I first met Jerome 20 years ago this month. We were each five-time champions on Jeopardy! that year, and were therefore both contestants in the 1992 Tournament of Champions. Mind you, Jerome had set a one-day game-winning total record that stood until the mighty Ken Jennings came along. So it was no surprise when Jerome beat me in our semi-final match.

The last time I'd seen Jerome in person was during the 2005 "Ultimate Tournament of Champions." Out of 144 former champions competing for the chance to take on Jeopardy's new hero, Jerome and I had made it to "the Elite 18," the third round of that illustrious competition. But while I was tripped up by not knowing that Candide had been made into a musical, Jerome made it to the final, where both he and Ken lost decisively to the powerhouse Brad Rutter, who won that tournament and surpassed Ken in total winnings. Brad lives in the area and often comes to O'Brien's, but alas, I didn't see him this week.

The trivia crowd flooded in between the end of the debate at 7:30 p.m. (Pacific time) and the beginning of the weekly trivia match at 8:00. O'Brien's Pub Quiz Trivia regularly counts many Jeopardy! alumni among its weekly competitors. This week, for my first visit ever (shameful, after having lived in southern California for almost four years), I ended up joining a team where all of us were former contestants. Riffing off Mitt Romney's debate pledge to "stop the subsidy to PBS," (and also, perhaps, the large blue Cookie Monster T-shirt I was wearing), we named our team "This National Debt is a Production of the Children's Television Workshop."

We didn't have much politics in the mix of questions, but the debate was certainly on everyone's minds. One fellow said: "I already decided who I'm going to vote for. If anything big happened in the debate, I'll hear about it." Others commented on the fact-to-fiction quotient of Mr. Romney's claims, or on President Barack Obama's seeming unwillingness to pounce on opportunities; one said "He left a lot of good punches just lying there." Between questions, many had their smartphones out, seeing what the "instapolls" were saying, such as "NBC said Obama crushed Romney, but CBS says Romney scored a decisive victory."

There's no questioning the smarts, and the wit, in this crowd. Most of us agreed that the best team name that night was "Justin Bieber Releases His Greatest Work Yet Live On Stage", and some of us spent about two hours after the quiz proper on a lively and very well-informed discussion about the hows and whys of the Iraq war. I can imagine the level and depth of analysis that the dozens of us (I think I counted nine teams of six) could have brought to bear on the events in Denver that evening. But there wasn't a lot of talk about the debate during the quiz; we were all focused on answering Jerome's questions and striving for that $75 bar tab prize.

In the end, a transcription error on a question (our answer-writer heard "Uruguay" when we said "Paraguay") meant our team had to answer a tie-breaking question against the equally Jeopardy!-stacked "Jerome Wasn't Built In A Day" team. Fortunately, my younger teammates had paid more attention to the Emmy Awards a week and a half ago than I had, and were able to completely answer the tie-breaker, not only catching the near-anagram between Tom Berenger and Tom Bergeron, but also correctly identifying which Emmy awards they'd each won this year. So Richard, Warren, Stefan, Hans, Dileep, and I were rewarded with a greatly-reduced tab, a photograph of the six of us for the gallery at obrienspubquiz.com, and the congratulations of all present.

Our victory was an interesting contrast to the debate. In our trivia competition, it was all about "What's the right answer?" Mr. Romney's apparent debate victory, however, was based more on the style, the sizzle, the observation that he didn't stumble as much as expected, or that MR. Obama did stumble more than expected. The fact-checkers are saying that Mr. Obama was more accurate on Wednesday night, but that's not was being judged. The "right" answers in politics are often the best-presented ones, not the most accurate ones; given that standard, I suspect Mr. Romney is feeling as satisfied after his performance as we trivia geeks felt after ours. 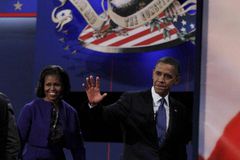 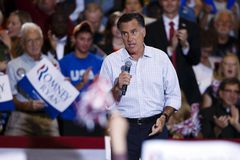