With Team Romney's main challenger, Rick Santorum, out of the race, it's time to pivot fully to a general election campaign.

Here are five things Mitt Romney will need to do in order to beat Mr. Obama on election day in November.

Don't walk away from the 'base'

After the news of Mr. Santorum dropping out of the race, we put the question – "Can the GOP base rally around Mitt Romney?" – to our discerning Globe and Mail readers, and of the nearly 850 people who responded 64 per cent said that Mr. Romney would not be able to rally the base even if he is the presumptive nominee.

But does Mr. Romney need to continue trying to woo conservatives with his self-described "severely conservative" credentials in the context of a general election campaign?

If parts of the conservative base are still unhappy with Mr. Romney on election day, that spells trouble. "The issue is whether they will they turn out to vote or just stay home," says University of British Columbia's Professor Paul Quirk, director of the U.S. Studies Program.

"If this reduces turnout among the party faithful by five to 10 per cent, it can make a crucial difference to the outcome," explains Professor Quirk, adding that the 2004 George W. Bush reelection campaign focused more on "mobilizing the base" than on swing voters.

According to Boston University political historian Professor Bruce Schulman, close contests in swing states like Florida, Iowa, North Carolina and Virginia could be influenced by a significant number of evangelical Christian conservatives who "might choose to sit on their hands."

Bottom line: the Romney campaign needs to fire-up the conservative base for election day.

Close the gender and Latino gap

The Republican party has not been able to poll ahead of the Democratic party when it comes to women voters since 1980. It is the so-called 'gender gap' in U.S. politics.

Voter surveys show Mr. Obama trailing Mr. Romney among men, but leading among women by a much wider margin. And when it comes to college-educated women under 45, Mr. Obama is yards ahead of his rival.

A GOP leadership race that politicized contraception – and the Democratic Party's attempt to mobilize its own base with the slogan of a 'war on women' – has not helped the Romney campaign make inroads.

The candidate's wife, Anne Romney, has been described as his 'secret weapon' – someone who is able to connect with voters and humanize her husband. But as one Washington Post columnist pointed out: "Outsourcing the job to his wife isn't going to solve Mitt Romney's problem with women voters."

America's Hispanic community – currently at 16 per cent of the population and the fastest-growing group in the U.S. – is another example of a Republican party that is being out-paced by its rivals. In 2008, Mr. Obama won nearly 70 per cent of the Hispanic vote.

The fact that every GOP leadership candidate took a hard line position on immigration has not raised the party's hopes of making inroads in the Hispanic community, although the vast majority of Latino Americans favour comprehensive immigration reform. Just not the kind being proposed by the Republican party.

No one is expecting the GOP to bridge the gender gap and the Latino gap between now and election day. But Team Romney has to raise its game.

American voters want to like their presidential candidate – no surprise in that.

The problem facing Mr. Romney is that recent surveys show that Mr. Obama – whatever his flaws when it comes to restoring the economy – has a higher likeability score.

The Republican leadership race showcased Team Romney's superior wealth and organization, as its pro-Romney Super PAC Restore Our Future waged a withering campaign to cut down his rivals through attack ads.

That may have won the leadership contest, but it certainly did not warm voters in national surveys. Put another way: the more voters saw Mr. Romney, the more his likeability ratings dipped.

The general election campaign is a chance to re-set with voters.

"[Romney]has to extricate himself from the far-right positions and rhetoric of the nomination campaign – on taxes for the wealthy, cuts in domestic spending, immigration enforcement, abortion and contraception. And he has to do that without exacerbating his image as an opportunist, with no real convictions of his own," says UBC's Professor Quirk.

His campaign trail gaffes are a study in how not to connect with voters – by making flippant, off-script comments about the wealthy circles he moves in.

Anne Romney has talked about her husband's stiffness on the campaign trail and the need to "unzip" him and let the real Mitt Romney out.

If the GOP leadership campaign did not allow the 'real' Mitt to step out, it is unlikely voters will see a fundamentally different candidate in the general election campaign.

Focus on the economy

Can voters go for a candidate they see as a potentially able manager of the economy even if he is not particularly likeable?

It's possible. Voters see Mr. Romney favourably when it comes to the economy, and that's the drum he has to beat from now until voting day.

"He has to make Obama the issue – and persuade people to be mainly concerned about Obama's failures – especially the weak economic recovery.

"If people are still anxious about the economy, and they accept Romney's case about his superior skills and experience as an economic manager, he will have a good chance to pull off an upset," says Professor Quirk.

The U.S. unemployment rate may continue a downward trend, and the economic picture may well continue to improve. These trends may take some of the wind out of Team Romney's sails.

But by turning election day in to a referendum on Mr. Obama's handling of the economy – that he prolonged the pain of millions of Americans, that he has overseen the worst economic recovery since the Great Depression, and that he has no real plan to create American jobs – Mr. Romney can still tap in to the deep dissatisfaction among voters.

Winning presidential elections is about carrying key battleground states, motivating the party base to show up on voting day, and winning the narrow ground in U.S. presidential politics known as the swing vote.

Between now and election day, the swing vote will be unpacked and examined. But, generally speaking, there are two types of swing voters, according to Boston University's Professor Schulman.

There are the fiscal conservatives who are moderate on social issues and suspicious of the religious right.

"[They]are most concerned about deficits, taxes, regulation – that's just who Romney was in Massachusetts and who he'll try to be by emphasizing his economic management credentials and trying not to talk about the other stuff," says Professor Schulman.

"The second are the so-called Reagan Democrats – working class whites, especially males, who don't like liberal social values, but identify with economic populism – the kind of people who favoured the auto bailout. I think it will be hard for Romney to appeal to both kinds of swing voters."

The battle for the swing vote will be intense and Mr. Romney will need to show focus and campaign trail discipline if he is to win the White House. 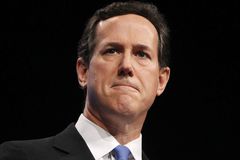 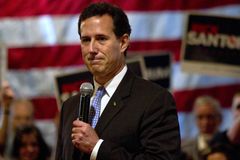 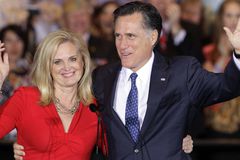 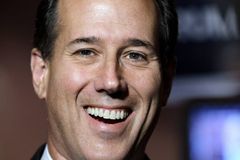 Gearing up for election, Obama calls for higher tax rates for millionaires
April 10, 2012