Stepping deeper into the political fray, Michelle Obama on Friday warned young voters against being "tired or turned off" in the 2016 election. She urged them to rally behind Hillary Clinton, "particularly given the alternative."

Mrs. Obama is emerging as one of Clinton's most effective advocates, especially with voters who backed President Barack Obama but are less enthusiastic about his potential Democratic successor. The Clinton team's biggest challenge regarding Mrs. Obama is getting the reluctant campaigner to commit to more events.

Friday's rally in Virginia was Mrs. Obama's first solo campaign event for Clinton and comes nearly two months after her star turn at the Democratic convention. Speaking to mostly students at George Mason University, she repeatedly jabbed Trump without mentioning him by name, declaring that being president "isn't anything like reality TV."

The first lady pointedly called out those who continue to question the president's citizenship "up to this very day." Drawing on a frequently quoted line from her convention speech, Mrs. Obama said her husband had responded to those questions by "''going high when they go low."

Hours earlier, Trump stated for the first time that the president was born in the United States, though he did not apologize for devoting years to promoting false allegations that Obama was not an American citizen.

Beyond her ability to take on Trump with a smile, Mrs. Obama's real value to Clinton is her wild popularity with Democratic voters, particularly young people and blacks. She vouched repeatedly for Clinton's resume and character, urging voters motivated by her husband's history-making campaigns to feel the same way about the first woman nominated for president by a major U.S. party.

"When I hear folks saying that they don't feel inspired in this election, well let me tell you, I disagree— I am inspired," Mrs. Obama said.

Clinton aides want Mrs. Obama in battleground states as much as possible between now and Election Day. Friday's rally in northern Virginia, less than an hour drive from the White House, is the only event she's publicly committed to, though the Clinton campaign expects her to make additional appearances.

"There is no other surrogate with the reach, credibility and respect she has," Palmieri said.

Clinton herself has started referencing Mrs. Obama in her campaign remarks, using her convention address as a guidepost for what she promises will be a more aspirational finish to her campaign.

"As Michelle Obama said in her fabulous speech at the Democratic Convention, when we go to the polls this November, the real choice isn't between Democrat or Republican. It's about who will have the power to shape our children for the next four years of their lives," Clinton said Thursday during a campaign stop in Greensboro, North Carolina.

That convention address ran just about 10 minutes, yet it was perhaps the most powerful of the four-day gathering. In the midst of a heated campaign, with two candidates who are viewed negatively by so many Americans, the first lady provided a striking contrast by speaking as a mother hopeful about her daughters' future.

"Part of what makes her so appealing and effective as a surrogate is that she's relentlessly positive, even when things on the campaign trail get negative," said Olivia Alair Dalton, Mrs. Obama's former spokeswoman.

Mrs. Obama has carefully cultivated her image as a devoted mother who prefers to stay out of the political fray. She sets limits on how often she's willing to campaign, even for her husband's White House races, and largely steers clear of controversial topics. And she's embraced her role as a pop culture fixture far more willingly than her role as one of the most popular figures in Democratic politics.

Unlike her husband, who forged a strong bond with Clinton during her four years as his secretary of state, Mrs. Obama does not have a particularly close relationship with the Democratic nominee, though the two are said to be friendly.

Yet the first lady is fiercely protective of her husband's legacy and has been a major player in discussions about his presidential library and other post-White House projects. And there's perhaps nothing more crucial to preserving Obama's legacy than a Clinton victory.

Bernie Sanders stumps for Clinton as she stumbles with younger voters
September 16, 2016 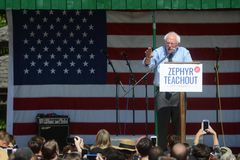 Trumpland: How this Pennsylvania county learned to love the Donald
September 16, 2016 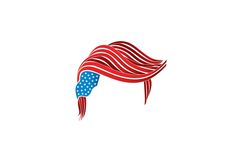 Opinion
Clinton is sick – but we should all be worried about Trump’s immunity
September 13, 2016