U.S. President Barack Obama and Mitt Romney face off in their third and final prime time debate on Monday in the critical swing state of Florida as each man looks for the knockout punch that could break their dead heat in the polls with just two weeks until election day.

On the eve of their foreign policy debate in Boca Raton, a new NBC News/Wall Street Journal survey showed the men are tied at 47 per cent.

The President has a wider lead among all registered voters — 49 per cent compared to 44 per cent for Mr. Romney — but the new poll suggested his support has weakened among women, a key demographic for Mr. Obama in his bruising battle for a second term.

The President's lead among female voters has slipped to its slimmest margin this year — from 51 per cent to 42 per cent — in the NBC/Wall Street Journal poll. Mr. Romney, meantime, still has a 53 per cent advantage among men compared to 43 per cent for Obama.

Nonetheless, Mr. Romney has to start making big gains in several battleground states — Florida, Ohio and Virginia, especially — if he's to wrest the White House away from Mr. Obama. Those states will determine the outcome of the Nov. 6 vote.

Polls in several of the battlegrounds have also tightened, though Mr. Obama still maintains an edge. Both politicians have been barnstorming key swing states in recent days and will continue to do so in the final stretch of the campaign.

Republicans say the polls prove Mr. Romney is riding a wave of momentum.

"I like what I see, because the trend is in our direction," Ohio Senator Rob Portman, a top surrogate for the Romney campaign, said Sunday. "The enthusiasm and energy are on our side."

Team Obama, meantime, put on a brave face, shrugging off the numbers by saying they've always expected a close race.

David Axelrod, an Obama senior adviser, also pointed to state polls, including another NBC /Wall Street Journal survey from late last week that showed the president ahead by eight points in Iowa and six in Wisconsin.

"We feel good about where we are," Mr. Axelrod said Sunday on Meet The Press. "We feel we are even or ahead in these battleground states."

Mr. Obama and Mr. Romney took a break from swing-state campaigning over the weekend to prepare for their final debate. The 90-minute showdown represents one of the last chances for them to win over the small but critical group of Americans who still haven't decided how to cast their ballots on Nov. 6.

Mr. Romney, meantime, spent the weekend in Florida in his own so-called debate camp.

Foreign policy has become a key issue in the final weeks of the campaign after last month's eruption of anti-American violence in Libya. The attack on the Benghazi consulate on the 11th anniversary of the Sept. 11, 2001 terrorist attacks killed four Americans, including Chris Stevens, the U.S. ambassador to Libya.

During their second faceoff last week, however, Mr. Obama bested Mr. Romney on questions about Libya, in particular when the Republican falsely asserted that it took the president 14 days to characterize the attack on the consulate as an act of terror.

The President also disarmed Mr. Romney by saying he took ultimate responsibility for what went wrong in the North African country last month.

With those memories still fresh — many commentators called it the worst moment of the debate for Mr. Romney — the Republican was expected to try to steer clear of Libya during the Florida showdown, and to instead focus on Mr. Obama's policies on Iran and Israel.

Mr. Romney has argued the administration has been soft on Iran as it builds a nuclear program and accuses Mr. Obama of damaging the U.S.-Israeli relationship.

"I think what you're going to see is Governor Romney lay out a clear agenda for how to get Iran to do the right thing," Portman said Sunday.

"They're feeling the heat, and that's what the sanctions were meant to do," said Mr. Axelrod, who also ridiculed Romney's gaffe-ridden foreign trip in July as a "Dukes of Hazzard tour of international destinations."

Will the final debate belong to Obama or Romney?
October 22, 2012
Obama, Romney hit the books as teams get ready for final debate
October 20, 2012 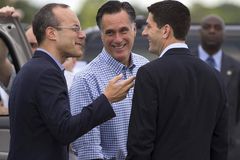 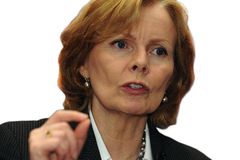