U.S. President Barack Obama said that the "highest levels" of the Russian government had authorized an operation to interfere in the American presidential election and vowed action to retaliate for the scheme.

Speaking at the White House on Friday, Mr. Obama described how he told Russian President Vladimir Putin in person in September to "cut it out" and promised "serious consequences" if Russia expanded its campaign to meddle in the machinery of U.S. elections.

"Our goal continues to be to send a clear message to Russia or others not to do this to us, because we can do stuff to you," Mr. Obama said, adding that much of the response would unfold out of the public eye.

Read more: Russia's influence: When will Trump get out from under Putin's heel?

He urged president-elect Donald Trump to back a bipartisan investigation into the Russian effort and called upon Republicans and Democrats to unite in order to prevent future foreign influence in U.S. elections. This "shouldn't be a source of argument," Mr. Obama said. It's important "to make sure we don't create a political football here."

U.S. intelligence agencies believe that Russia engaged in an unprecedented initiative to intervene in American politics, partly through cyberattacks on the Democratic National Committee to steal e-mails that were later released by WikiLeaks. According to media reports, the intelligence agencies have also concluded that one goal of such meddling was to tip the presidential election in favour of Mr. Trump.

Russia strongly denies such conclusions. Mr. Trump, meanwhile, has repeatedly dismissed them as "ridiculous." He has refused to recognize Russia's involvement in the cyberattacks and asserted that the Russian hacking was not discussed prior to the election (it was). On Thursday, he suggested on Twitter that the concerns about Russian interference were a form of sour grapes in reaction to his victory. Mr. Trump's stand puts him at odds with members of his own party. Several senior Republican members of Congress have voiced their support for an investigation into Russia's actions and defended the assessments of U.S. intelligence agencies. Some Republicans believe only a limited probe is necessary, while Democrats are pushing for a separate, independent commission to scrutinize the cyberattacks.

The regard in which the president-elect holds Russia's leadership is shaping up to be a flashpoint in his relationship with Republicans in Congress. Throughout the presidential campaign, Mr. Trump voiced admiration for Mr. Putin. Mr. Trump's nominee for secretary of state, Exxon Mobil chief executive Rex Tillerson, has had a long and close relationship with the Russian leader.

Mr. Obama has ordered an intelligence review of the Russian hacking to be completed by the time he leaves office on Jan. 20. On Friday, he pushed back against Mr. Trump's strategy of casting doubts on the work of American intelligence agencies. Playing down the situation is equivalent to believing that the staff of the U.S. Federal Bureau of Investigation and the Central Intelligence Agency "are less trustworthy than the Russians," said Mr. Obama.

In his press conference just before leaving for a two-week holiday, Mr. Obama lamented the hyper-partisan atmosphere of American politics, which turns nearly every question into a pitched battle between Republicans and Democrats. He referred to a recent Economist/YouGov poll that showed 37 per cent of Republican voters now have a favourable impression of Mr. Putin, the former head of the KGB. "Ronald Reagan would roll over in his grave," Mr. Obama said. "How did that happen? It happened in part because for too long, everything that happens in this town, everything that's said, is seen through the lens, 'Does this help us or hurt us relative to Democrats?'"

Mr. Obama said that the same divided atmosphere had made him react in a restrained manner to the Russian attacks prior to the election. He said his chief concern was "making sure the integrity of the electoral process was not damaged" and knew that any statement he makes is "immediately seen through a partisan lens."

As a result, Mr. Obama did not personally announce that his administration believed Russia was interfering but left that job to U.S. intelligence agencies. And he steered clear of discussing the possible electoral impact of Russian moves, which worked to the disadvantage of Hillary Clinton, Mr. Trump's Democratic opponent. "We were playing this thing straight. We weren't trying to advantage one side or the other," Mr. Obama said. "Imagine if we had done the opposite. It would have become one more political scrum."

At a gathering of Democratic Party fundraisers on Thursday night, Ms. Clinton said that she believed Mr. Putin had ordered a cyberattack on the Democratic National Committee as a form of payback. In 2011, while serving as Mr. Obama's secretary of state, Ms. Clinton publicly questioned the validity of parliamentary elections in Russia, which Mr. Putin's party won. Mr. Putin "is determined not only to score a point against me – which he did – but also to undermine our democracy," said Ms. Clinton, according to an audio recording provided by The New York Times. "This is part of a long-term strategy to cause us to doubt ourselves, and to create the circumstances in which Americans, either wittingly or unwittingly, begin to cede their freedoms." 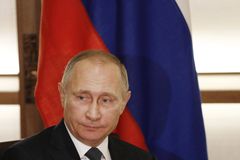 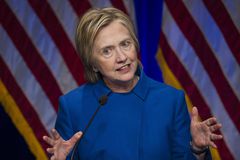