It was described, over and over, as a movement made up of blue-collar victims of a faltering economy whose lives have been changed by trade and immigration. But when it came to the crunch, it turned out that Donald Trump's backers were something else entirely: Both far more numerous and much less economically marginal than believed.

Here in Sarasota, the Florida city that was arguably the birthplace of Donald Trump's presidential ambitions, the people wearing his trademark red baseball caps as they cheered his victories at an election-night rally Tuesday sure didn't resemble the Rust Belt economic victims often described as his core supporters.

"We're doing pretty well for ourselves, sure, but we're really mad about what Obama's doing to this country," real estate agent Dave Mattson, 66, said as he and his wife, Wendy, anxiously watched the results at a seaside hotel. He, like almost everyone else here, is white, older, and a more-than-comfortable member of the middle class. And, it turns out, he's pretty close to being an average Donald Trump voter.

John Ibbitson: Although Trump won the election, fears of an American decline are premature

It appears that the Trump movement was much more about people like the Mattsons than it was about the poverty-stricken victims of globalization portrayed by the Trump campaign.

Hillary Clinton attempted to build her electoral base on the Obama coalition of college-educated white voters, especially women; and on minorities, who made up almost 40 per cent of her supporters. It was here that her support seemed to collapse: Exit polls showed Ms. Clinton won 65 per cent of Latinos, versus 71 per cent for Barack Obama, and 88 per cent of black voters, down from 93 per cent.

The Trump movement has dramatically remade the U.S. electoral map, mobilizing a whole new base of voters who hadn't previously either voted Republican or voted at all. Those voters were mainly white, older, and more male than female. The big surprise was how many white women without postsecondary education voted for Mr. Trump: 62 per cent, versus 34 per cent for Ms. Clinton.

But were they people suffering from the effects of a globalized world of greater trade and migration?

Americans who voted for Mr. Trump appear to have higher incomes than average. One analysis earlier this year found that Trump voters have a median household income of $72,000 (U.S.), more than the $62,000 average U.S. household income and more than Clinton voters earn. Even among his low-education white voters, only 14 per cent earn less than $50,000 a year, according to one survey.

Mr. Trump's core strategy was built around a surprising U.S. reality: The number of white adults with no postsecondary education is about the same as the number of black, Latino and Asian voters combined.

His campaign relied on these voters in two ways: By tailoring messages to the economic anxieties and resentments of undereducated whites in a global economy, but also with attacks on Latino, Muslim and black communities.

A large-scale study published on Nov. 2 by two researchers from Gallup – Jonathan Rothwell and Pablo Diego-Rosell – analyzed 125,000 U.S. voters and found that Mr. Trump's supporters do not fit the candidate's narrative.

They found that voters with favourable views of Mr. Trump are indeed less educated and typically blue-collar. But the study confirmed that they have higher-than-average incomes and found that they are "no more likely to be unemployed or exposed to competition through trade or immigration" than average Americans or Clinton backers.

In fact, places that have been strongly affected by trade or immigration do not find much Trump support.

But the study did find that Trump supporters are overwhelmingly found in places with high levels of segregation (where white voters have little day-to-day exposure to minorities or immigrants) and with high levels of dependency on social security and other government income sources.

It could be that Mr. Trump's generally comfortable white voters are driven by resentment of less prosperous neighbours they see receiving government assistance (and thus raising taxes). "These are relatively well-off, less-educated blue collar workers who see poorer blue-collar whites who are suffering," Washington-based political writer Dylan Matthews concluded, "and view them as undeserving recipients of government aid. That's less a story about personal anxiety and more one about class politics."

Another approach to the Trump phenomenon was taken in October by a team of researchers led by Prof. Raul Hinojosa Ojeda at University of California, Los Angeles. They analyzed the census and economic data of thousands of counties across the United States with high levels of Trump support against his campaign claim that "America ceased being great because of illegal immigrants and trade agreements that take U.S. jobs."

What they found was the opposite: a negative correlation between Trump support and "the population size of Mexican immigrants" or "import competition from Mexico or China." In fact, they found that Trump-supporting counties are those most likely to have high levels of exports to Russia and China and therefore to have gained from trade agreements.

In fact, only 2 per cent of U.S. counties had both majority Trump support and high levels of immigration or trade.

Combine that with the higher incomes and employment levels of Trump backers and the narrative of economic disenfranchisement falls apart.

What, then, did unite so many voters – about 90 per cent of them white and six out of 10 of them without more than a high-school diploma – behind a figure such as Donald Trump, whose racially charged populism would previously have been on the fringes of politics?

One may be fear of a changing world that leaves them feeling exposed: White low-education adults have fallen from 60 per cent to 40 per cent of the population since 1980s, and these studies all find that Trump voters are most likely to live in racially and ethnically segregated regions dominated by old-economy jobs.

This sense of potential (rather than real) vulnerability and anger at the changing political and security realities of the 21st century stand out among Mr. Trump's supporters; it's what they keep repeating in interviews. And it might mean that his narrative of trade and immigration wasn't what caused so many people to rally behind him – his personality, his anger and his outsider status were far more important. 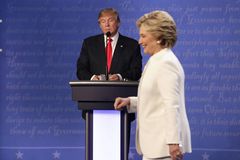