Senatorial candidate Elizabeth Warren took the first shot at the doyenne of unfettered capitalism and the author of the 55-year-old doorstopping novel Atlas Shrugged: "The Republican vision is clear: 'I've got mine, the rest of you are on your own,' " she told her fellow Democrats.

Former president Bill Clinton made an even clearer dismissal: "We believe 'We're all in this together' is a far better philosophy than 'You're on your own.' "

As delighted as the Democrats were to raise the spectre of Rand, the Republicans the week before were keen to banish it.

"The truest measure of any society is how it treats those who cannot defend or care for themselves," said Republican vice-presidential candidate Paul Ryan, directly repudiating his former advocacy of Rand's philosophy of radical selfishness.

Nothing demonstrates the author's abiding influence more powerfully than the desperate attempts of her newly most-prominent acolyte to shrug it off.

To care for others, Rand remonstrated in all her pages of lecturing prose, is to invite doom. Altruism is "contemptible evil" and taxation a form of slavery that will inevitably "destroy those without whom we would not be able to survive" – i.e., capitalists. And those who cannot defend or care for themselves – such as the disabled – should be left strictly to their own devices.

"Misfortune is not a claim to slave labour," she declared.

Before he rose to join the presidential ticket, Mr. Ryan said Atlas Shrugged "taught me quite a bit about who I am and what my value systems are," adding that it "inspired me so much that it's required reading in my office for all my interns and my staff." Today, he is equally insistent that his lifelong enthusiasm was just a youthful misunderstanding.

But such flips are commonplace in politics. What's remarkable is the continuing impact of this famously turgid novel, first published in 1957 and almost universally condemned as unreadable by literary critics ever since.

Originally published in a then-audacious print run of 100,000 copies, Atlas Shrugged currently finds almost half a million buyers a year, its late-life success mirroring the rise of Tea Party extremism in U.S. politics. Its fans see a remarkable overlap between the big-government policies of President Barack Obama's administration and the dystopian fantasy world of Atlas Shrugged, which is so disabled by government interference that its heroic capitalists throw off their chains, go on strike and let it burn.

In bailing out banks and auto companies, many pundits and bloggers have charged, Mr. Obama was acting out the very moral drama imagined by Rand, setting off a "downward spiral," according to one Wall Street Journal editorialist, that will continue "until the productive sectors of the economy collapse under the collective weight of taxes and other burdens imposed in the name of fairness, equality and do-goodism."

Although many on the religious right are leery of Rand's stern atheism, Atlas Shrugged has become holy scripture among popular right-wing television pundits. Protesters at Tea Party rallies hold signs reading, "Who is John Galt?" – the first sentence of the novel – and "Abolish Socialism or Atlas will Shrug." Libertarian presidential candidate Ron Paul is a devoted fan.

Rand's ascendance may offend liberals and traditionalists alike, but it is admirable in one important respect, according to Yale University history professor Beverly Gage. Unlike modern liberals, Prof. Gage argued in a recent article, conservatives are eager to embrace ideas. And the political canon they have assembled, with Atlas Shrugged on the top shelf, is a vital resource in sustaining their movement.

Without a similar vision, she wrote, "liberals have no coherent way of explaining where we're headed, or of measuring how far we've come."

Politics alone can hardly explain the continuing fascination with Atlas Shrugged, which despite its age is curiously modern. Fantasy was rare and science fiction marginal in the 1950s. Comic-book superheroes combatting implacable evil were strictly for kids. Today, all these strains are the basic stuff of pop culture.

Rand's wizardly hero, John Galt, defending virtue with a cult of helpers in a secret paradise that is hidden by a "ray screen" and powered by a magic engine, is Harry Potter-plus – beguiling to children of all ages.

"There are two novels that can change a bookish 14-year-old's life: The Lord of the Rings and Atlas Shrugged," screenwriter John Rogers said in a widely cited 2009 blog post. "One is a childish fantasy that often engenders a lifelong obsession with its unbelievable heroes, leading to an emotionally stunted, socially crippled adulthood, unable to deal with the real world. The other, of course, involves orcs."

Where once readers grew out of Ayn Rand, today they grow into her, in a culture that shuns the moral complexity that bedevilled literary imaginations in the anti-heroic 1960s. Some of her most ardent followers are key figures in the transformation of comic books from the disrepute they suffered in Rand's time to cultural dominance today, such as Steve Ditko, co-creator of Spider-Man, and Frank Miller, creator of the Dark Knight Batman comics.

Like Galt and his allies in Atlas Shrugged, comic-book heroes are typically arch-outsiders who disguise their true identities and stoically accept the opposition of an unenlightened public as they work selflessly to save the world from itself.

And, like Rand's, comic-book villains are not merely misguided or venal but evil incarnate, implausibly devoted to destruction for its own sake. With nihilist do-gooders James Taggart in Atlas Shrugged and Ellsworth Toohey in The Fountainhead, Rand set the stage for the Joker, Voldemort and all the other uninflected Satans that mass culture currently prefers.

Read in a slightly softer light, Atlas Shrugged also heralded the trendiest fantasy genre of the 21st century, "steampunk," which turns its back on modern technology to imagine past worlds dominated by huffing and puffing machines. The book's anachronistic obsessions with metallurgy, magic machinery, railways, smokestack manufacturing and other artifacts of the last century mark it as ultrahip nostalgia in the digital age.

There are no computers running the world in Atlas Shrugged, and no smooth-talking financiers. Its heroes are people who make vitally useful things from tangible materials, such as toilet seats made from miraculous "Rearden Metal." Nothing is plastic.

Such features made no impression on Rand's fellow travellers in the anti-communist movement of the 1950s. What they saw – a vision as obscure to modern readers as our nostalgia would be to them – was an image of the totalitarianism they feared most.

Famed anti-communist (and former Soviet spy) Whittaker Chambers was the first to make the connection in a devastating piece in William F. Buckley's then-new National Review. Under the title Big Sister Is Watching You, it eviscerates Atlas Shrugged as "remarkably silly" and ideologically repugnant: "I can recall no other book in which a tone of overriding arrogance was so implacably sustained. Its shrillness is without reprieve. Its dogmatism is without appeal."

Chambers's conclusion: "From almost any page of Atlas Shrugged, a voice can be heard, from painful necessity, commanding: 'To the gas chambers – go!' "

Indeed, Rand offers no sunny havens for true believers. In addition to an abstract ideology that condemns all but a favoured minority of technocrats as "looters," her writing is shot through with revolutionary violence – constant destruction in the name of a righteous cause.

The Fountainhead climaxes when superhero architect Howard Roark blows up his own buildings. Atlas Shrugged revels in social collapse, laid at the feet of do-gooders. The novel's central symbol – apart from the illuminated dollar sign that John Galt's cultists worship so reverently – is an enormous tower of perpetual fire ignited by an oilman indignant about interference with his wells.

Then there is the ending, in which the cultists emerge from their secret valley to rebuild a world conveniently cleansed of all "looters" – i.e., other people – and their messes: cities, government, schools, et cetera.

This distressing vision ultimately wrecked the book's chances of becoming a major Hollywood film and entrancing the masses. Canadian-born producer Al Ruddy spent years trying to bring it to screen with genuine stars, only to give up after Sept. 11, 2001.

"At the end of Atlas Shrugged, mills, ships and mines are blown up," Mr. Ruddy told The New York Times last year. "And I thought, wait a second, do people really want to see a movie about America being blown up and destroyed?"

Judging by the commercial and critical failure of a recent independent production ("a stilted, anachronistic curiosity," according to The Globe's Liam Lacey), the answer is no. Nonetheless, part 2 (of three) is due to be released soon – in time, its amateur producers hope, to swing the election in favour of Mitt Romney and Mr. Ryan.

The latter's sudden apostasy is clearly not going to help that cause. But memories are short, and the printing presses keep rumbling.

"Atlas Shrugged is the most important novel of the 20th century," maintained Mr. Ruddy (who earlier in his career produced The Godfather). "It will rise again."

Ayn Rand is far from the only political darling of the literary world. The right may have a more defined reading list, as Professor Beverly Gage recently argued, but commenters replied that progressives are skeptical of fixed canons and dogma. (Many even claimed that the liberal canon is world literature.) Still, here are some of the enduring authors – ranting pundits such as Ann Coulter and Michael Moore excluded – on each side of the U.S. political spectrum. 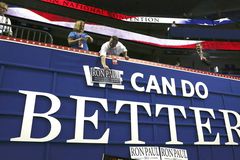 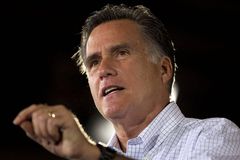