U.S. President Donald Trump is complaining about Canadian trade practices while threatening some as-yet-undefined international tax that has revived fears he might be contemplating new American import penalties.

The president made the remarks at the White House on Monday while unveiling a long-awaited infrastructure plan. During a lengthy session with reporters, he complained about countries considered allies of the U.S.

He mentioned one directly to America's north.

"Canada does not treat us right in terms of the farming and the crossing the borders," Trump said.

"We cannot continue to be taken advantage of by other countries."

It's unclear what he was referring to. In the past, he has complained about Canada's dairy controls and softwood lumber. Administration officials have also expressed anger over Canada's wide-ranging attack at the World Trade Organization on the U.S. system for imposing duties.

Meanwhile, the White House downplayed the tax threat Monday and various U.S. media outlets said there was nothing imminent.

Trump did promise more clarity on a new tax. More details could be coming this week, he suggested.

"We are going to charge countries outside of our country – countries that take advantage of the United States," Trump said. "Some of them are so-called allies but they are not allies on trade. ... So we're going to be doing very much a reciprocal tax and you'll be hearing about that during the week and the coming months."

It's unclear what type of tax he's referring to. Earlier this year, the administration dropped the idea of a border-adjustment tax in its since-passed fiscal reform, because of widespread opposition on Capitol Hill.

The confusion was compounded by several factors:

He complained that the U.S. brings in products tariff-free and other countries sometimes charge more than 50 per cent tariffs on the same product: "Harley-Davidson. They're treated very unfairly in various countries. You know the countries I'm talking about," Trump said. "So we're going to be doing very much a reciprocal tax."

Those motorcycle tariffs are highest in Asia – they don't exist in North America.

Several trade experts contacted Monday confessed to some confusion about what the president was threatening. Dan Ikenson of the Cato Institute said the only action he could think of might violate international trade law.

It involves a rarely used retaliatory measure from a 1974 U.S. trade law.

"Could be anything, but nothing he could do, while remaining true to the trade rules," Ikenson said.

"Presumably, he could invoke Section 301 (of the 1974 U.S. Trade Act) and threaten to impose taxes to mitigate, countervail, reverse foreign practices that he finds unfair. (That) could pass muster with U.S. law, but not WTO rules." 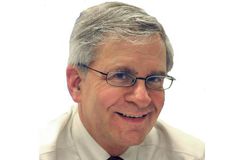 For 'Dreamers,' this week could bring a breakthrough – or a new nightmare
February 12, 2018 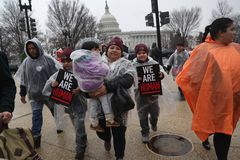