In the countdown to the contentious renegotiation of the North American free-trade agreement, U.S. President Donald Trump is holding firm to a controversial promise that would upend a quarter-century of globalization on the continent: slashing America's long-running trade deficit.

But whether the trade deficit is actually a problem at all is a matter of debate among economists. And some experts and businesses warn that tackling the deficit by restricting imports from foreign countries could damage the U.S. economy and exacerbate the problems Mr. Trump is trying to solve.

What's more, Mr. Trump's approach contradicts much of his own Republican Party's free-market orthodoxy – an important factor in the United States, where Congress must sign off on any trade deal.

Opinion: Will Trump use the 'madman' strategy in NAFTA negotiations?

The United States' NAFTA partners, meanwhile, are trying to find ways to allow Mr. Trump to claim victory on the pledge while circumventing it – such as by opening markets further and allowing the U.S. to boost its exports without undercutting the current agreement.

When negotiations get under way Aug. 16 in Washington, Canada and Mexico will primarily be pushing to preserve as much of the current market access as possible, while easing restrictions in some areas – looking for greater labour mobility, particularly for professionals, for instance. And on some matters, such as updating the deal to cover digital commerce, all three countries are broadly aligned. But it is the U.S. determination to deliver a victory for Mr. Trump's "America first" agenda that could dominate the talks.

The President's trade czar, Robert Lighthizer, cited the trade deficit with Mexico as the top problem with the North American free-trade agreement. "The result of that is there are a lot of people in Ohio and in industrial states that lost their job," he said in an interview with radio host Kevin McCullough outside the White House last month.

Mr. Trump blames this deficit on companies moving jobs, particularly in the manufacturing sector, to Mexico, China and other countries. He also contends that "cheating" by other countries – such as by offering government subsidies to their own firms to better compete with American ones – is behind the deficit.

The President's argument is fairly straightforward: If more of those goods and services were purchased from American companies instead of foreign ones, it would create more jobs in the United States. "It's very unfair for them to take our companies, build their cars, and then sell the car back into our country," Mr. Trump told The Wall Street Journal last month.

The United States' trade deficit with Mexico last year was $55.6-billion (U.S.), driven largely by consumer goods – from autos to T-shirts – manufactured south of the border and imported by the United States. The deficit in goods trade was $63.2-billion, while on services, the country ran a $7.6-billion surplus.

The Trump administration seems less concerned with the U.S. balance of trade with Canada: Last year, it was $12.5-billion in the United States's favour – a $12.1-billion deficit in goods, offset by a $24.6-billion surplus in services. The reason for the goods deficit is largely imports of oil by the United States, which cannot produce enough on its own to meet demand.

Mr. Lighthizer's 17-page list of objectives for the NAFTA talks includes: "Improve the U.S. trade balance and reduce the trade deficit with the NAFTA countries" as the top goal. The list offers no details how this will be achieved and Mr. Lighthizer did not elaborate in his interview with Mr. McCullough. Mr. Lighthizer's office declined to answer questions or to make him available for an interview.

But to some trade experts, the trade deficit is a red herring.

The U.S. economy has expanded nearly 1,000 per cent since 1976, when the country started consistently running trade deficits, according to World Bank statistics.

According to numbers from the U.S. Chamber of Commerce, trade in the NAFTA zone has jumped to $1.3-trillion last year from $337-billion in 1993, the year before the deal came into effect.

The Trump administration appears to see trade as some sort of zero-sum game, when it is actually about creating the maximum wealth possible for every country, said Daniel Ikenson, head of trade policy research at the Cato Institute, a Washington-based free-market think tank.

"They see trade as a team sport competition between nations, and it's really not. It's not a contest," Mr. Ikenson said in an interview. "The important metrics are total trade and total economic growth. It doesn't matter what the balances are. They would sacrifice economic growth just to have trade balance."

While it is true that, because of free trade, some companies will fail or move to other countries when exposed to new competition, Mr. Ikenson argues that, as the market becomes more efficient, it creates new jobs in other industries. Cheaper T-shirts imported from Mexico, for instance, free up money for American consumers to spend on other goods from local companies or put aside as savings that are then invested in startup firms in areas where the United States has an advantage – software development, for instance.

"You see a company go out of business, a factory that closes, but what you don't see are the resources that have been saved that enable the emergence of a new company," Mr. Ikenson said.

The efficiencies enabled by free trade also mean that many goods are no longer simply made in one country and sold in another. Rather than competing against each other, the countries instead manufacture products together.

Stephen Lamar, executive vice-president of the American Apparel & Footwear Association, cites the example of a pair of jeans: Cotton grown in Texas is spun into yarn at a mill in Alabama and turned into denim at a factory in North Carolina, before being cut into panels and sewn into the finished clothes at a plant in Mexico, then shipped back north for sale to American consumers.

"What ends up in your closet is a pair of jeans that says 'Made in Mexico,' but there's all this U.S. content that goes into it – not only the physical material, but also the intellectual property, the design, the quality control … 70 per cent of that pair of jeans is going to be U.S. value," he said in an interview at his Washington office.

Economists also argue that the primary cause of the trade deficit isn't actually cheating by trading partners – such as doling out corporate subsidies or writing rules to advantage local companies over U.S. competitors. Rather, they say, it has more to do with foreigners investing in the United States by buying property and other assets, or snapping up debt.

"The administration's focus on the trade deficit as somehow the fault of our trade partners is misplaced," said Barry Bosworth, senior fellow in economic studies at the Brooking Institution in Washington. "The overall trade deficit is a direct reflection of the notoriously low rate of U.S. saving relative to our investment needs … we import resources from abroad beyond our exports to pay for those needed investments."

What's more, if the United States were to attempt to balance the trade deficit with a specific country – say, by restricting imports from Mexico – the deficit would merely shift to other low-wage jurisdictions, as companies that had been based in Mexico moved elsewhere, Mr. Bosworth contends.

"The distribution of that deficit among our trading partners is of little economic consequence – similar to the old adage of whack-a-mole," Mr. Bosworth wrote in an e-mail. "If we shut off trade with Mexico, it will expand with other low-income countries with comparable production networks."

Under the principle of the balance of payments, money that moves overseas to buy imports returns to the United States in the form of investment: This is because a country has to have the money to purchase its imports. If Americans are buying more imports than they are exporting, they must be getting the money from investments.

"I don't think it's the end all, be all, in terms of assessing trade agreements," he told The Globe and Mail in the hall of the U.S. Capitol. "I know the President thinks the trade deficit is an important indicator of the fairness of these trade agreements. I'm not sure that view is broadly shared."

Some have accepted that there is no changing the President's mind on the deficit. The game, instead, is to get around it without doing any harm to trade – such as by boosting exports without restricting imports.

Patrick Ottensmeyer, CEO of the Kansas City Southern Railway Co. – which does much of its business hauling goods back and forth across the U.S.-Mexico border – suggests taking advantage of the opening of the Mexican energy market by selling more oil and gas to Mexico.

NAFTA's chapter on energy currently only applies to the United States and Canada – Mexico wouldn't sign on to it in 1994 because, at the time, oil and gas were under a government monopoly; bringing Mexico under the energy chapter could entrench the country's recent opening up to foreign oil companies and encourage more U.S. firms to get in on the action.

At a Mexico City conference he attended in the spring with Canadian Foreign Minister Chrystia Freeland and her Mexican counterpart, Luis Videgaray, Mr. Ottensmeyer said the message from NAFTA's two junior partners was that they also understood this as a possible way around the deficit fixation.

Canada has 'no grounds' for optimism in NAFTA talks: ex-U.S. envoy Burney
August 9, 2017 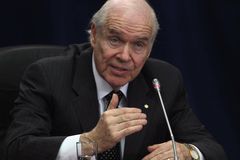 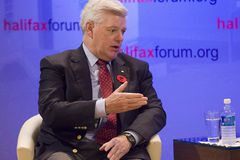 Canadians’ NAFTA fears rise as Trump sours on dairy, poll finds Subscriber content
August 7, 2017
Follow Adrian Morrow on Twitter @adrianmorrow
Report an error Editorial code of conduct
Due to technical reasons, we have temporarily removed commenting from our articles. We hope to have this fixed soon. Thank you for your patience. If you are looking to give feedback on our new site, please send it along to feedback@globeandmail.com. If you want to write a letter to the editor, please forward to letters@globeandmail.com.
Comments